The Starlight Dance - Late Fifties Glamour at the Arena

I discovered another interesting event at the Arena the other day.

On 31st May, 1958, a music event was held at the Arena when people flocked to see the top artists of the day including Vera Lynn, James Kenny, Matt Monro, Petula Clark, Dennis Lotis, Marion Ryan and Laurie London.

The concert was called the Starlight Dance and it has been referred to as the start of what is thought of today as the full-scale arena concert.

It was a charity event put on by the Stars Organisation for Spastics. The presenters were Vera Lynn and Cyril Stapleton.

The full line-up was:

Eric Delaney And His Band 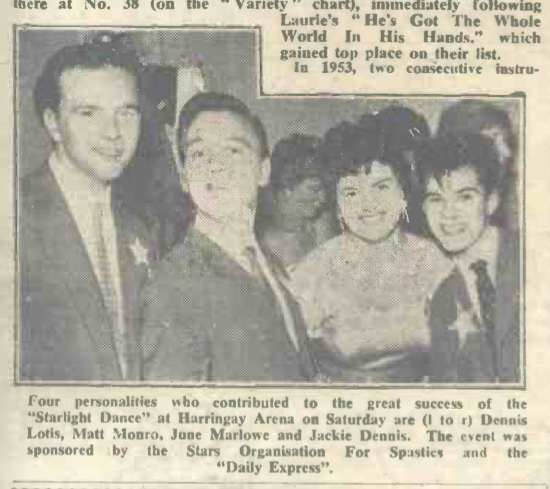 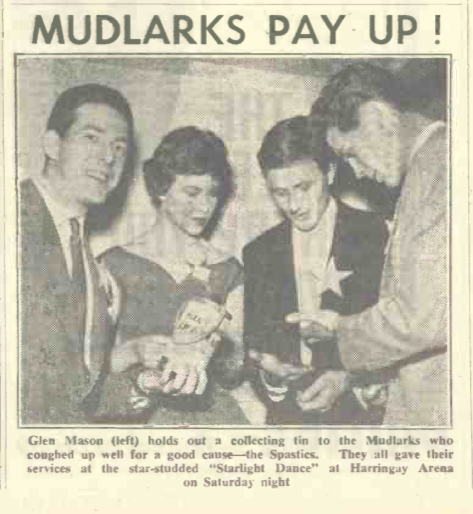 Updated with additional photos and information.

I remember The Mudlarks' cover version of Lollipop - and how young Matt Monroe appears!  It was a few years before he became really popular.   The Arena was ideal for this kind of charity concert.  I was still at school so it would have been out of my league.

Oh wow what a line up that was !  All those faces on one bill, unbelievable.   Harringay's answer to The London Palladium offerings.