This was the scene at the height of the morning rush hour in Wednesday 22 June as yet another long vehicle attempted to take a short cut from Salisbury Road and up Warham Road to deliver to Jewsons.  For almost an hour locals tried to help the driver extricate himself from the junction and in the process his vehicle managed to damage at least one car.

Traffic was at a standstill and the queue that formed from the top of Warham to Green Lanes eventually had to reverse out followed by the the long vehicle, which was guided in reverse back to Green Lanes by a police officer. 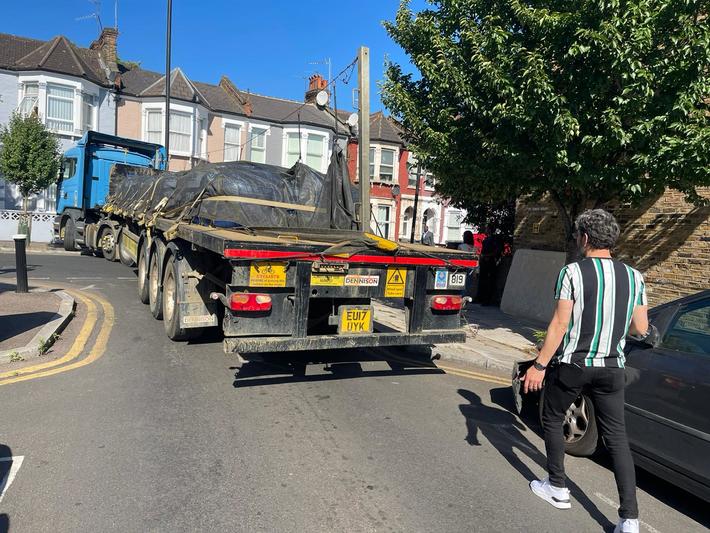 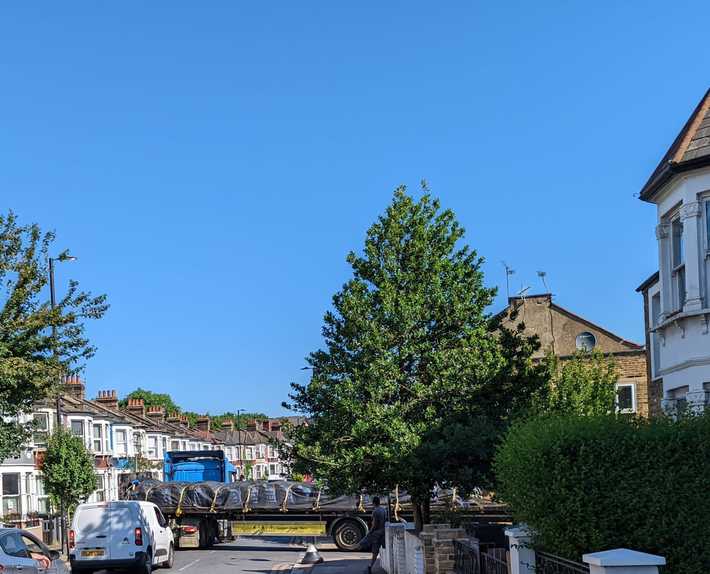 A one off?  Well, this was what happened at precisely the same spot on 7 June. 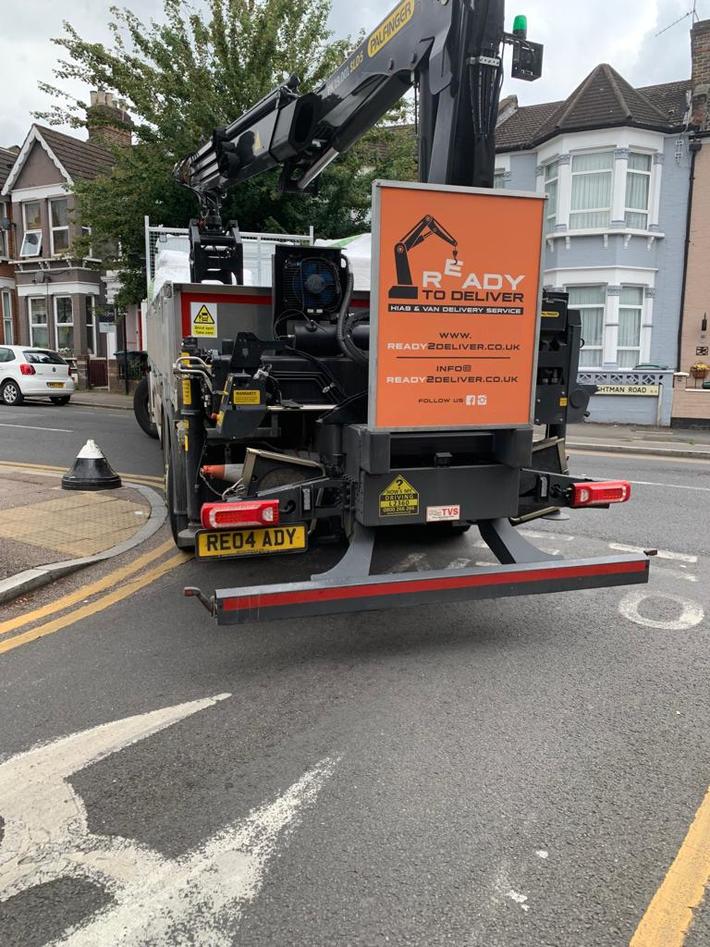 To my knowledge it has happened at least two times before.  Warham Road residents have been in contact with ward councillors asking them to seek an urgent meeting with senior highways officers in Haringey to press them to make changes to stop our street being used as a rat run for heavy goods vehicles.

Have you any idea what business this banner refers to?  It seems to read H*LLLEY CLINIC LONDON.

I'd be inclined to just take it down and lay it on the ground next to the bins so it gets taken away.


But, I think, as per the sub-thread lower down, once a leviathan lorry has got this far, it's stuck whichever way it goes. The warning/access restriction needs to be well before they even get near Salisbury Road.

Thanks for looking into this. I wonder if the better solution would be to have the no entry signs along St Anns warning lorries no to turn into Salisbury Rd? Otherwise, they would travel up Salisbury Rd until the intersection with Green Lanes, see the no entry to Warham sign and be left with nowhere to go (right turns are barred, the road is too narrow to turn left and reversing would be impossible). I worry that a lorry driver caught in this predicament would bung up both St Anns and Green Lanes. In peak hour that would in turn bung up a big chunk of North London's traffic.

You’re quite right, Dan. Like the rest of us, it seems like no one at the council had worked that one out!

Absolutely Dan.  A vehicle the length of the one that got stuck would find it hard to make a right turn out of Salisbury, even the 341 bus has to pull out over two lanes to get out.  If one could even  turn the corner at the junction of Harringay Road then from Colina Road on to Green Lanes is debatable. There is no suitable route at this end of Green Lanes and vehicles such as these need to be made aware of that before even attempting it.

You’re right. The warning probably needs to be well before Salisbury.

Reminds me of when a full car transporter driver decided to use Trinity Road as a shortcut between Bounds Green Road and the High Road and met the gate halfway along. He managed to reverse out of it though, with no help.

Wasn't there a proposal to reverse Warham? Did that never happen?

There was indeed Andrew. Zena Brabazon has posed exactly that question (see her post above)

It's ok, looks like the council has it covered