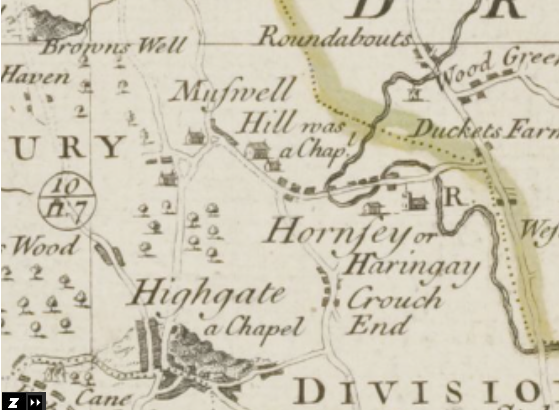 This is a new one on me. This 1723 map is by far the earliest cartographic mention I've seen made of Harringay. It's true that the mapper opted for a spelling with a single 'r' as opposed to the version we use today. It's also the case that it refers to the wider Hornsey area that encompassed the 'Ladder land' as well as present day Hornsey, but it's still a fascinating link in the chain of our neighbourhood's direct line back to Saxon chieftan Haering. (Both variants  stem from Haerings-hege (pronounced Harings-hey) meaning Haering's enclosure)

Up till now I'd thought that by the eighteenth century, for most purposes the Har(r)ingay derivation had fallen into disuse in favour of the Hornsey one in all but manorial records, where it dominated. However this map offers an alternative perspective. It suggests that perhaps "Harringay" had survived in local parlance as well as the manorial one. It might suggest that when Edward Gray built Harringay House not much more that a half century after this map was published, his adoption of "Harringay" was less a revival, as has been claimed, and more of an adoption of a still living word.

Interesting to see Duckett's farm on there.

I think that 1723 was still the period where we had a non-uniform spelling system in England, no? Folks spelt stuff as they wanted half the time until it was properly systematised.

I meant to share these, taken some time back from maps on display at Forty Hall. I have more somewhere, I have to find them. The larger pic is not good quality (shaky hands), but the zoomed in detail is a bit clearer.

The road that runs form Hornsey to where I guess the cricket pavilion would have been in what is now Finsbury Park is an interesting detail. 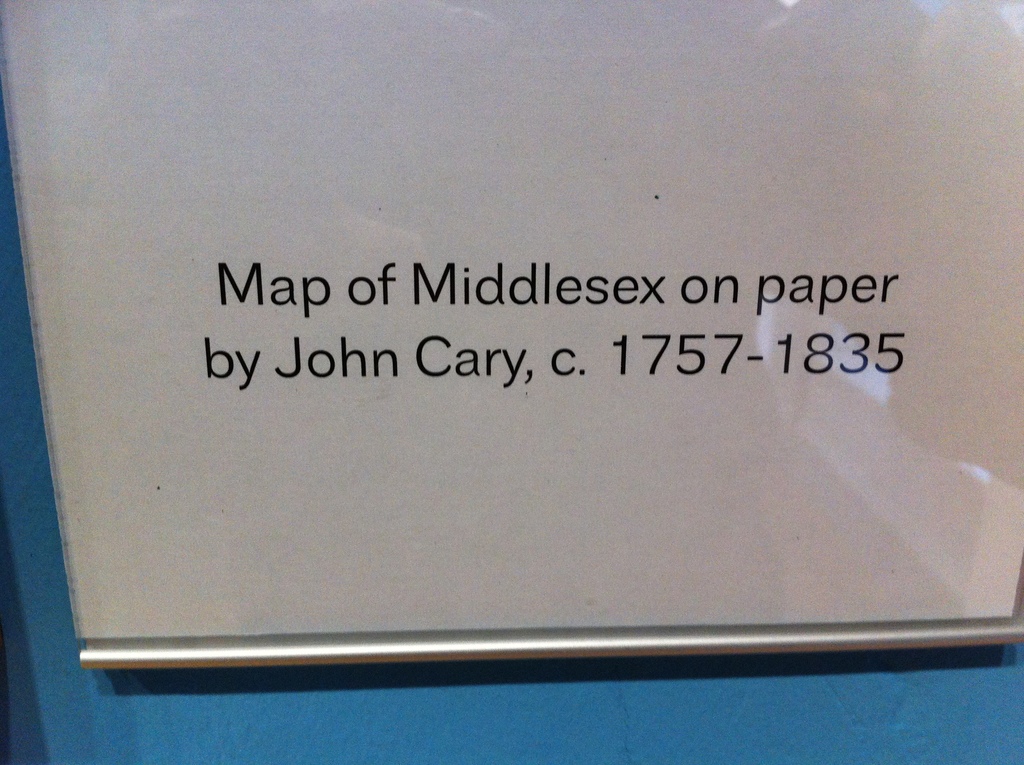 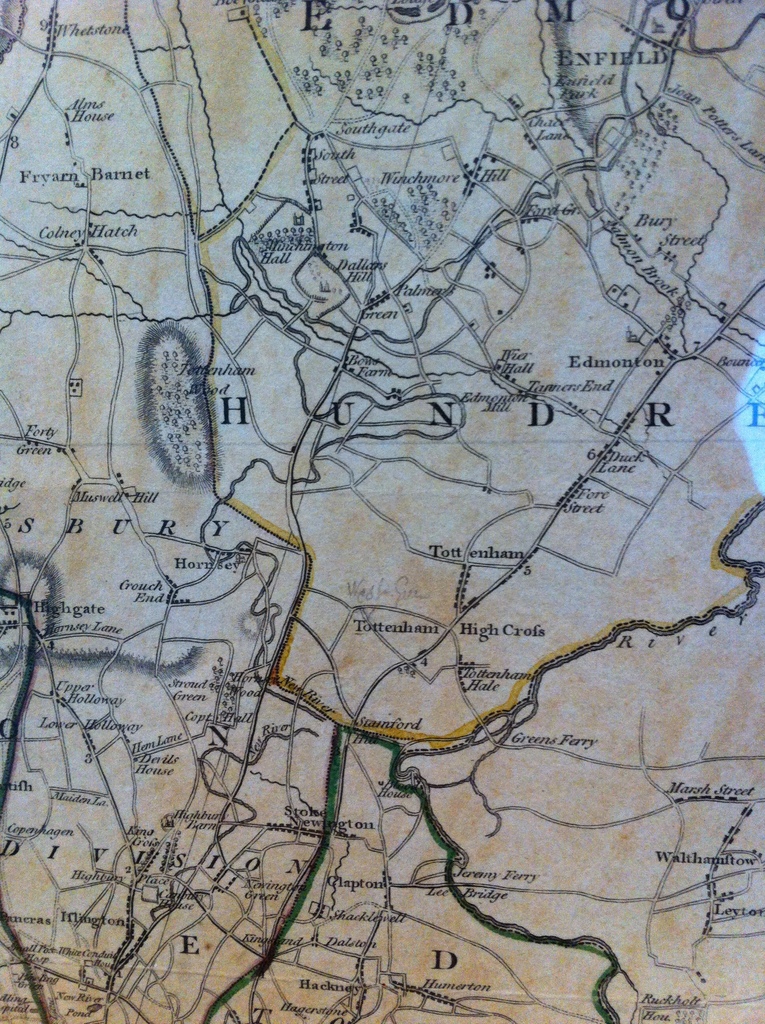 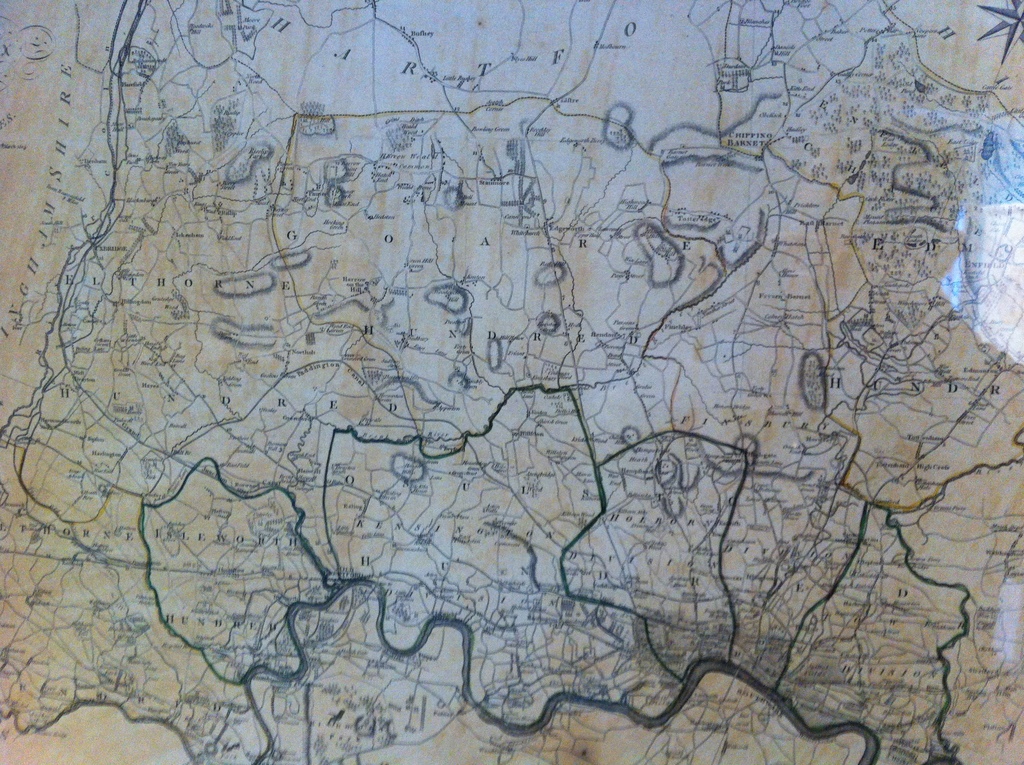 I think 1723 was towards the end of the period when spellings weren't standardised. By this point spellings were getting to the point when they were settled.

I don't know to what extent that was true of place name spellings. What we do know is that in the early part of the last century S. J. Madge spent thirty years studying the etymology of Harringay/Hornsey and found 163 recorded variations.

The Cary map you show above has always been the go-to map for 18th century Middlesex. His use of 'Hornsey' has contributed to the conclusion that by this time it was pretty much the standard form for 'Haeringshey'. The 1723 map offers an alternative narrative.

I've come across other local instances where historical opinion becomes historical fact. Another was the notion that a Tudor manor house used to stand where Harringay House was built. This was a widely quoted 'fact' in histories of Middlesex. Eventually all references led to one publication which apparently didn't make the claims attributed to it. Here's a footnote I added to one of my Wikipedia articles:

Sherrington, R.O. (1904). Story of Hornsey. F.E. Robinson & Co. It should be noted that whilst Sherrington cites William Keane as his reference for evidence of a Tudor House, Keane himself mentions only the fancy of a Norman castle on the site. Sadly scant evidence exists for either.

We're certainly not able at this point to say that as a result of the evidence provided by the 1723 map, the 'Haringay' or 'Harringay' variants were in as wide a use as the the 'Hornsey' one, but it certainly throws the matter open to question.

By the way, the Cary map also shows Copt Hall. This was the local manor house in the south of present-dayFinsbury Park. It was probably the source of the name of the Manor House pub, and later tube stop and what is arguably a neighbourhood today.

Not as far back as 1723! (brilliant find Hugh)  but here you can purchase copies of historical maps of the area.

Each map comes with a lovely piece on its history and comments on the local area. I have a copy of the Hornsey and Green Lanes 1935 one. (the forward was written by a family member)  It includes a list of all the commercial businesses in the area inc a gramophone dealer, piano maker, a fancy repository, and oil and colour man, and a fancy draper!