What Happened to the Men who Built the Ladder? 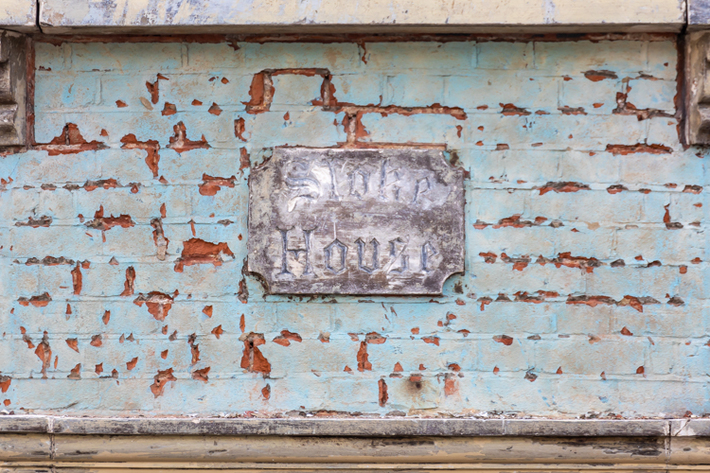 For a few decades now, I've known that the Harringay Park Estate, on which the Ladder was built, was sold off piecemeal to anyone who wanted in on the late Victorian building boom. Whereas today people buy-to-let, in those days people would buy-to-build, and then perhaps let or sell.

To the East of Green Lanes most of the land was built up by just a few developers. On the Ladder, plots were sold in twos, sixes, tens and twelves and occasionally as many as 20.1 Thanks to my own research and to that undertaken by Alan Aris in the 1990s, I've got a pretty good idea of how the Ladder was built up. But I've never really had the story of one of the developers. Who were they? Where did they come from? What happened to them?

Thanks to the present-day developer of a house near to my own on Hewitt Road, I noticed something which led serendipitously to my uncovering the outline of the tale of one Victorian Ladder developer.

Like many Ladder houses, this nearby double-fronted house had a name plaque added to each of the bays above the ground floor window. Since I've lived here, like the majority of similar plaques on the Ladder, they've always been just plain white. But, as you can see from the picture above, once the paint was stripped off, the builder could make out some text that had been filled with plaster. A little work revealed the words Stoke House. It meant nothing at first, but I felt fairly certain that its meaning only awaited discovery.

I thought I'd spend a few minutes on the internet to see if I could track it down. First I found the original occupant of the house, then I managed to link him to the house name. Then digging around in various archives, I was able to uncover the surprising tale of one of the builders of the Harringay Ladder.

As was the case with other Harringay builders whose stories I've uncovered, this is a tale of a young man who arrived in London with ne'er a penny and ended up doing very nicely thank you!

Our Ladder builder, Charles Peek was born in 1862 near Dartmouth in Devon. His father, William, was a builder. By 1881, aged 19, Charles had moved up to London with his older brother, Thomas. They boarded in a house in Warlock Road, Paddington. Both described themselves as plasterers, a trade they no doubt learned at their father's knee.

By 1884, Charles had married Mary/May (the records offer both alternatives) and she had given birth to their daughter Ethel. Five years later in 1891 they had moved to Harringay and were living at 10 Highfield Villas in Falkland Road. (The house was also known as Ethel Villa.  It subsequently became plain old 10 Falkland Road before being flattened by a doodlebug in WWII and being replaced by Fairland Park).

At this time Charles was still describing himself as a plasterer. His eyes were clearly on a more influential future however. In that same year, aged 29, he became a freemason.

By 1894 Charles was listed in the City Directory as a builder living  at 10 Falkland Road. Though strangely in the following year he was listed as a plasterer, then living at 95 Sydney Road. However, that was the same year that he started on the Hewitt Road house. So it looks like his building career was taking off at this point.

He named the Hewitt house Stoke House, after his home village of Stoke Fleming, just outside Dartmouth. This seems like quite a personal name. So, it seems like he might have built it for himself. Records show him as resident there for the first few years after it was finished.

I assume that business was doing well at this time, well enough at least for Peek to start a civic career that was to last for the rest of his life. It started in 1895 when he successfully ran for election to the Hornsey School Board.

His association with the Ladder ended soon after this point. By 1898 he had moved out to Palmers Green and was listed in the City Directory at Palmerston House in Palmerston Road.

It is his trajectory after this point that surprises. Apparently, so rapid was his success as a builder, that three years later, in 1901, Peek aged 39 felt able to describe himself in the census as a Retired Builder.

At the start of the Twentieth Century, the Peeks moved to Park Villa on Green Lanes close to the Triangle in the centre of Palmers Green. They stayed there until 1910. Towards the end of that period, May grew increasingly ill and sadly died in 1909, aged just 50. She survived long enough, however, to see their daughter married in 1908 (and one assumes to benefit from the lifestyle that enabled Charles to describe his occupation in the marriage register as Gentleman).

Through this period Charles' civic career began to blossom. He swapped the Hornsey School Board for the New Southgate one, serving both on it and the Education Authority that replaced it. From 1901 to 1909 he was elected as the member for Southgate on the Edmonton Board of Guardians.2  From 1904 to 1909 he was Southgate's councillor on the Middlesex County Council.

Following his wife's death, Charles moved back home. He took up residence in a house called Deer Park in his home village of Stoke Fleming.

At this point he became a full-time worthy and the notches on his civic belt moved up a pace. On 20th October 1910, his new life was launched when he was given the Freedom of the City of London. The following year, he became Mayor of Dartmouth until1914. He was Mayor again from 1919 - 1921, in which year he retired. He then sat on Devon County Council from 1921 - 1925 and also became a Justice of the Peace. 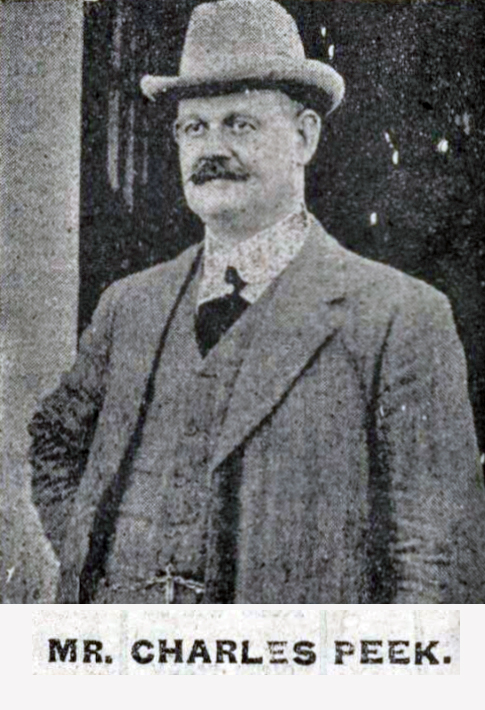 Painting and photo of Peek as Mayor

Peek remarried in October 1913. He and his new wife, Lily Maude moved in to York House on the Dartmouth river front.  By the early Twenties, Charles' health had begun to fail. On December 11 1926, aged 66, he died whilst on a visit to Cheyne Walk, Chelsea. His estate was worth an amount equivalent today to millions of pounds.3  Lilly lived on until January 1967.

Such is the tale of one of the builders of the Harringay Ladder. Not bad for a country boy who arrived on London with not two pennies to rub together. I wonder how many of the Ladder builders did so well?

A wonderful Dick Whittington tale, Hugh, and meticulously researched.  Peek brings to mind my own London ancestor who began in the building trade, was granted Freedom of the City of London and eventually ended up described as a gentleman.  There must have been quite a few who built career and status using the foundation stones of London as their ladder!

That's interesting Geraldine. Tales of individuals in the late Victorian and Edwardian world quite confound my earlier notions of economic mobility in those days. I'm not so sure about social mobility, however. I wonder quite how these  self-made gentlemen were perceived the more established 'respectable' world.

I wonder that too.  Perhaps they were considered the nouveau riche of times past.  The elevation in my case took 200 years, from "Glazier and Cooper" in 1711 on Admission to Freedom of the City.  This was continued by patrimony for two more generations.  Then "Engineer Manufacturing (Employer)" to "Private Means" in the 1911 Census and finally under the heading "Quality, Trade or Profession" at my father's baptism, my grandfather is described as "Gentleman."

"The Diary of a Nobody" by George and Weedon Grossmith,  a comic novel written in 1888, throws some light on status in Victorian times.  Worth a read

Good work Hugh and an interesting read. Thanks!

I have the original builder lease of my house on Allison Road from 1896, to a Mr H E Richardson.

Richardson was the lessee? If so, does it say who the builder was?

I presume Richardson, it has covenants that Richardson has to build the house. Richardson could of course have contracted someone to do it.

ive not looked at the lease in a while but I’ve got most of the original deeds at home.

im a property litigation  lawyer so did enjoy having a nerdy read through them all!

Ah, okay. I couldn't find any trace of Richardson on Allison in 1896 or 1901 on a quick whizz around. But absence of evidence, etc. Neither could I find any likely looking candidate elsewhere. If you ever find his first name rather than initial, that may help.

I’ll dig out the documents some time this week

My memory did not serve me well! It was not a builder lease, it was a first lease dated 1 July 1896 from the Builder (Mr William John Keene) to the first lessor, Mr Richardson, for a term of 99 years paying £365 as a premium and £7 per annum ground rent.

Got a whole tin of deeds :)