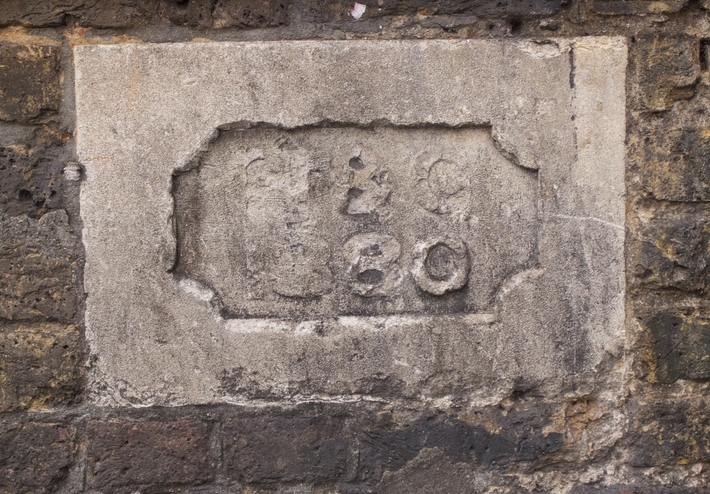 Can any one help identify this stone outside Nomad Turnpike Lane?. I thought it HBC 1880, but Hornsey Borough Council was not formed until 1903.

Jim, there were a couple of folk who wrote to me about 18 months ago about a project they were engaged in relating to Hornsey boundary markers.

At the time I had an old cast iron hornsey boundary marker (found by someone in a builder's skip) which I've now given the Bruce Castle Museum.

If you send me an email. I can forward it to the boundary marker folk if you like.

Could B & C    mean Boundary and Curtilage. This marker is in a wall, & not between buildings.  The buildings/shops at right angles to it, appear to date from 1880 ? too ?

Not mentioned in a survey for Haringey Council, though it didn't seem to be a very deep and meaningful one! However, there are iron parish boundary markers of earlier year, such as one in Newland Road  1887          https://www.haringey.gov.uk/sites/haringeygovuk/files/haringey_stre...

It’s in exactly the right place to be a parish/borough boundary marker, but I can’t make out the inscription.

The first character is pretty much unreadable, but is possibly “H” followed by eithe “&" or "S" then C”: second line looks more like 1380 than 1880

Despite its position, it could conceivably be something else (marker for a utility?)

It's a nice mystery.

I've found the picture of parish marker that ended up in my garden for a couple of years whilst I found it a home. The final comments on that page has a link to a Flickr page with photos or more.

In looking for that, I also found a link to a website about London boundary markers set up by one of the folks who contacted me. Mike has visited each of the boundary markers recorded on his map. You'll see that he adds the boundary marker numbers. The one on Willoughby (a barely visible rump of a stone one opposite number 6) and the two on Falkland are 1252, -53 and -54. So 1380 would be possible, if possibly out of order.

Happy hunting. Let us know if you find an answer to the Turnpike Lane one.

Yes, I know of the London boundary markers from the late Mike Horne's website and having been photographing them at the suggestion of Deborah at Bruce Castle Museum- https://www.flickr.com/photos/jim6/albums/72157716812402198 - following his map, although I have not yet got to the ones you mention (Falkland and Willoughby). This one, if a boundary stone, is different in that it is not stand alone, but set in the wall, so perhaps it is something completely different.

Good to meet you up at Bruce Castle Archives today. As I said, I found a reference that might help.

The location fits. if they'd put a new post (like the one I linked to above) in 1887, clearly the stone isn't it. Could it be the old 1859 stone, with an as yet to be deciphered inscription?

Thanks for all your help and advice, Hugh. Here is a link to the Post and Telegraph Office sign in Turnpike Lane - https://www.geograph.org.uk/photo/2091938. I wonder when this was taken down.

Can't have been all that long ago. I remember it well.

Removed in the summer of 2018, it seems. Why not ask the butcher (probably not the freeholder) - see if he can throw any light on what happened. 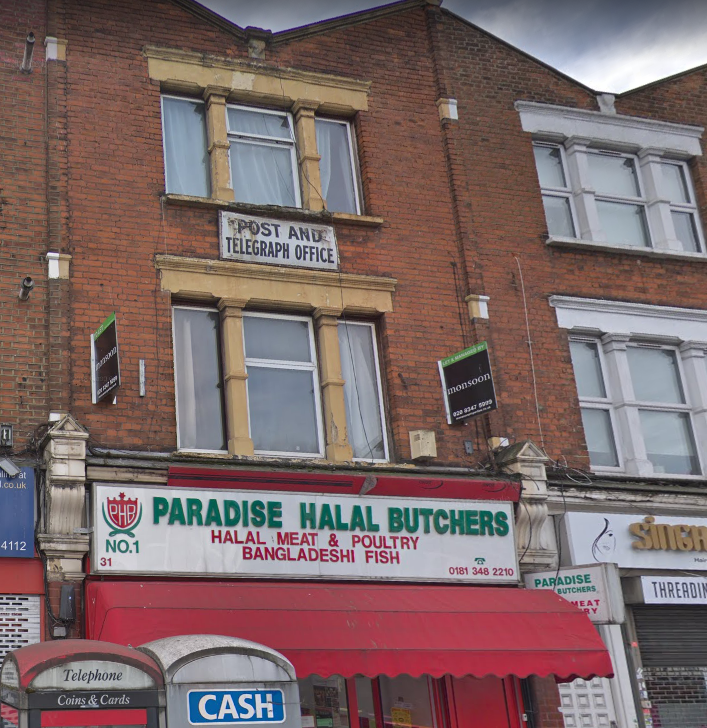 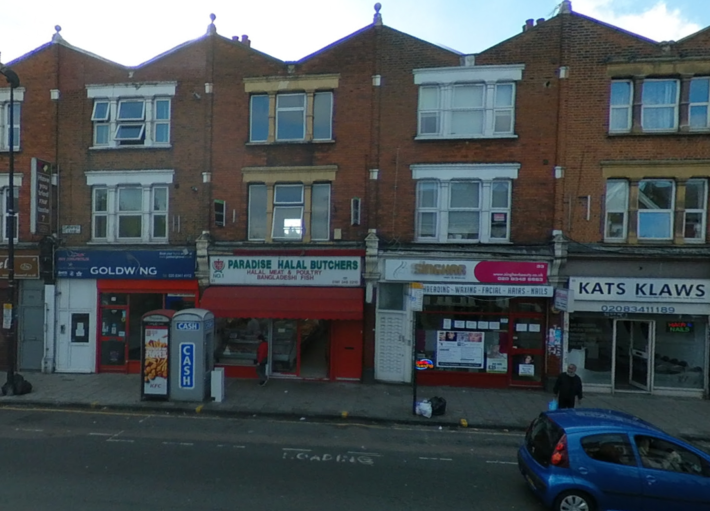