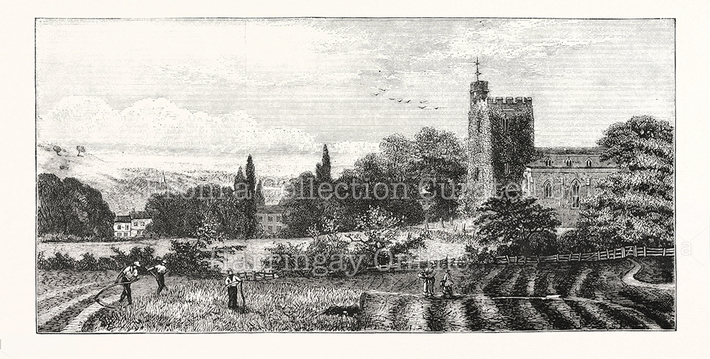 'Hornsey Church, From Church Path Fields, Engraving' 1876' The view is looking north towards the High Street. The church, except the tower , had been rebuilt in 1832

I came across the above engraving of Hornsey church recently. The precise composition is one I hadn't previously seen and this new perspective made me think anew about what the land in the foreground was.

A glebe (also known as church furlong, rectory manor or parson's close) is an area of land within a parish used to support the parish vicar or rector.

The glebe lands belonging to St Mary's Church in Hornsey stretched up the hill behind the church to roughly where Church Path connects to Tottenham Lane today, next to the McCafferty's pub (Former Hope and Anchor). They are what we can see, surviving in pastoral use, still in the 1876 engraving. 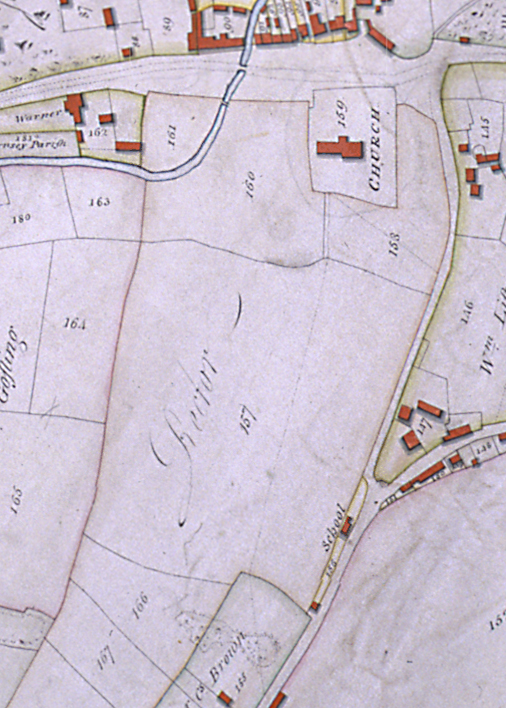 Hornsey Church and glebe, c1760. The church building shown is prior to the 1832 rebuilding.

In 1660 the glebe was 40 acres. In 1804 a strip along Tottenham Lane was sold. But the main part was held back from the builders by the long-serving Rector Harvey. As, can be seen on the 1815 map, above, the strip sold in 1804, was used for the girls' National School. This was built by 1807 (according to the Ordnance Survey drawing of that date) and rebuilt in 1832. At the end of the century the northern part of the former Glebe strip was used for building the police station (still standing), public library and fire station (both demolished in the last century). Hornsey Church and glebe in an engraving published in 1791.The church building shown is prior to the 1832 rebuilding. 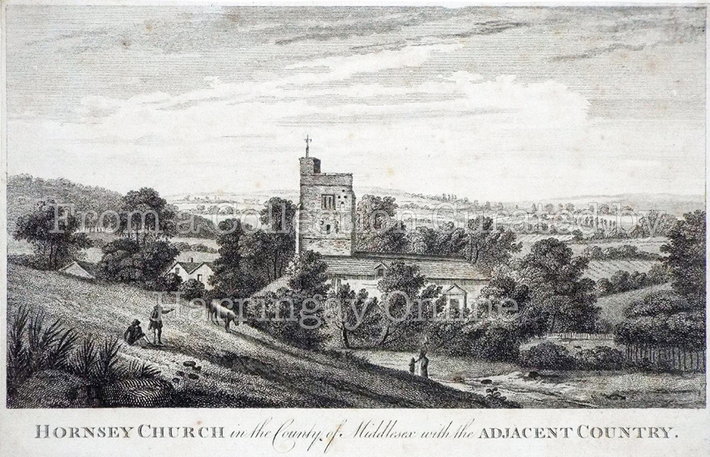 Hornsey Church and glebe c.1775. The church building shown is prior to the 1832 rebuilding. 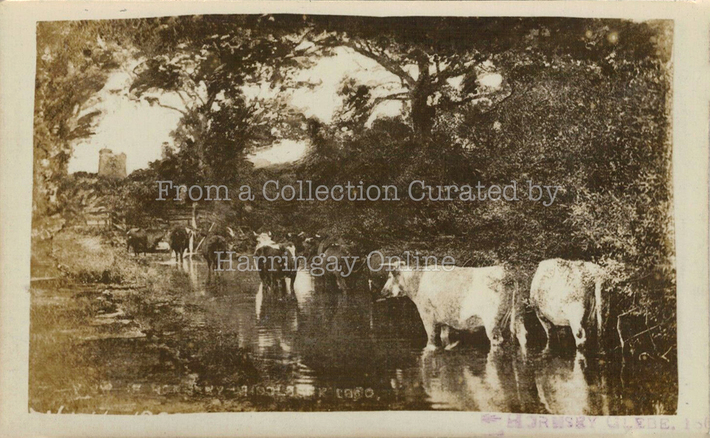 This photo is supposed to show Hornsey Glebe circa 1860. An analysis of contemporary maps suggests that it was probably was taken just to the west of Glebe lands behind the old Three Compasses. If the date is correct, this would have been shortly after the Hornsey loop of the New River was cut off from the  river and abandoned. This leftocer channel may be the the water in which the cows are standing.

Canon Harvey retired in 1880 and before long the glebe land south of the church had been sold for housing and shops.

Fascinating and thank you. I do wonder what Hornsey would have looked like if the lovely church had survived. And when I lived in Lyng, Norfolk the Glebe Land had a role in the village shape and still belonged to the Dower House. :