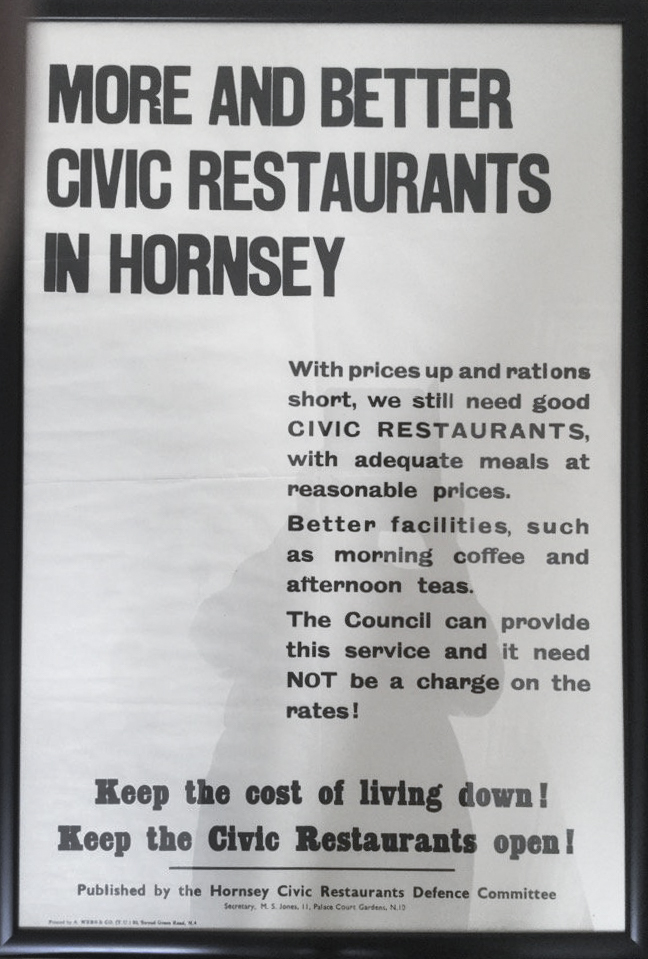 One of these restaurants was in Crescent Road N22, this is nowadays a Deli.

I remember queing and that cooking smells were not like those at home but it was wholesome food.

Next door was a greengrocer which was not open every day and not well stocked but us kids were able to scrounge loose cabbage leaves from the floor or emptied crates for our rabbits.

In 1941 there was a planning application to build a nursery at 7 Osborne Road, Stroud Green, "at the rear of the British restaurant". A copy is in Bruce Castle's collection of Hornsey Council planning applications. This particular one is numbered 11816, and the Museum Reference is 1/HLA/B2/6 ROADS STR-TET.