The story in pictures begins with a flurry of photos taken in 1890, whilst most of the old Crouch End was still intact on the east side of Crouch End Hill.

At the bottom was Charles Batterby. He was to be the last farrier in Crouch End, until his forge was acquired for development in 1895. Next up was an old wooden building housing a hair dresser. Tucked behind these was the Sugden's Oakfiled Villa. Next came a terrace of Georgian houses.1 These are followed by the Railway Tavern and a row of shops with one or two dwelling houses interspersed. 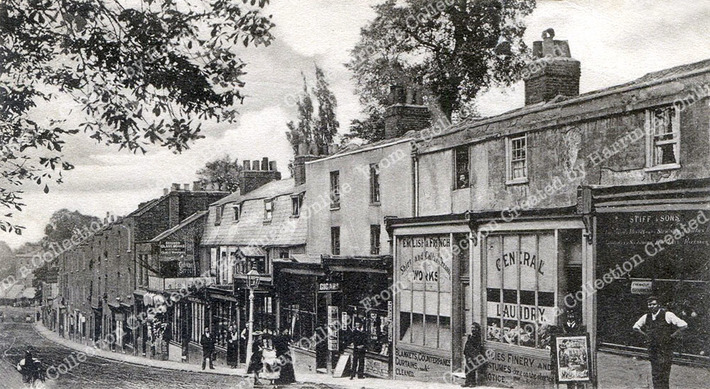 Fig. 1: Crouch End Hill, 1890, East side looking north from towards the top of the hill

Below is the complete 1892 listing from Kelly's Directory for all the premises from Batterby's forge to the end of the row of shops. The shop on the far right is Stiff's the florist.

The next photo is taken from towards the bottom of the hill. Right at the bottom of the hill on the east side (right) is Batterby's forge. Coming towards the camera, next is a gap for the entrance to Oakfield Villa. The large tree was in its garden. Then came number 3, the old wooden building. The sign outside says "Ye Olde Barber Shop". Last are the Georgian houses numbered 5 to 11. Fig. 2: Crouch End Hill, 1890, East side looking north from near the bottom of the hill

The next photo from circa 1890 shows Batterby's Forge. Behind the trees Oakfield Villa is visible. The fourth picture from 1890 shows a better view of the Crouch End Blacksmith, Charles Batterby's, forge. I wonder if Charles is the guy standing behind the fence? You can also see the house 'above the shop' where he apparently lived with his wife.2

Life may have been good for Batterby. But his life wasn't without its difficulties. The minutes of the local board (forerunner of the council) on 1st August 1870 record a complaint,

A complaint was made by Mr Batterby of pigs being kept on the adjoining premises of Mr Crow in Crouch end. It was resolved that the surveyor do give the usual notice to remove the nuisance.3 The final picture from 1890 shows the whole road, including the less photographed western side. On the extreme right, the old Kings Head with the bay window facing the camera, was soon to demolished. 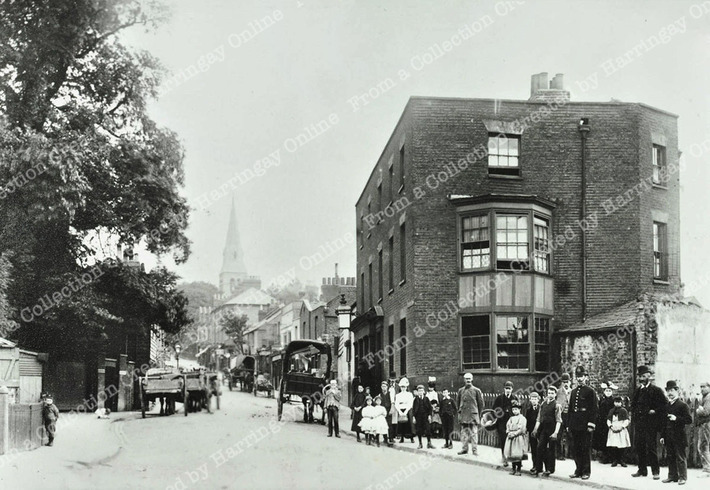 Fig. 5: Crouch End Hill c1890, showing both east and west sides including the old King's Head. At the time, the pub's licensee was Charles Heather, but the premises was being managed by 24 year-old Scot, Frank Gunn.

We then jump forward a few years to about 1901. Batterby's forge** has been swept away by progress and it has been replaced by the Criterion Buildings. By 1905, the Ye Olde Barber Shop business had also gone and the premises was occupied by Madam Yvonne. Described as a Milliner in 1905, by 1910 she styled herself as a Costumier. Further up, at the top of the hill was the Crouch End School of Art. 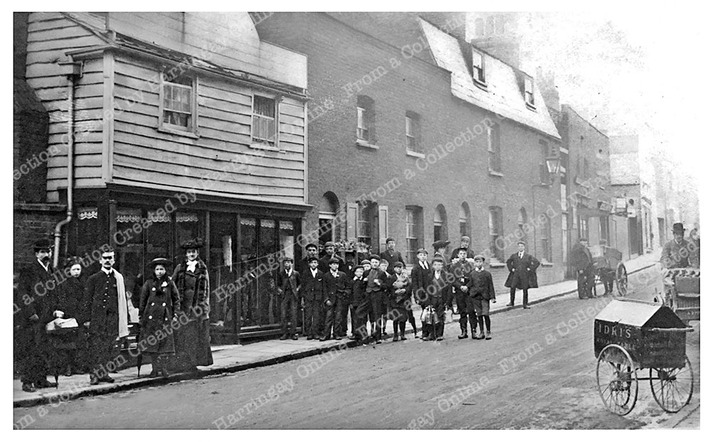 As the twentieth century progressed, the pace of change quickened. Oakfield Villa was demolished in the mid-thirties and the Mountview telephone exchange was built in its place. A dozen or so of the old shops were demolished too, including the old Railway Tavern. A new fashionable mock Tudor building was erected in its place in 1937. In 1938, the Criterion building was demolished and replaced with what stands there today. The space between the bottom of the hill and the Railway Tavern was partially filled with 3-5 Crouch End Hill (which still stands today). However, development was then interrupted by the War. It was completed in the 1950s with the erection of another building abutting the 1930s exchange building. Further up the hill, Exchange House, a new GPO building was erected by 1965. 1. A very respectable source tells us that 14 cottages called Wright's Buildings were erected along this portion of Crouch End Hill in the late eighteenth or early nineteenth century. They were named after James Wright, who was the developer. However, it is difficult to see in the photo 14 buildings that appear to share the same heritage. So either the, respectable, source is mistaken or some of those 14 buildings didn't survive for long. Wright also built a terrace of houses in Maynard Street (later Park Road), probably those shown in this photo. (Source for Crouch End Hill info: A P Baggs, Diane K Bolton, M A Hicks and R B Pugh, 'Hornsey, including Highgate: Growth before the mid 19th century', in A History of the County of Middlesex: Volume 6, Friern Barnet, Finchley, Hornsey With Highgate, ed. T F T Baker and C R Elrington (London, 1980), pp. 107-111. British History Online)

2.  Charles is recorded as living in a dwelling house on Crouch End Hill in 1895. It was probably 'over the shop'. He died the year after he closed the blacksmith business. He was living at 1 Topsfield Road. We know from the 1864 will of his Uncle James, that Charles was a farrier in Croucn End for at least 30 years.

3. From the original minutes held at Bruce Castle Museum, accessed 18th December 2021. I assume that the Mr Crow referred to was William Crowe, the 'beer house keeper' of the Harringay Arms. By 1881, he had moved his family to the Fox and Crown in Highgate and by 1891 he was listed as a domestic servant, also in Highgate.

A great sequence of pics, ta.

To avoid possible confusion as I just caused to myself: Oakfield Villa is a different residence to Oakfield, which was further up, off Haslemere Road.

The thing with these photos, Ken, is that many of them are fairly familiar. But you rarely see them with much if any context. Assembled in a single group with some of the backstory, for me, they are very helpful in telling the story of one of the old routes into Crouch End. It’s nice also to uncover some of the names of people. The forge had always just been the forge in Crouch End. Now, I can almost hear a local carman at the bar in the old King’s Head, telling young Frank Gunn, that he’d come in for an ale whilst old Batterby was shoeing his horse.

As to Oakfield Villa, I’ve yet to dig in to understand if there was any link between the two houses that might explain their names. It seems a strong possibility, but I’m always loath to grab for handy assumptions when a little research would give a more reliable answer.

Thanks for spotting the Road / Street typo. Now corrected.

Fully with you on context, Hugh. A little story brings them to life!

All I've found in my superficial googling is about Oakfield itself. Quite possibly no direct connection, bearing in mind, e.g., that The Elms was a Crouch End high school and down the road a bit, also the original house on the site of the TA Centre.

Yes, I think certainly names like The Elms and The Limes were very popular. Perhaps the lesson there is that any tree-based name was simply popular! The possibility of a connection between the Oakfields remains for me, however. The proximity suggests it and I wouldn’t be surprised to find that there was a common landowner at one point.

Minor update added below Fig 3 and in footnote 3.

Wonderful set of pics.  If only they had an audio accompaniment attached to each one.  Would love to hear the local dialect at that time.

Whilst at Bruce Castle earlier this month, I stumbled across the following snippet in the Hornsey Local Board Minutes for the summer of 1870. It concerns a complaint by Charles Batterby the blacksmith and possibly suggests a tension between a formerly rural village and a soon-to-be suburban one turning its back on the inconveniences associated with that way of life.

Photo 6 could be the wrong caption, The shop on LHS is by appointment to the King on the blinds. Could the temporary decorations above shop & uppr window edges be for the 1911 coronation ???  Is it Fitch & Son, provisions and/or cheesemonger & have they moved from the Broadway to Criterion Building ?

Fitch & Sons was a London-wide provision merchants founded in the eighteenth century. Their address at the bottom of Crouch Hill was listed in directories as South Side, The Broadway. They had arrived in Crouch End by 1901, and probably a few years earlier. To my knowledge they were never at any other location in Crouch End. 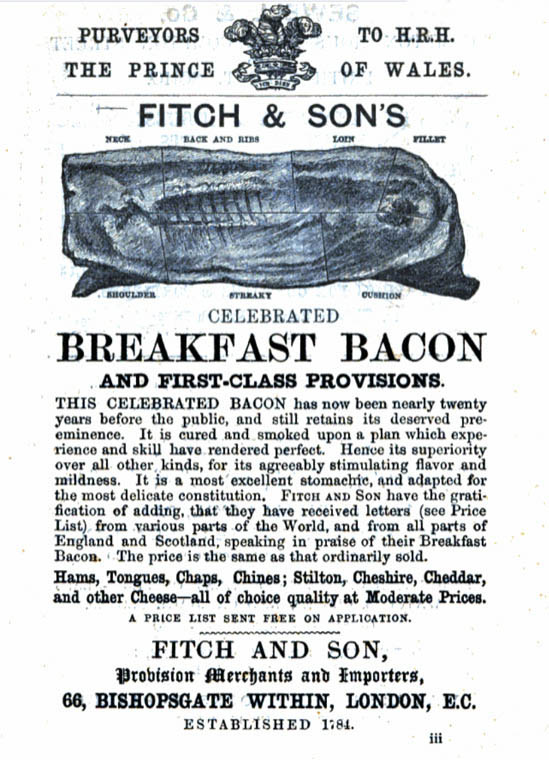 An interesting family. A little about them on Wikipedia. Portrait of Hugh Fitch here.