I first came across the story of the ten-year old maestro sensation from the 1940s a decade ago. I shared a couple of lines about his story on HoL back then.

I've stumbled across snippets about him a ever since. Last week, I followed up a little. In doing so, I came to appreciate quite what a stir he created in a post-war world hungry for entertainment and something to get excited about.

Born on Beethoven's birthday in 1936, Piero Gamba (nicknamed Pierino at the start of his career) began his career as a rare child prodigy among conductors.

Gamba made his debut in 1945 at a public rehearsal, leading the Rome Opera Orchestra.  After his initial outing, he toured extensively. He made his British debut in 1948 at the Harringay Music Festival in the Harringay Arena. He was a huge success. Originally scheduled for two appearances, he ended up conducting on four occasions to fill in for the illness of conductor Bernardino Molinari. 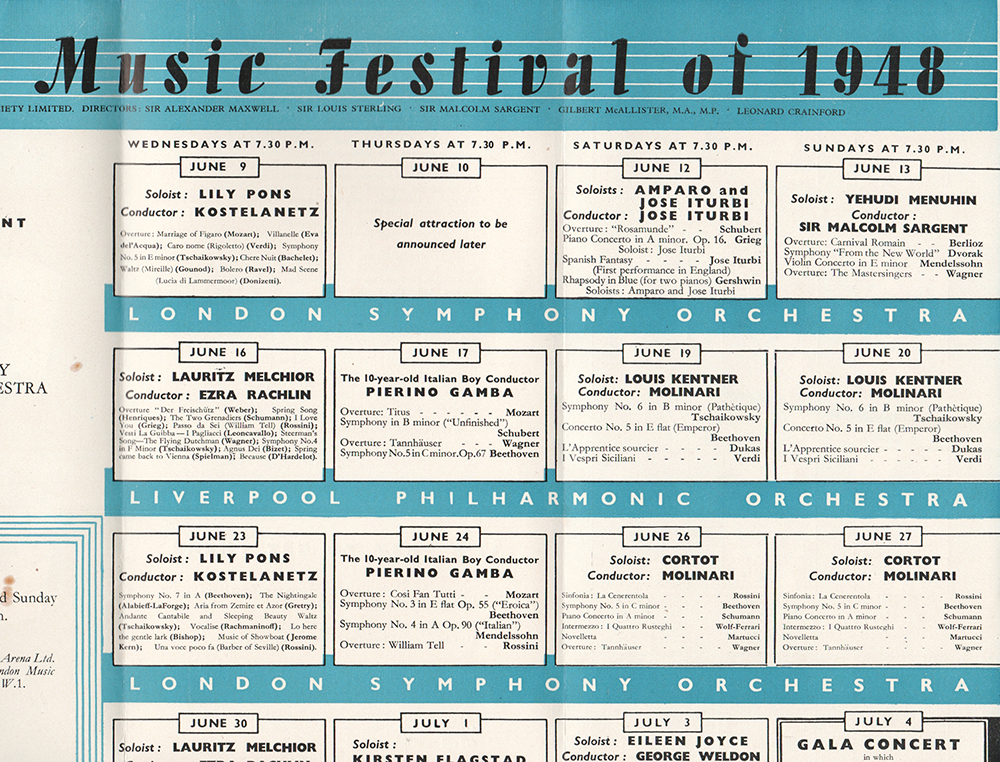 Press reports made his reception sound like something akin to later twentieth century pop stars. Below is an example from the Daily Mirror. 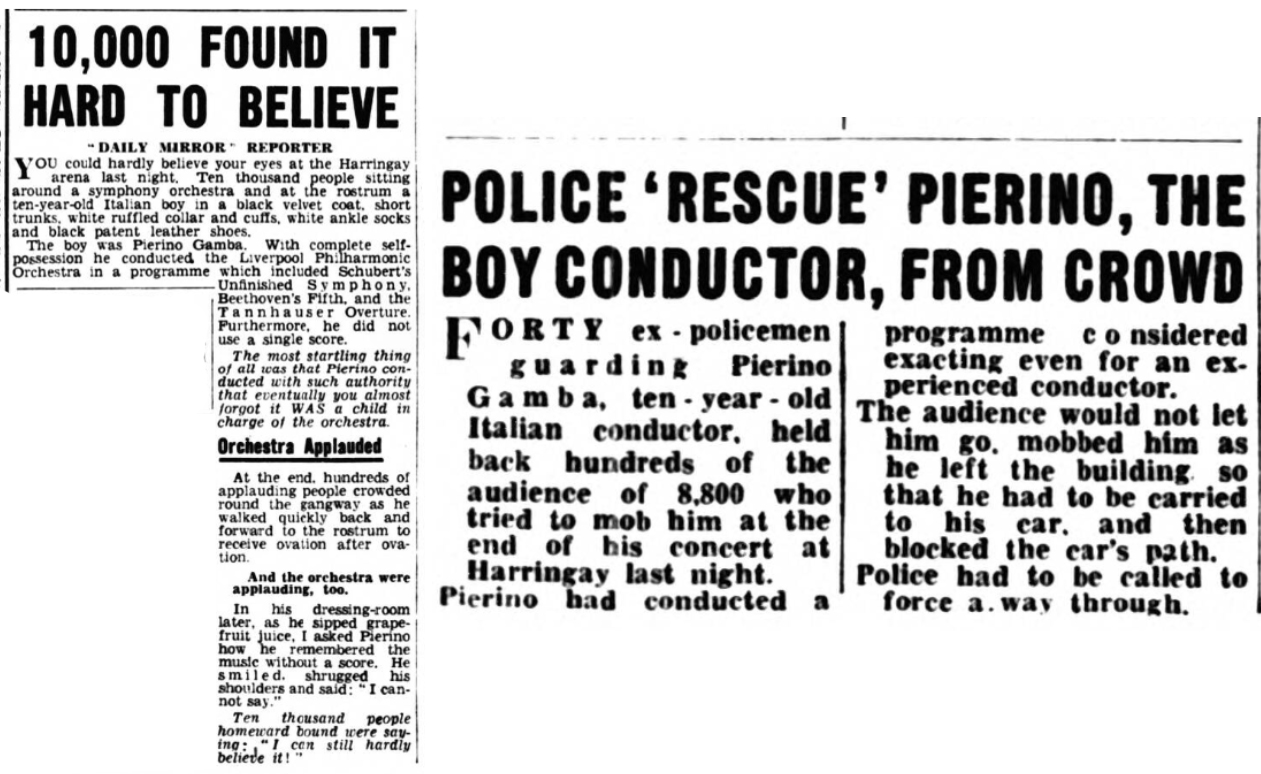 Here's a picture of Gamba in the costume described in the article above: During his time at Harringay, Gamba spent time with Yehudi Menuhin who professed himself to be very impressed with the young maestro. 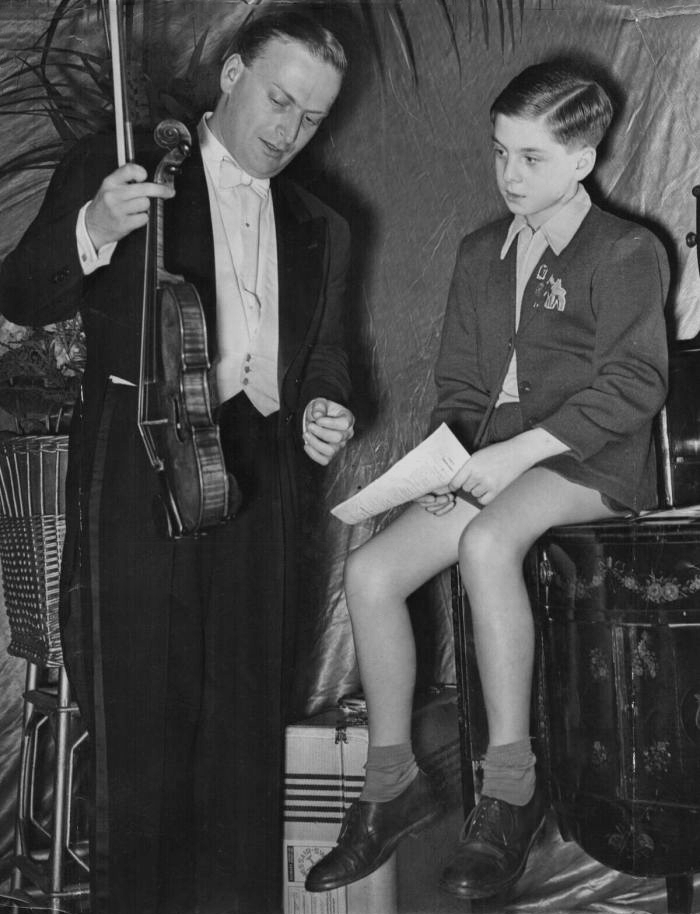 Menuhin with Gamba at Harringay in June 1948

A few years ago I managed to buy a file of papers which used to belong the promoters of the Music Festival. It includes correspondence and press releases about the festival on general and on specific performers. It shows that Gamba got the biggest audience throughout the festival, beating even Menuhin. His audience of over 10,000 was a record for any classical music concert anywhere in the UK at the time.

Following his early stardom, Gamba went on to have a very successful career conducting. Today he lives in New York were he both teaches and conducts. Interesting story, Hugh.  Good to know he is still teaching and conducting when so many child prodigies fade into obscurity.  I suppose real musical talent never dies.

Piero Gamba died earlier this year at the age of 85. https://theviolinchannel.com/italian-conductor-piero-gamba-has-died...

I didn't know that. Thank you.

I had not heard of this young chap until today (bit sad really given my HJ background!). But I wondered what happened to him; as the reference will show, not as much as may have been hoped for really