In 1935 Challen, one of Harringay's several piano manufacturers, built the largest piano in the world at their Hermitage Road factory. At 11 feet 8 inches long and weighing over one and quarter tons, the piano held its record till early this century.

Built to mark the King's 1935 Silver Jubilee, the piano was finished in silver and named the "great silver piano". It was first shown at the British Industries fair in the Jubilee year, where it was inspected by Queen Mary, and was played for her by Billy Mayerl. 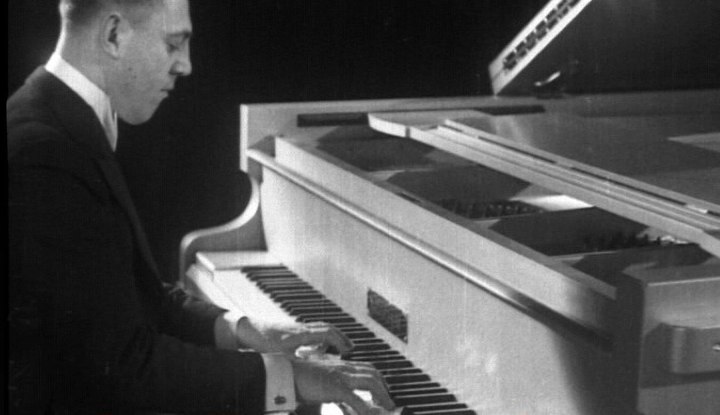 The piano was acquired by Lord and Lady Montrous of Manchester and was used at a garden party for the Royal Family in 1936. However, because of its excessive weight apparently it sunk into the boggy ground and was later used as a garden.

Fantastic!  I own an unusual 'upright grand' Challen piano, now sadly nearing the end of its natural life.  What's strange is that it was bought in Lincolnshire, then came to me in London, and now resides only a few hundred yards from the factory it was built in - as though it had a homing instinct.  Would have loved to have had a tinkle on this monstrosity, or even to have strolled round it when it was in use as a garden.

Permalink Reply by DavidJ on September 12, 2011 at 8:46
I also have a homing upright Challen. My dad bought it in Liverpool in the 1960s where it lived until about 10 years ago when, as he could not use it he sent it to live with me in Harringay. It was only when it got here that I noticed the address of the manufacturer.

Permalink Reply by Nick Hare on September 12, 2011 at 18:35
What's the correlation between owning homing Challens and having Julian-Opie-style profile pictures?  It can't be coincidence.

This mystery was picked up by The Guardian this week who have sent out a call to try and track down the piano.

I wonder if you meant Montagu, the family name of the Duke/s of Manchester?

Permalink Reply by Hugh on December 14, 2012 at 17:32
You know me - king of the typo! So frustrating - I can't find the reference. It may have been from a book I got out of the library on piano making. I took some hand written notes which I can't find. I might get the book out again and check.

I just came across this article again and have found a few more clues. The press in 1935 was full of adverts for the piano appearing on this or that piano showroom as a marketing gimmick. It seemd to peter out by the end of that year. Though it did make an appearance as a marketing gimmick in 1936 and again on 1945. Then nothing.

I did however come across the following letter published in the Liverpool echo in 1987:

I am not a Harringay resident but was fascinated to see this thread. I saw the 11' 8" Challen piano, wrapped up and lying on its side, in a Birmingham warehouse in the early/mid 1980s, looking a bit sorry for itself. I wanted to try it out, but was sadly not able to. I also know that it was sold in one of the piano auctions held in London's Conway Hall (presumably moved there from Birmingham) and I've read somewhere that it is now in France. It's all still a bit of a mystery, but wherever the piano is, I hope it is in good condition and being well looked after. Such a unique instrument deserves to be preserved for posterity!

Many thanks for this update, Julian.  It would be interesting  to track it down!

I am rather intrigued by this piano and its history, so I shall keep searching for more information. If I find anything worth passing on, I'll be in touch again. As you say, it would be interesting to track it down!