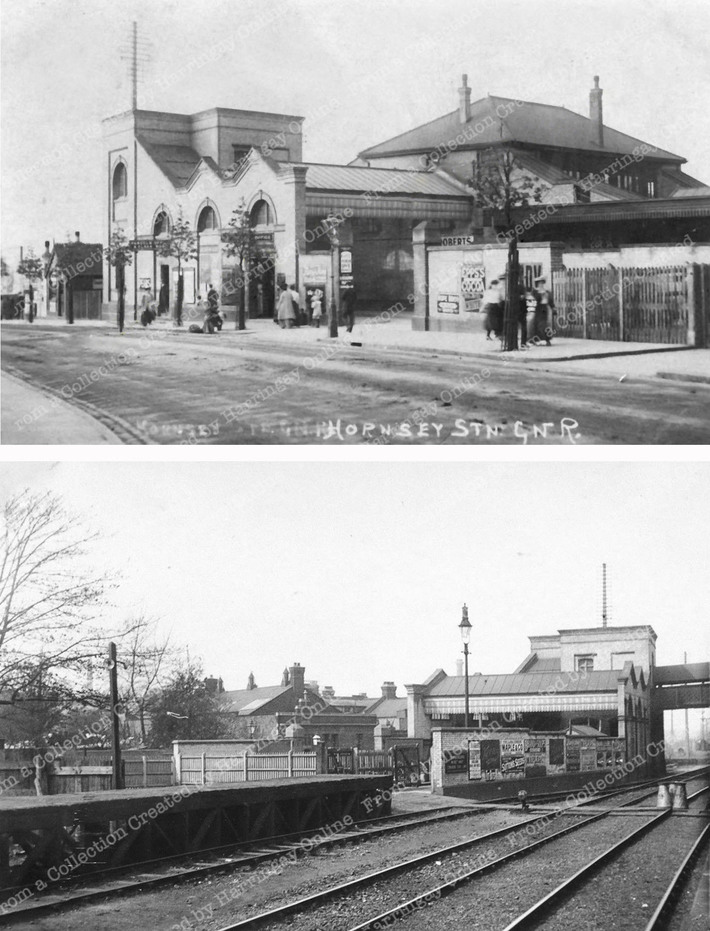 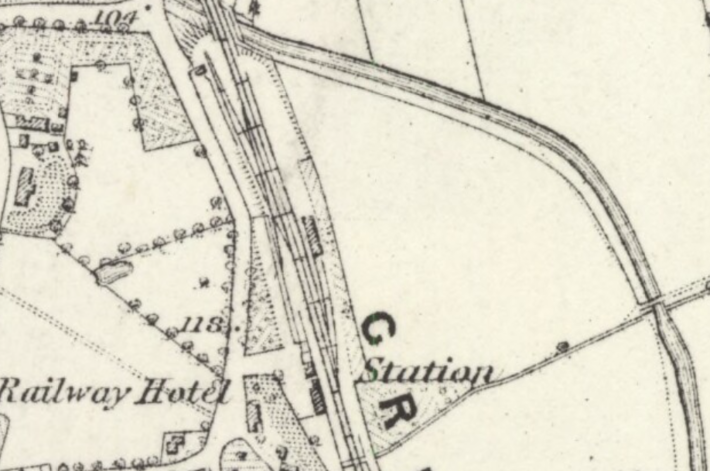 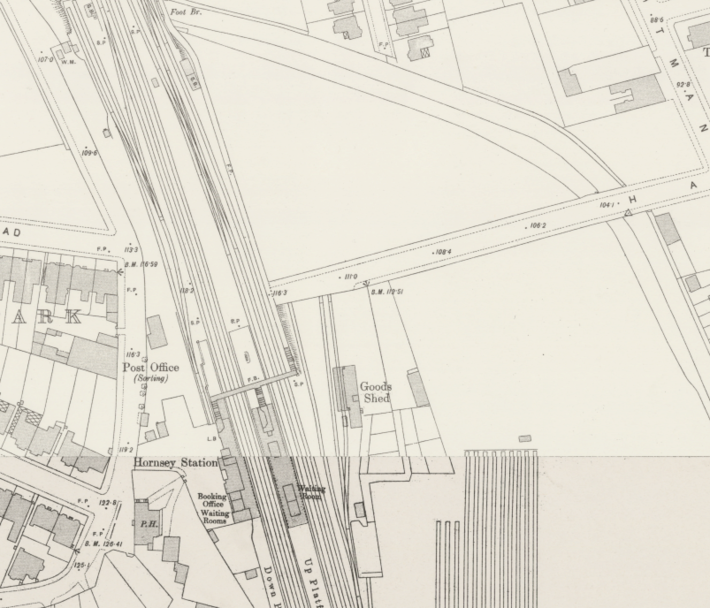 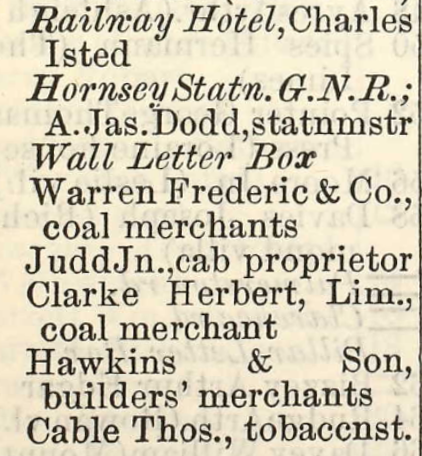 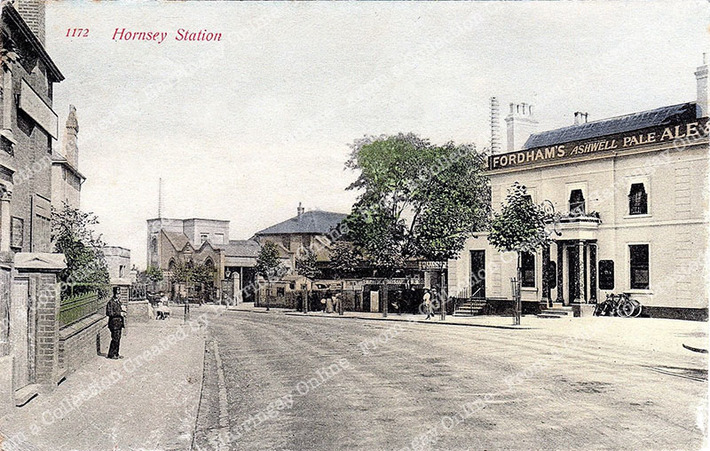 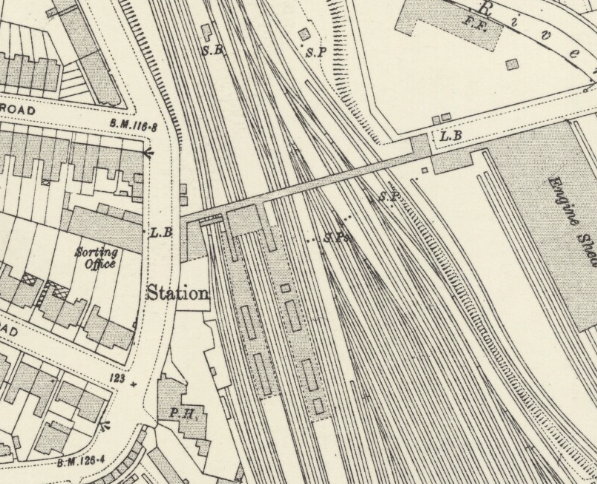 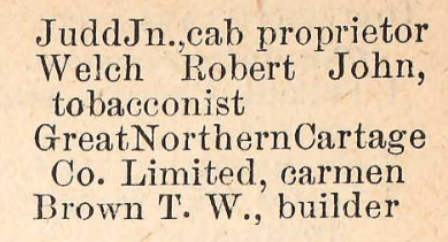 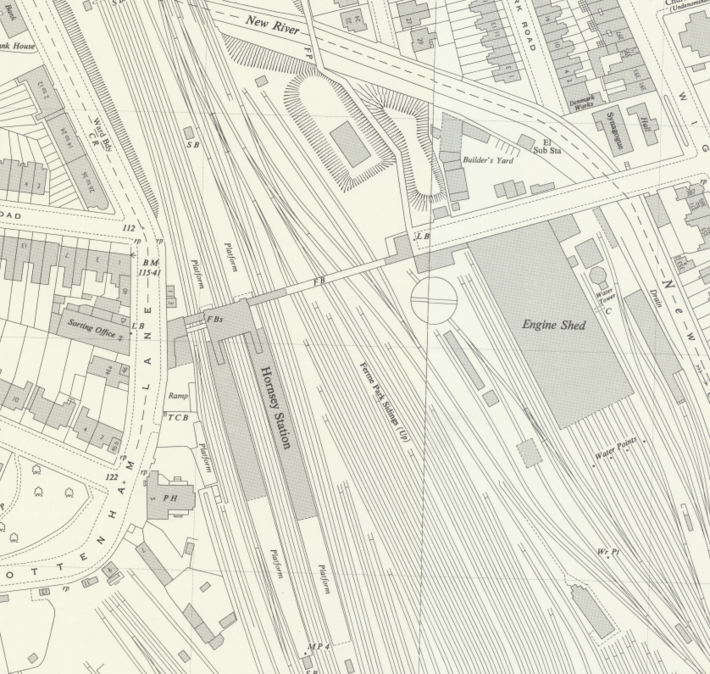 Of interest to me is less the rationalisation of Hornsey shed and Ferme Park Sidings, and more the way the main line has changed. It appears to be four lines in each direction, including a through road even in 1954.

Today the through road is the Down Fast (ie out of London) and the old up inner platform is the Up Fast, and one line each way has been removed (this is a bit of a simplification but it’ll do) - a decline in local goods traffic will have facilitated this when the area was resignalled in 1977, I imagine, plus the move to track circuit block which would have improved the throughput of each line.

In light of the thousands of stations around England which have old derelict station buildings in situ (including, in fact, a little bit of Hornsey on the up side), there must have been a reason to remove them. Aside from general building condition, there may have been asbestos, or the buildings may have been considered in the way of the impending electrification.

All this on a backdrop of a contracting railway, of course.

Thanks, Dave. My knowledge on railways is pretty much non-existent. So my apologies to those with expertise for any gaffes, oversights etc.

No, the apologies should be mine for over-indulging in the operational railway side when there was much more to your post!

I found the 1905 picture of the station exterior and hotel most atmospheric, I initially thought the solitary figure on the left would be a policeman but it might possibly be a railwayman of some sort - it's not quite large enough to work out what's going on with his hat.

I noted for the first time also your link to your post last Thursday showing the 9F on the turntable you mention - I'm not hugely acquainted with the steam era but I can't imagine a 9F appeared at Hornsey too often.

Most grateful to Gordon for pointing out the electrification impact at Harringay, and the ensuing conversation and photograph - another which portrays an entirely different Harringay to that we live in now - I noted the structure to the right which looks like a signalbox - possibly Hornsey Up Goods?

I've gone down a bit of an internet rabbit hole off the back of all this, so many thanks for this morning's entertainment!

Know all too well about history-related rabbit holes!

"In the way of the impending electrification" - yes by reason of needing to raise over-line structures to increase clearances. At Harringay station footbridge you can see the effect of raising it - the ramp on the east side down to Station Approach is now excessively steep at the street end (an old picture pre-electrification shows it less steep and with a straight rather than curved profile).

Thanks Hugh, that's the one. I see it shows part of a large painted advertisement for

The dry cleaners now in place have revealed and regilded the shop front sign.

I'm really unsure about this too, but is it partly a rationalisation to speed up certain routes? Thus Hornsey and Harringay are skipped by the Welwyn locals, and are only served by the Hertford Loop locals now?

A few years back there was a lot of discussion about future services on the line, including whether Harringay and Hornsey would be served by the new Thameslink trains. The problem being that the platforms were no longer there on those tracks, and that the current track configuration makes it very difficult to reinstate them at one of the stations without enormous expense.

Not totally true. There are four trains an hour to Welwyn Garden City - two of them are all stations and two skip Harringay and Hornsey.

Quite right, I was being lazy. Point being, though, that not all trains stop there because of the lack of platforms.

An interesting quandary, but if anything the move in recent years has been to more services and less skip stops.

The simplification in my first post was such as to disregard the fact there were 6 passenger lines: a through road, a down fast and slow, and an up fast, up slow 1 and up slow 2. These were flanked by a goods line emanating from the sidings at Ferme Park on the down side and a through line on the up side depot. Thus a pair of slow lines never had platforms at Hornsey.

In any case, fast line platforms at stations such as this simply wouldn’t exist in any format on today’s railway - see how they’re managed at stations like Hanwell (Great Western), Wembley Central (West Coast) and even some of the stations on the lines out of Victoria. Finsbury Park’s are very rarely used since the platform 1 work was completed. Ally Pally’s layout never had a platform on the down fast since the resignalling, but for flexibility an up fast platform face was retained. When work was completed to add a new platform on the Up Slow 2, this face was fenced off.

Such works might be possible on the up platform at Harringay (seeing as how it is an island between the two slow lines), but the down slow 2 is constrained by the joining chord from the Goblin, and the headshunt to Ferme Park sidings. At Hornsey the situation is reversed - an expensive rationalisation may allow a second down platform such as that one at AP, but the up slow 2 is constrained by the depot tracks.

Moral of the tale is, as you identified most concisely, that nothing is impossible, but for this exceptionally busy, cramped section of railway, it is staggeringly improbable.

Thanks Hugh for this interesting piece.  May I ask whether the map of which you show an extract actually labels the Stonebridge Brook as being near Hornsey station?  I always thought it was a good bit further south and passed under a short railway viaduct which also provided access to the western carriage drive from Harringay House.  I have marked  a stream in blue on the attached map which does not, unfortunately, label it. 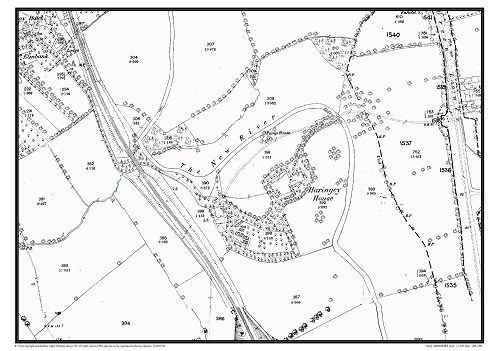