Looking earlier at an old picture of the Great Northern Railway Tavern on Hornsey High Street, I noticed that the sign to the east of the pub carries the name of Jones & Willis in place of Smithfield Refrigerator Works. You can see the photo here.

I hadn't heard of this company before so I dug around a little and found enough to satisfy my curiosity.

The business, originally Newton, Jones & Willis, was active from the 1840s until the 1930s. and became one of the largest church furnishers in Britain. Apparently they were also 'Church Furnishers to the Queen'. 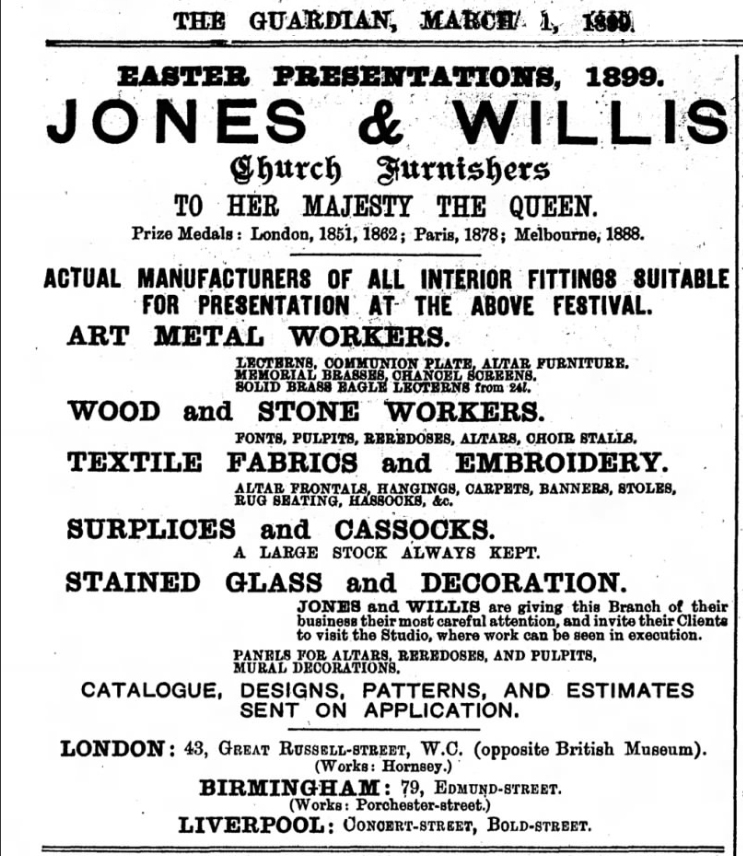 Their full entry in the 1914 Who's Who in Business was as follows:

Showrooms and Works: 43, Great Russell Streets, London, W.C. Established about 1830. Incorporated as a Limited Company in 1903.

Below is an advert they took out in the Illustrated Guide to the Church Congress 1897. 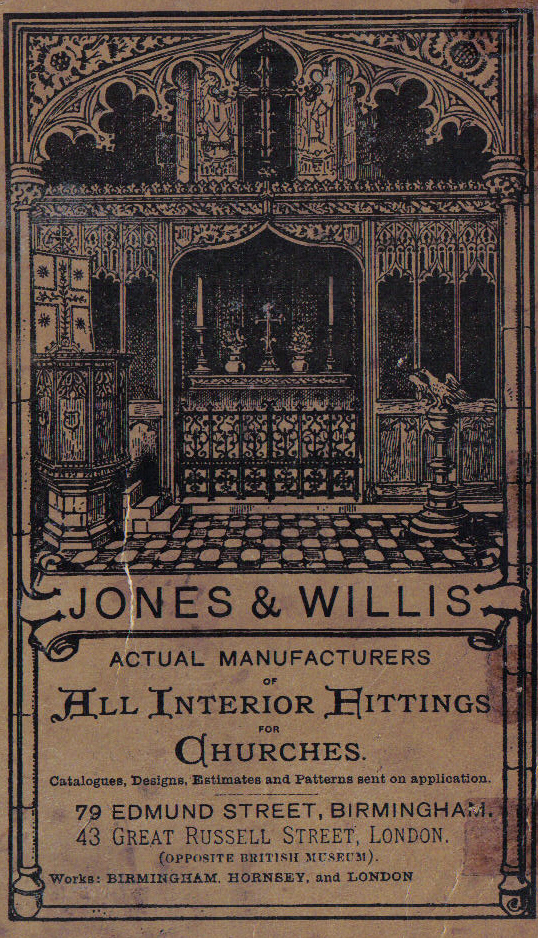 and a panel of their stained glass work from St Andrews Church in Congham, Norfolk: 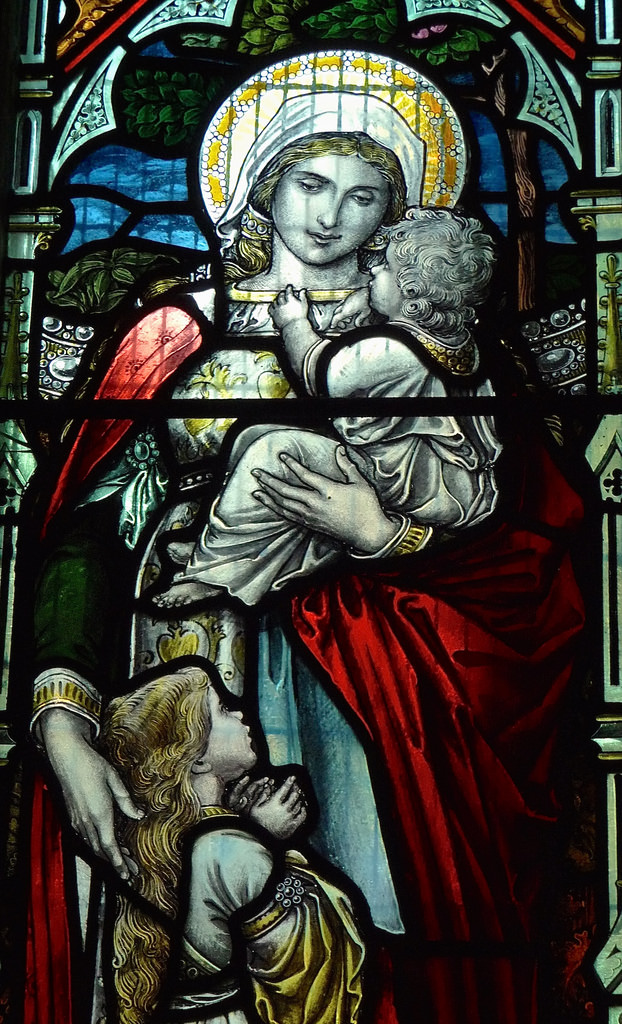 One of their most looked at works might be the copper weather vane in the shape of a ship on the New Observatory building in the Royal Observatory complex at Greenwich. We are told in The Sketch of 4th August 1897 that the vane is:

"from the Great Harry* of which there is a model in the Museum at Greenwich. This vessel was commissioned in Elizabeth's reign, and is typical of the ships of the period. The size of the model for the vane is, from bow to stern. 4 ft. 3 in., while the height over all is 3 ft. 9 in. The ball at the base of the finial is made of copper, and is 2 ft. 9 in. in diameter, while the total height of finial is 15 ft." 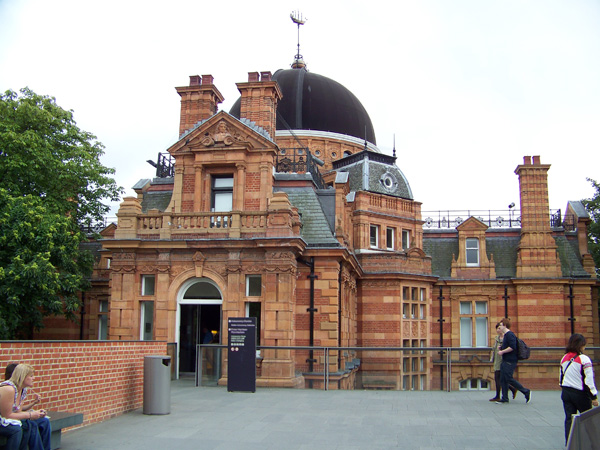 ...and here is a full Jones & Willis Catalogue from 1862. I note that there is no direct reference to the Hornsey Works in this publication. Since I have no date for the establishment of the works, we must assume that it might not have been opened at this point. Their 1905 catalogue, on the other hand, does note Hornsey. It also shows that metalwork has been given priority by this date at the front of their catalogue. Across the whole range there appears to have been a growth in more ornate and larger pieces. Stone work and stained glass have also been added.

As far as the date of the establishment of the works is concerned, the earliest concrete reference I can find to Hornsey is 1891. So we might assume that it was opened at some point in the closing decades of the nineteenth century.

Eagle works was a large premises covering the whole of the area behind the Great Northern Tavern and all of the area now covered by the Sainsbury's development (excluding the car park which used to be the Hornsey Council depot).

The firm moved out in the 1931 and and the works was taken over by Smithfield Refrigerators Ltd in 1932 until the company was wound up in 1971.

Records show a hearing in the Supreme Court in 1940 concerned with the winding-up of Jones & Willis Ltd. Pattern books and catalogues for the company exist in the Birmingham archives from about 1847 to 1931. So it seems likely that their move from Hornsey coincided with the end of the company's operations. 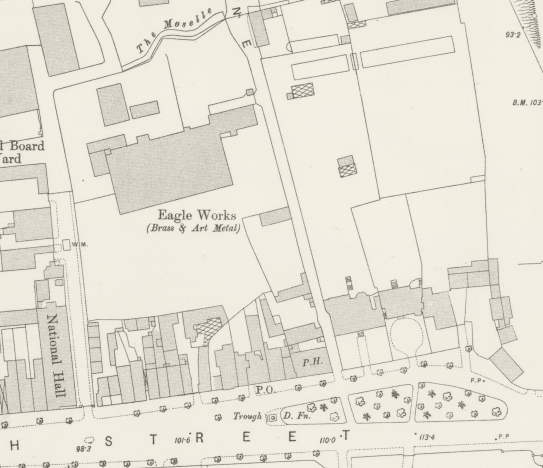 *In fact The Sketch got one detail wrong. The 'Great Harry' was built at Woolwich in 1514, five years into the reign of Henry VIII. She was one of the first ships of war to carry guns that fired through ports along her sides.  The ship was accidentally burnt in 1553. Below is Holbein's painting of he ship, currenlty at Greenwich, I believe. 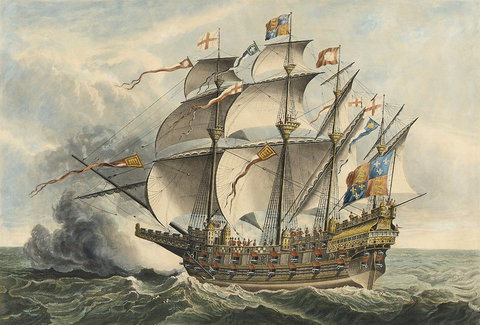 This from Edwina M, a descendant of the Willis family

In 1900 Blankley Harlow Willis (1867 – 1930) was living at 21 Rosebery Gardens, Crouch End. Over the front door there is a panel which appears to have replaced the standard wooden bars (that survive in the neighbouring houses). It was very probably made at the Jones & Willis works where Blankley Harlow was in charge. 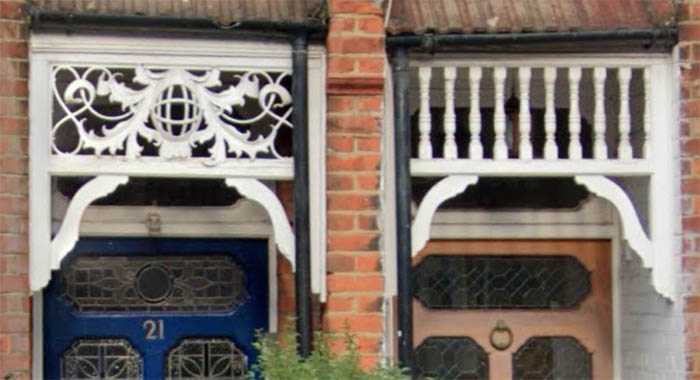 Sadly, I'm unlikely to be able to verify that by personal inspection!

Thanks to Willis family descendant Edwina McCombe, I am able to add the following images, showing the Eagle Works buildings and scenes which, Edwina and I are fairly confident, show inside the works. 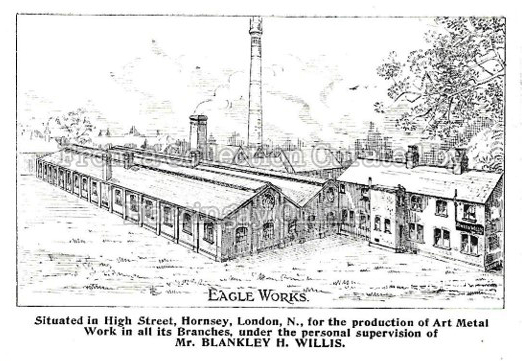 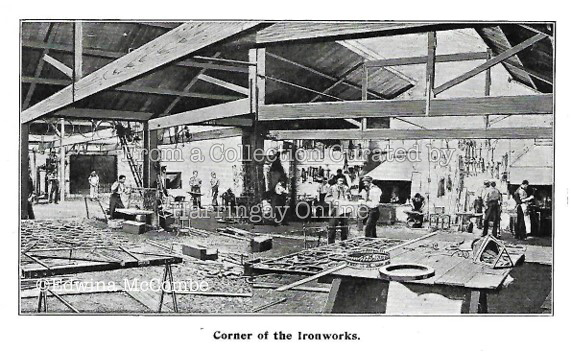 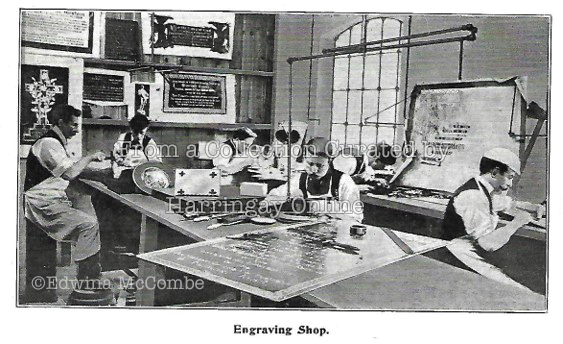 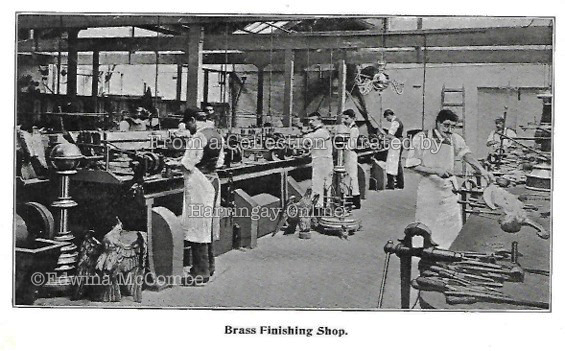 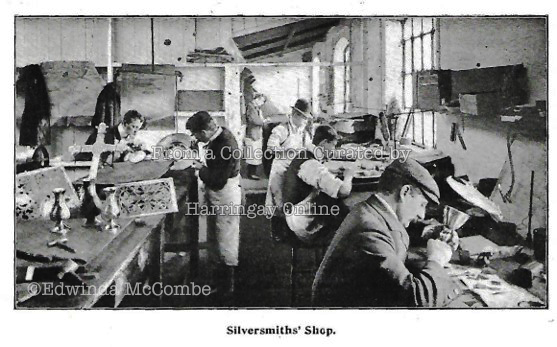