Hornsey's Organ Maker By Appointment to the Queen Last year I shared a little history about Hornsey's Metalworking firm that was By Appt. This short piece is about the firm who occupied the works in and behind Manor House at 71 High Street.

Hill & Son and Norman & Beard were church organ builders by appointment to the Queen. The firm was an amalgamation of two firms: William Hill & Son, formed in the 1840s and the East Anglian firm of Norman & Beard, incorporated in 1868.

The business traded on its heritage looking after many of the large cathedral organs and also constantly updating its approach to organ-building so that it also played a large part in the Theatre and Cinema organ business of the 1920s and 1930s. The company was acquired by John Christie in 1926 and continued in existence until its demise in 1996.

After the merger in 1916 the company used a factory in Islington until 1943 and Manor Works in, as well as in a building behind, Manor House / Number 71, Hornsey High Street, from 1947.

By 1910, the early Victorian Manor House had ceased to be used as a private residence and had become the Hornsey YMCA. The YMCA were recorded there until 1921. The premises was taken over by surgical instrument maker Brasse Ltd who occupied from 1923 until Hill & Son and Norman & Beard arrived in 1947. The YMCA then did not operate locally until their new building on Tottenham Lane was ready in 1930.

The organ makers moved to a former branch at Thaxted (Essex) in 1974, leaving the Hornsey premises empty. 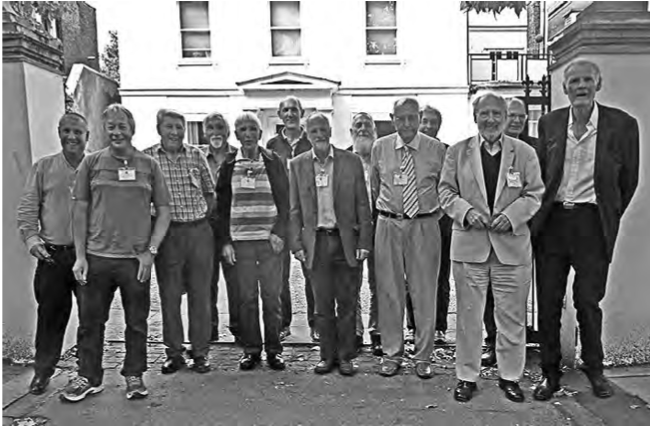 As a point of interest, John Christie was the founder of Glyndebourne Festival Opera at his family home near Lewes in 1934. Mr. Christie inherited the home in 1913 upon the death of his grandfather. He undertook a number of renovations of Glyndebourne including the building of an organ room where the largest pipe organ outside a cathedral was installed and which had been built by Hill, Norman & Beard.

I have no memory of this myself, but I passed Hugh's story on to the local organist David Aprahamian Liddle. David replied with this interesting message:

Thank you for that.

I visited Hill, Norman and Beard’s Hornsey premises in the 1970s.   Looking at Hugh’s article, it seems I must have visited before they left those premises in 1974.   So, I must have been about 13 and only just started organ lessons at my school at Worcester.

I was so thrilled to be given a guided tour round the organ factory, that the kind staff gave me two organ pipes!   I still have them:  a flue pipe and a reed pipe.

Later, I got to know Frank Fowler, managing Director of Hill, Norman and Beard.   Frank once drove me down to Sussex to meet various organists and try instruments.   He was also connected with the restored Alexandra Palace organ.

Thanks for that, Colin & David. The picture below shows Frank Fowler with the organ at the Odeon in Weston-Super-Mare. I'm not sure of the year. 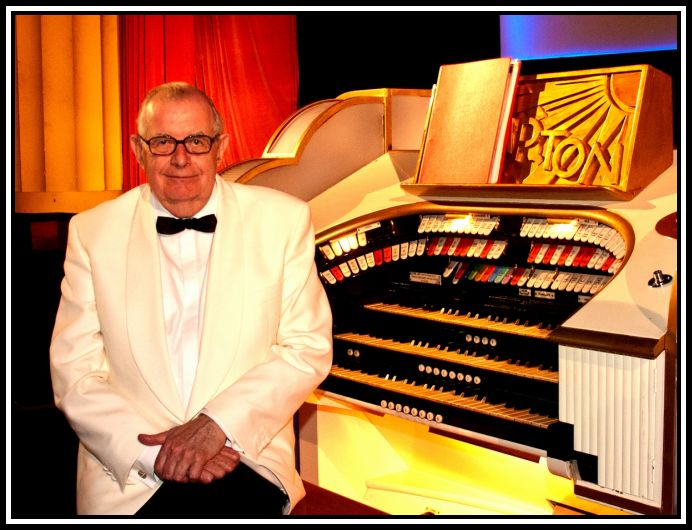 There is a further possible interest in this story. Last evening on BBC Radio 4 David Aprahamian Liddle spoke about playing the organ at the Notre Dame in Paris - it's about 13 minutes into this iPlayer Radio link: https://www.bbc.co.uk/sounds/play/m0004lb6 .

There is (was?) a rather fine Hill Norman and Beard organ in the hall at St David and St Katharine Secondary School (now Gregg Academy).

The National Pipe Organ Register (NPOR) suggests that the organ is still in the school, although it hasn't been surveyed for some time.

When the Company built cinema organs, they were branded "Christie" (after John Christie) to distant them from their more "serious" organ building. The nearest Christie organ to us is at the ex-Granada Cinema in Walthamstow, opened in 1930, and is still in situ, one of a handful of cinema organs left in their original homes. The organ is unplayable at present pending restoration of the auditorium. There was also a Christie in the Regal, Edmonton which was removed before the building was demolished, and is now playing at "Paul Kirner's Music Palace" near Porth in South Wales.

I met Frank Fowler a few times in his latter years and he was a very jovial gentleman with many good stories to tell about the organ world!

My brother Vincent is pictured in this group centre rear with the long beard. Now an eminent organ restorer in his own right. When he joined the company we lived in Burghley Rd., off Turnpike Lane so he only had a short walk to work.

It seems to me I have been haunted all my life by organs made by these people! If only I could play one! My wife;'s father was a very skilled church organist and a great admirer of Hill, Norman and Beard organs. There was one in my local church in Norfolk and it was refurbished in the l;ate 19th and again in the rarely 20th century by a Hornsey company, successors to Hill, Norman and Beard. For a short time in the 80s I owned a couple of pipes taken from a demolished Norman and Beard organ in Huntingdonshire. Too big to keep they went I now know not where!

This piece from Colchester will give a flavour of the company:

I've often seen church organs made by this company and played on them - never realized they used to be based at the bottom of my Road!