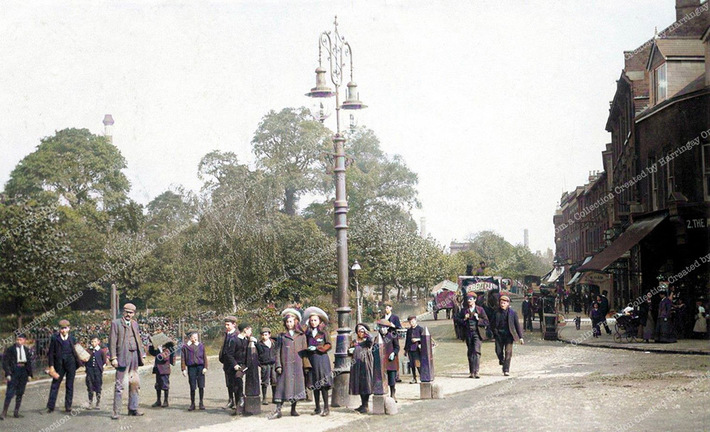 The strip of ground along the north side of the western end of Hornsey High Street started its civic life as the pride and joy of Hornsey Council.

Until the end of the nineteenth century it was a strip of waste land (unused land) in front of the Rectory. In 1887, it was given to the Hornsey Local Board (the equivalent of the Council) by the Ecclesiastical Commissioners.

Seeing open spaces shrink as the area was built up, the Board decided to use the land to create its first pleasure grounds.

Apparently, all was not plain sailing. It seems like some of the first trees planted in the new grounds died within the first few months.

By the end of the first year a shelter had been ordered. 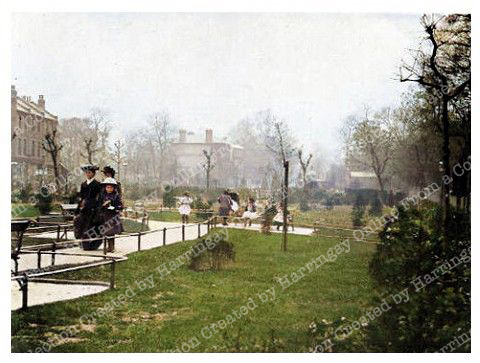 By the following spring the Shelter had been erected and the pleasure grounds were apparently proving popular. 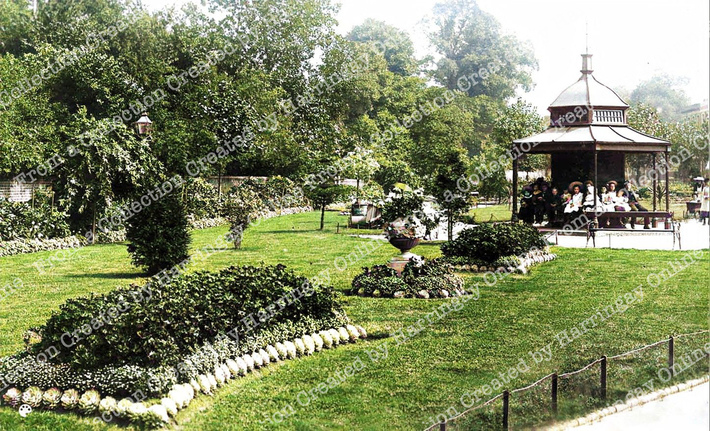 The shelter may well have been most beloved of children and pensioners, but it's difficult to imagine that it wasn't also the scene of many a local tryst and a popular spot after a night in the Three Compasses. Image 7: The shelter looking west, showing the edge of the wall of The Rectory on the right (Original Edwardian colourisation)

With a few final tweaks, the grounds reached their turn-of-the-century shape. 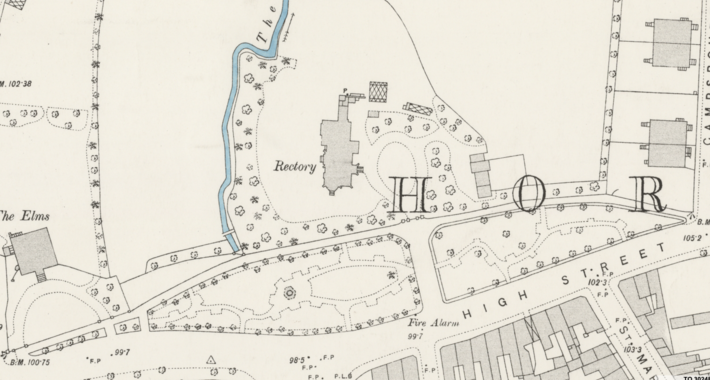 Image 9: Snippet from 1893 Ordnance Survey Map showing the location of the shelter and the small paths running through the gardens. The turning opposite the shelter is Middle Lane 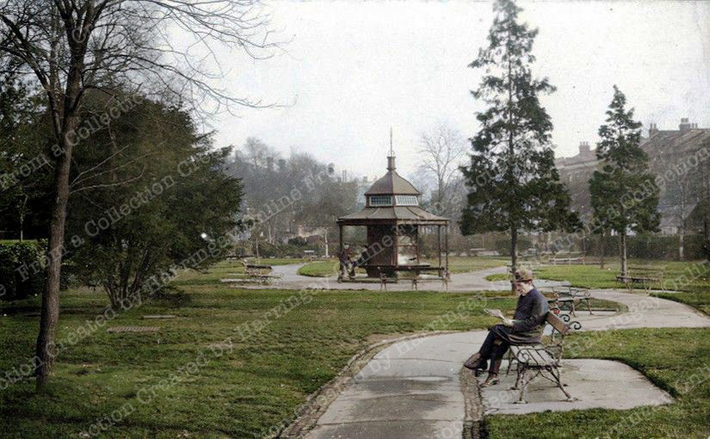 The local council, newspapers and postcard makers all seemed to have trouble settling on a name.

Whilst there seems to be little doubt, that it was initially referred to as the Hornsey Pleasure Grounds, the development of the much larger park just across the road (now Priory Park) clearly caused confusion.

By the end of the century, the bigger park was referred to as Hornsey Pleasure Grounds and the soon-to-be-forgotten former waste lands was known by any of five names:

Here's how the gardens were mapped by the Ordnance Survey in the 1950s. It's nice to see them finally blessed with a name - one which seem to have stuck.

I'll let the words and photos of Joyce Rosser, the convenor the Friends of Rectory Gardens bring the story up to date.

Twenty years ago Rectory Gardens looked very run down so in 2006 it was completely re-landscaped at a cost of £280,000 (Section 106 money from New River Village development).

The new design included a pergola by a central open area with seating (convenient for parents waiting for St Mary’s School children), and new pathways. Then in 2015 Thames 21 and Love the Lea identified Rectory Gardens as the location for a sustainable drainage system (SuDS). Image 16: Rectory Gardens is now a SuDS (See my (Hugh's) comment below).

Since 2016 there has been an informal Friends of Rectory Gardens. In 2017 we got a Hornsey Ward grant for maintenance work and replanting in and around the pergola.

Recently we have focused on the rainpark: liaising with Parks Department to work out best mowing regime; planting and cutting vegetation in the channels; making sure pipes and openings to the road are clear. And, of course, regular litter picking.

Well done to Joyce and the Friends team. Thank you for helping bring the strip back to life.

The shelter was still there in the 1960s and possibly later. Great to hide from rain. I believe by then swings had also been installed. After many years of neglect by Haringey Council, the shelter etc were removed. Much more recently Joyce Rosser (of WERA) had it made into a rain garden with new open air seating. It much nicer and more used now. Nicer to walk through from The Campsbourne to the Drill Hall along the narrow High Street pavement.

Thanks for that additional info, Lesley. I had come across something about the rain garden yesterday, but because it wasn't my immediate focus, I passed on by.

Digging back in again, via my browser history, there seems to be quite a bit on the web about a series of three rain parks or gardens in Hornsey, two on Priory Road and the Rectory Gardens one.

According to the River Health charity Thames 21:

Rain gardens are designed to catch the rain water before it enters the drainage system. They provide areas that water can soak into and can help to remove pollution. Rain gardens are also a great source of food and habitat for wildlife. They can improve the appearance of your property and local area.

There's a City Hall web page about the projects and three pdfs which are attached below. The third attachment is more borough-wide look at the issue that the Rectory Gardens rain park addresses, apparently delivered through residents' doors.

It's nice to know that the shelter lasted as long as it did. Looking at Street View yesterday, I noticed that there seems to be a wooden structure roughly where the Victorian one stood. As far as you know, Lesley, was that  designed to mark the spot?

Attached pic is of the shelter as I remember it in my 1950s childhood. (Illustration from "Beauty in the Borough.

Thanks to the convenor of the Friends of Priory Gardens for bringing the story up-to-date. I've added her words and pictures to the end of the original piece above.