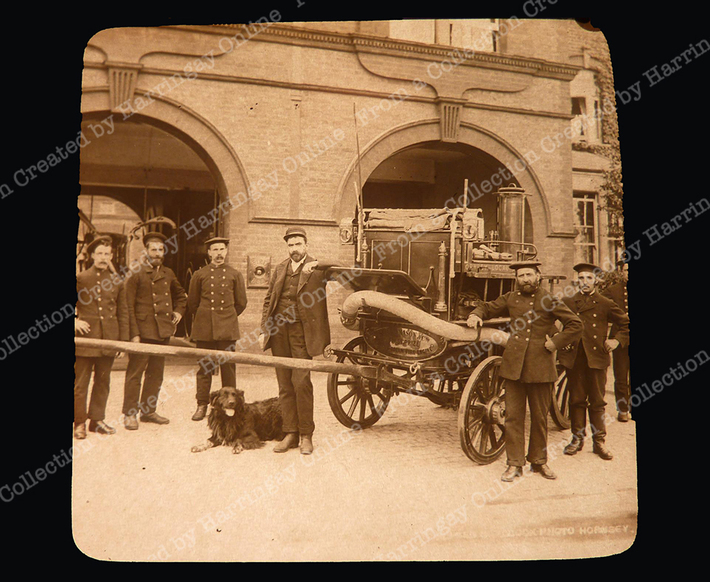 In a comment on another photo earlier today, Straw Cat mentioned that the old Firemen's Dwellings that used to serve the old fire station on Tottenham Lane are still standing,

A quick Google shows that these Glebe Road premises now serve as flats, give of which are social housing and three appear to be privately owned. 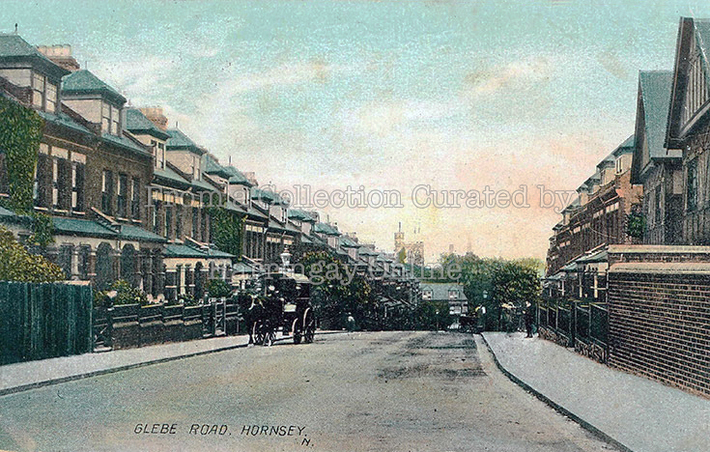 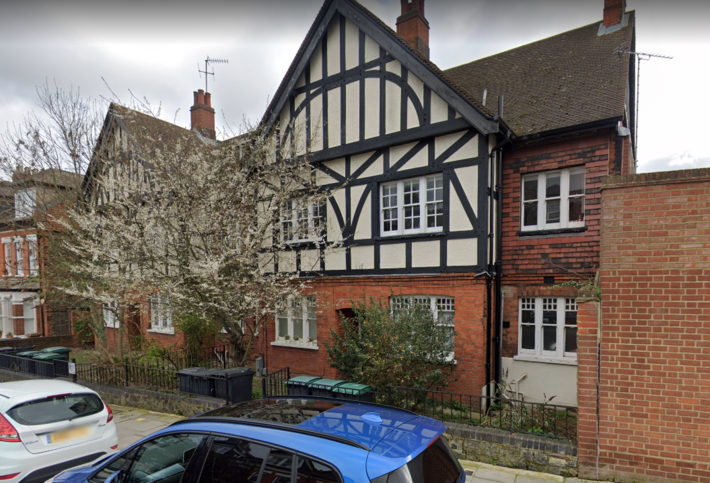 At the rear of the flats, the old yard remains pretty much intact. 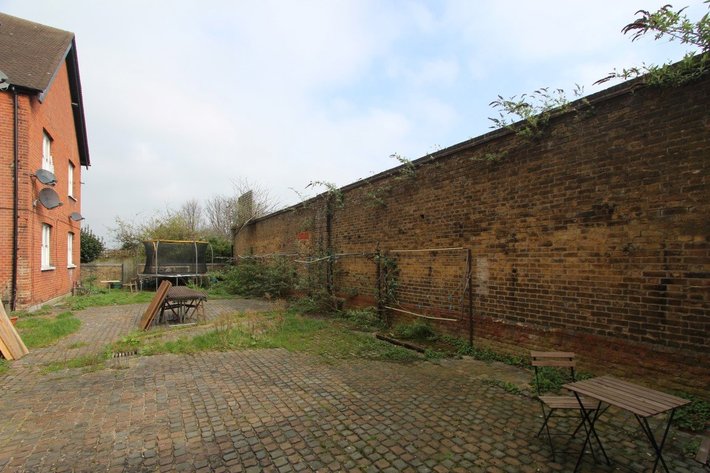 I found one of the flats for rent on a Google search. This two-bedroom flat seems quite roomy by today's standards.

Below is an itemisation of the Hornsey Fire station buildings in 1910 (the same report goes on to itemise every bit of equipment they had!). So, my mind then turned to who lived there. Because information is quite easily available for the Edwardian period, I took 1910 as a sample year. As always, Kelly's gives us a good snapshot of who was there. I wonder if any of these chaps is pictured in the photo at the top of the page? The man leaning on the cart in the top photo next to the dog seems to be marked out as different by his headgear. That and his central position in the photo makes me that he was probably the station officer. The period is round about 1910. Could that be James Porter?

He also looks passably similar to a portrait I have of a Hornsey Fireman. I wonder if this is him? 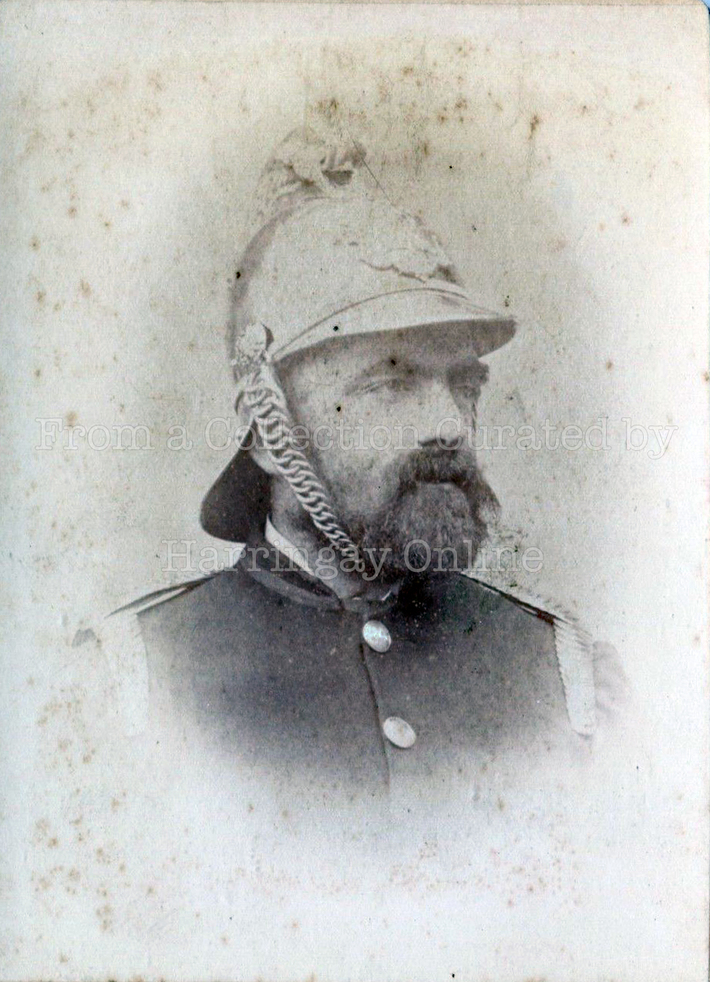 He and Henry Crannis at number 2 featured in a local paper story of derring-do in 1907. 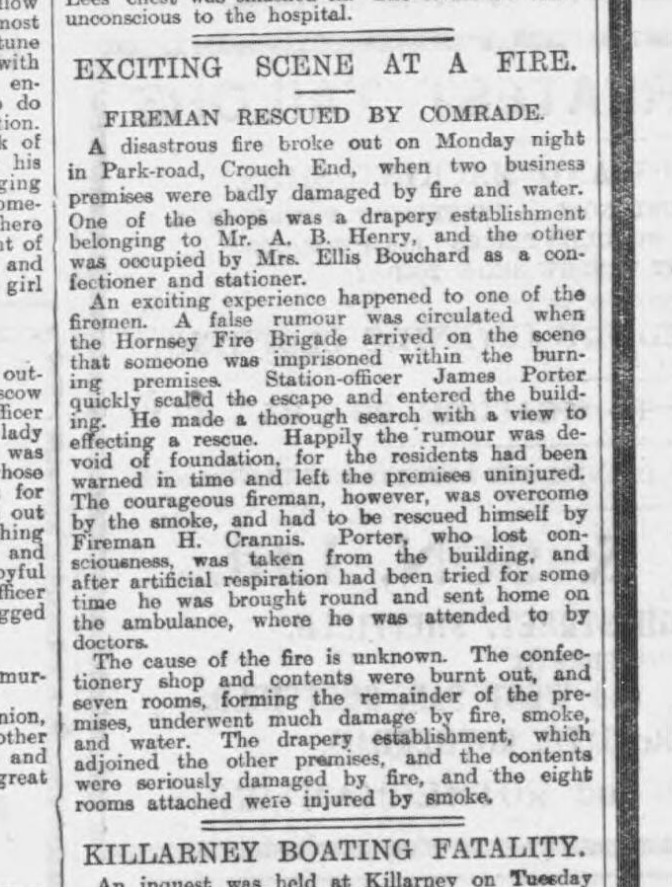 Hornsey Fireman on their fire engine on Tottenham Lane 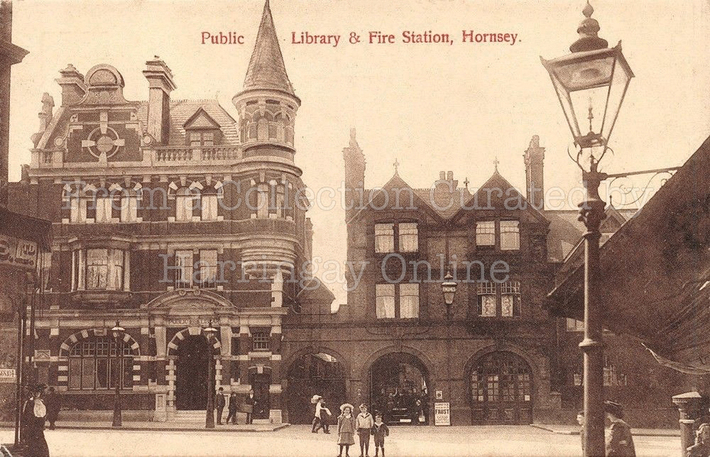 The fire station on Tottenham Lane (far right). To its left is the old library (To the left of that, and out of shot was the police station ( soon-to-be ex-police station). 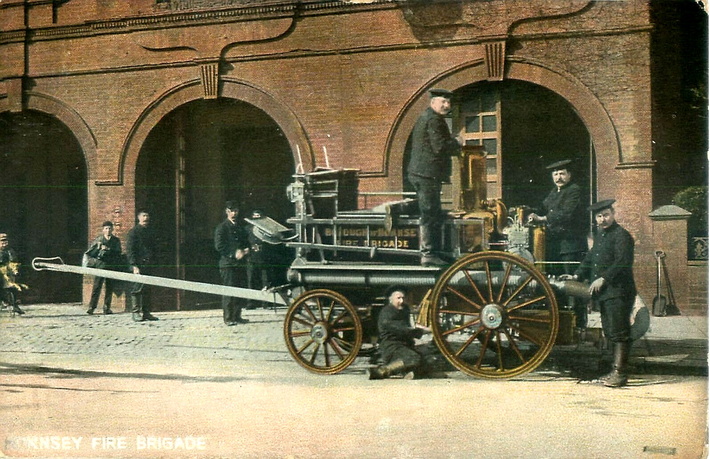 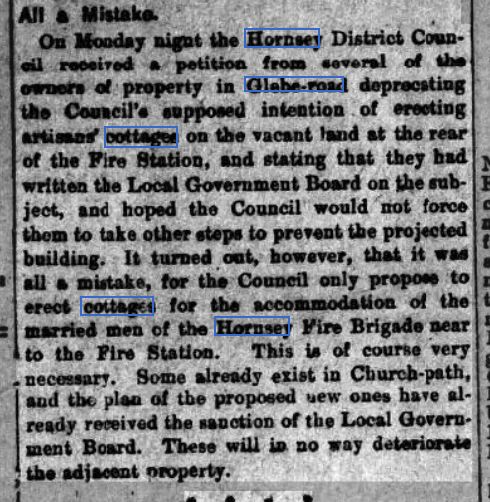 Great article, as ever, by Hugh. As an aside I recall the library next to the firestation. It was the main Hornsey library, until it moved to Haringey Park, where it still stands. There was quite a long entrance corridor to the issue desk, with the bookstacks further back. There was also a record library (LP's of course) which was situated just to the right (as you went in) of the desk. Anyone else remember it?

Ah yes, Peter, childhood impression of polished wood, glass and funereal silence. Cardboard library ticket that had the docket from the book inserted and then filed away at the "checkout" . Upon return, docket reinserted in book and library card handed back.

By coincidence, Peter, I posted a photo of that long entrance corridor just the other day.

There was a photograph of the library here on this website a week or two ago.

Yup. It’s in this group.

Found this week and added to the original post, a list of all the fire service accommodation in Hornsey. The same report included a list of the accommodation and equipment in all Hornsey's fire station, including in Harringay's - to be shared at some point.

That's a coincidence - yesterday I walked down Glebe Road, past those dwellings, and wondered to myself why they looked so different from the other houses on the street. And this morning my question is answered!