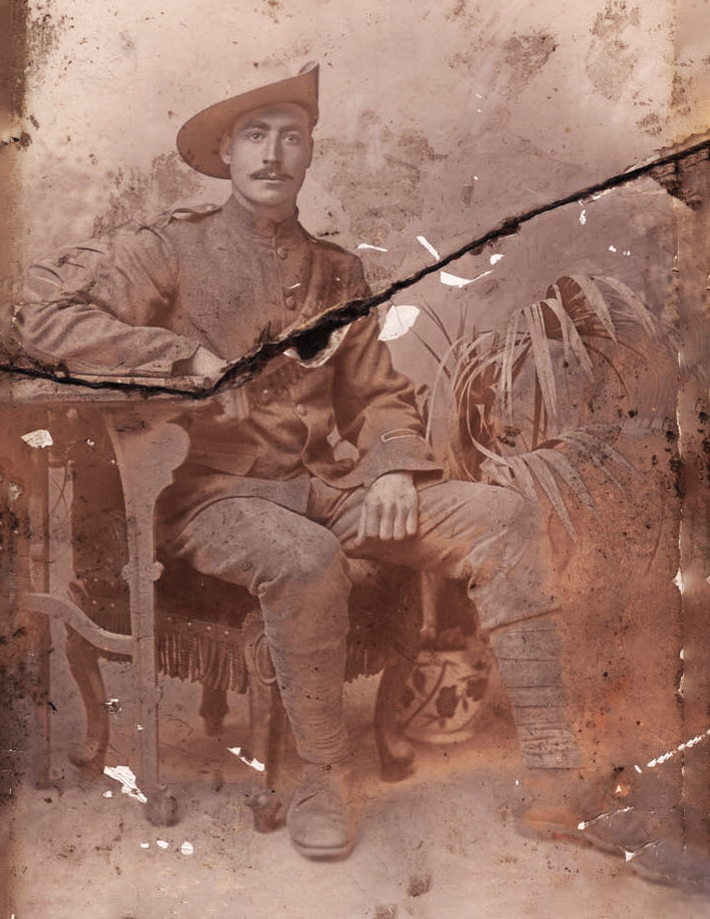 Pictured above is Alfred John Fennell, an Wood Green Edwardian who served in both the British Army and the Metropolitan Police Force.

Alfred was born in Blackheath on 1 April 1879. Before he'd reached his first birthday, his father Henry George and his mother Eliza Harriet had moved from Harriet's hometown of Blackheath where they'd lived since they married in 1863. They set up home at 1 Henrietta Villas in Winkfield Road, Wood Green (later 1, Winkfield Road) where Alfred spent the rest of his childhood.

His Cheltenham-born father was a carpenter (later a farmer's carpenter. His mother was born in Blackheath of parents who were a coachman and a charwoman.

On Christmas Day, 1896, Alfred signed up for short-service with the 1st Scots Guards, when he was a few months short of 19. On his joining papers he declared that he had previously served with the Loyal North Lancashire regiment. This might account for the narrative in the surviving family that Alfred had joined up under age.

He served in South Africa for three years from October 1899 until October 1902. This period covered the whole of the second Boer War, an intense and emotional campaign for the British that saw patriotic outpourings around the country rivalling those seen at the beginning and end of the Great War.

Alfred was just one of a quarter of a million men (not including colonial troops) Britain sent to fight in South Africa. The war permeated popular culture and was widely, but by no means universally supported,

Locally a carinval was held to help raise funds for the war. Charity carnival processions of costumed individuals and decorated vehicles had become an increasingly common feature of British urban life over the final two decades of the nineteenth century. So, when the Telegraph made an appeal in late 1899 for financial aid for deceased combatants’ dependents, there was a ready model for its readers to draw upon. 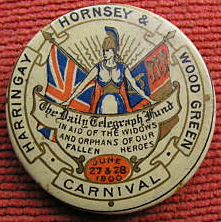 Alfred would have been very familiar with the Chesser forge, just around the corner from his home. The Chessers contributed a float to the procession. 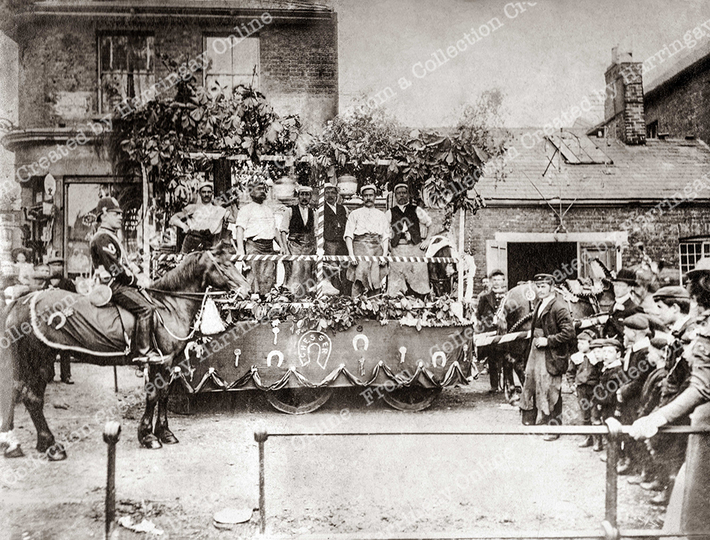 Alfred left the service in 1908 and immediately joined the Metropolitan Police (under warrant number 95500), serving at Wood Green station.

He served at a time when the image of the police was more Dixon of Dock Green than Line of Duty. In fact the creator of the Famous PC Dixon, Ted Willis, was a local boy himself. He was born in Stanley Road, right on what I think of as the border between Harringay and West Green. After Alfred's marriage, his mother moved to 19 Gladstone Avenue where she seems to have lived until her death in 1928.

Alfred retired from the police in January 1933 and was widowed in 1966. He lived on a further eight years until 1972 by which time he'd reached the ripe old age of 93.

I wrote before about what I called the 'Redvers Triangle'. The area is made up entirely of roads that bore names commemorating the war in which Alfred fought. Sir Redvers Buller was initially the Commander-in-Chief of British forces in South Africa, He gave us the names for both Redvers Road and Buller Road. (Though quite why he was remembered so fondly after earning the nickname 'Reverse Buller' is not clear!).

Both pictures of Alfred Fennell were sent to me by his grandson, Tony Fennell, with the express wish that they be published. The research was undertaken by me to give the photos context.

Fascinating, Hugh.  Living to the ripe old age of 93 means we have lived through almost a century of history. That was driven home to me watching the BBC's tribute last night to the Duke of Edinburgh. Here it's amazing that someone who fought in the Boer War could still be alive in 1972. History concertinas somehow.

Geraldine, hello :) I have seen written that WW2 alone accelerated technology by 200 years. He was born in the reign of Queen Victoria also.

Very good to have the opportunity to read this interesting history of your grandfather, Tim.  It makes fascinating reading.  When I worked in the geriatric department of a London Hospital back in the 1970s, all the patients were born in the late 1800s.  There must have been some marvellous stories there.  As I myself grow older I wish I had learned more about them.

Geraldine, I understand what you mean. My grandfather died when I was 12, so I never had the opportunity to ask him any adult questions about his life, regrettably. My parents would later tell me 'he had some tales to tell'. I do remember them telling me that on one occasion his regiment were camped outside a large town and that he and his pal snuck out to the town. Upon their return in the morning, the regiment had moved out! Best regards.

Amazing research Hugh, thank you so much. I am his grandson, by one of his two sons, also Alfred. I lived in Wood Green also into the mid eighties, when I migrated east. As Geraldine has pointed out, his lifespan saw some dramatic changes. To think he fought in the Boer war (as one of the 'lions led by donkeys' described by the Boers), through two world wars, not to mention a global pandemic, to see men land on the moon and jet aeroplanes. Thanks again Hugh.

As always Hugh.....wonderful research work.  And what a spectacle that carnival must have been.    What a life story Alfred had to relay.  And what a lovely caring understanding picture of a copper he seemingly represents.  What is the possibility of a few of our ageing HoL members having been clipped round the ear 'ole by him ???

Such respect and esteem for folk who reach that age.  Just hope he didn't suffer ill health.