Cycling Along Wightman - What We Found Out at Monday's Bike Breakfast 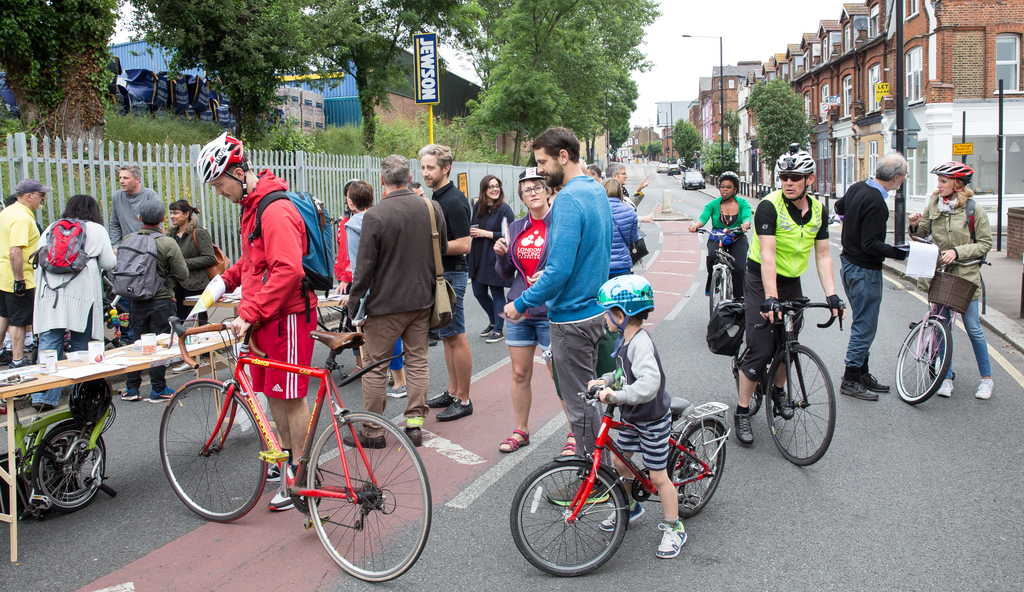 There was an enthusiastic response to Monday’s Bike Breakfast on Wightman Road organised by Living Wightman and Haringey Cyclists. The event was part of national bike week, an annual opportunity to promote cycling and show how getting on your bike can easily be a part of everyday life.

We were delighted that Joanne McCartney, London’s Deputy Mayor, Peray Ahmet, Haringey Council Cabinet Member for the Environment and Emine Ibrahim one of our local Harringay Councillors joined us to celebrate national bike week and came along to hear what a positive difference the bridge closure is making to cyclists from across Haringey.

What we Found Out

Well over 300 cyclists use Wightman between 7:30 am – 9:30 am each day to commute to work. This means 300+ less people driving to work or adding to crowds on public transport, benefiting everyone. 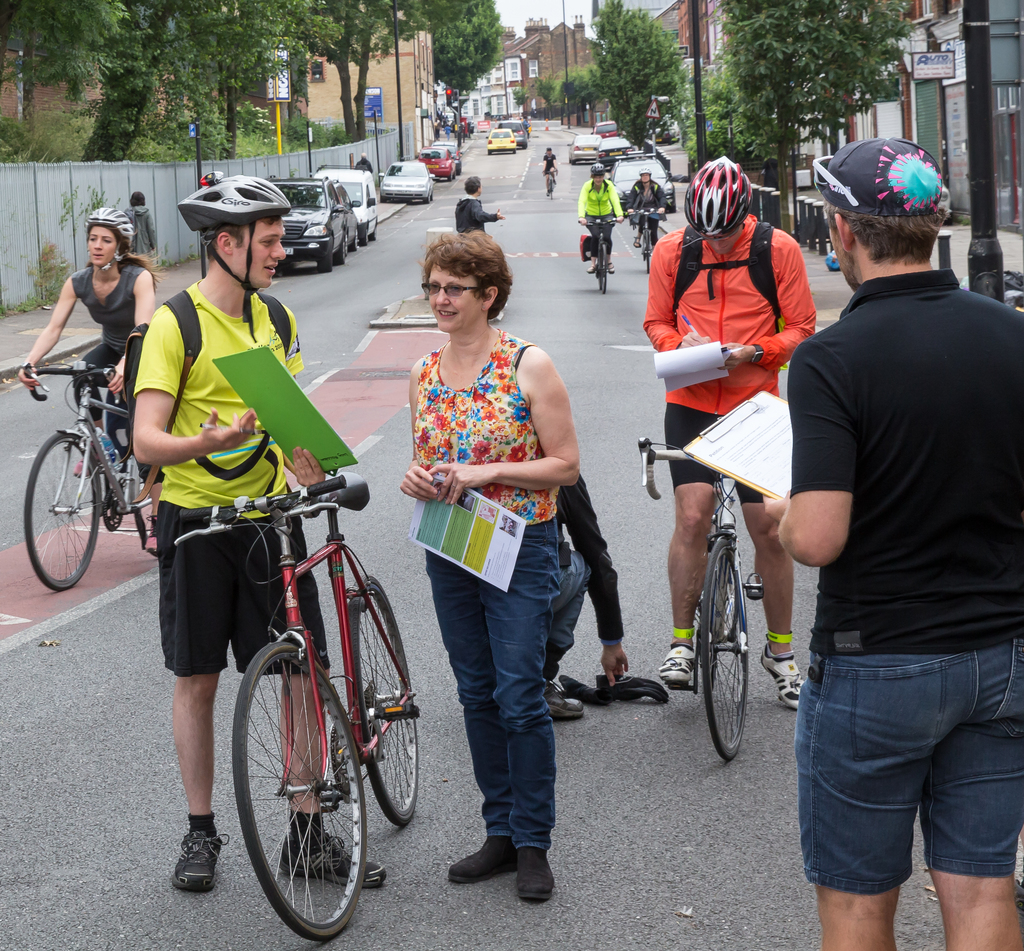 ‘A safe, low-traffic Wightman Road could provide a key part of a strategic cycle route connecting Haringey with Barnet and Enfield to the north, Hackney and Islington to the south, and beyond.’

Equally interesting was where they cycled to

Cyclists told us about their journey through Harringay. Our survey found that 96% of cyclists would prefer Wightman Road to remain a very low traffic road, as it is now, with 4% as yet undecided what the best solution going forward is. It was inspirational to hear stories from cyclist of how removing through motor traffic from this road has transformed their lives for the better.

Before the bridge works cyclists said they found Wightman Road dangerous and 72% said that the main benefit of the current arrangement is increased safety.

Tom one of the cyclists we surveyed said

‘Huge difference, every day. Despite travelling to and from central London every day, Wightman road was the obviously dangerous and threatening part of my journey in each direction. Cars would only pass dangerously close to me as I would cycle and drive concerningly close to me if they could not pass.’

Cyclists also mentioned that their cycle was far more quiet and pleasant, quicker and less polluted. They had noticed more children playing and cycling and the local community enjoying their street.

Even in the short time since the closure,16% of cyclists had shifted their journey from Green Lanes and 4% had shifted from public transport or driving to cycling their commute since the bridge works.

One reason for retaining a low traffic route, perhaps similar to the current configuration is that Wightman could then be promoted as a safe cycling route. It would become part of a 4mile+ safe cycle route through Alexandra Park along Wightman and through Finsbury park, linking Muswell Hill and  Alexandra Park to Central London. More people locally and further afield would be encouraged to give up their car commute. This is one example of how Living Wightman’s vision is about improving the people’s lives locally and in other areas of Haringey and in other London boroughs too.

We’ve noticed dozens of children enjoying the chance to cycle safely along Wightman to school. 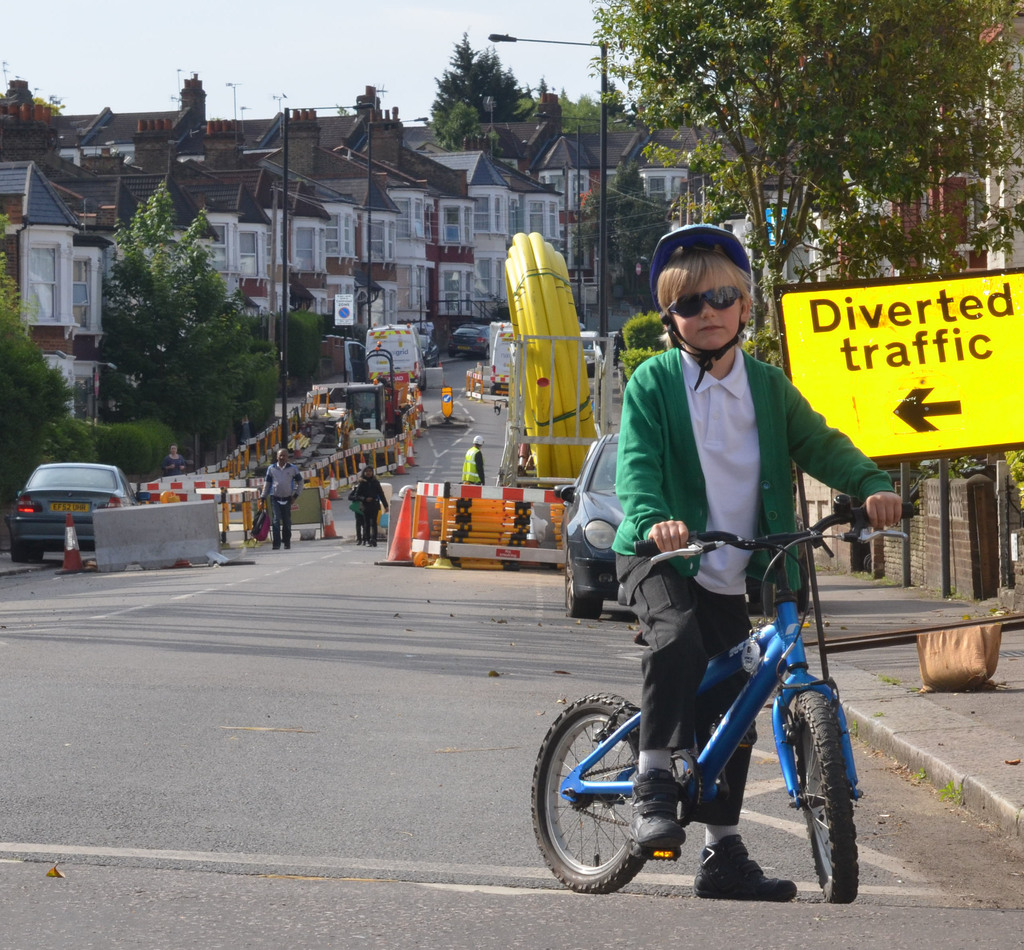 Whilst this has immediate benefits, it also lays the foundation for cycling into adulthood, by increasing confidence on the roads. 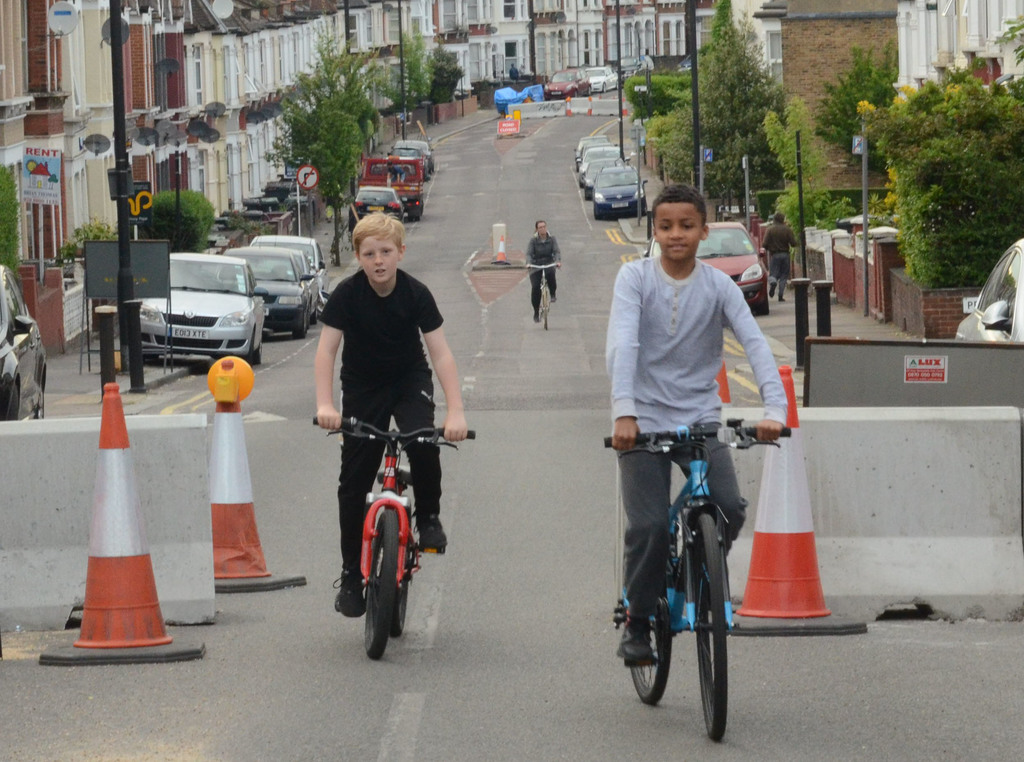 As one mother on Harringay Online has previously said

‘The Wightman closure has greatly improved our cycle ride to school. My kid is delighted at being able to ride on the road, there’s no way I would allow him/her to cycle on this road if it was open to traffic, even with my supervision.’ 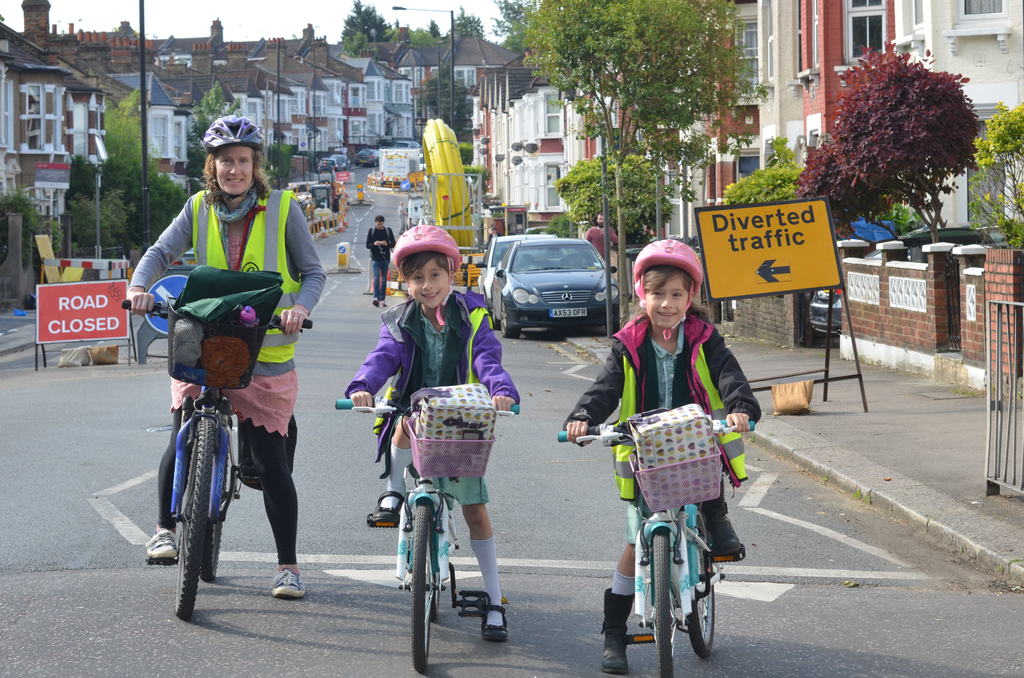 We appreciate that the traffic at peak times and during the weekends, especially on Green Lanes and Turnpike Lane is currently creating longer journey times for car and bus users. Living Wightman is also campaigning for solutions to reduce these. We believe it’s particularly important to get the buses moving. There has always been a problem with bus journey times in the area and the Harringay traffic review and our campaign presents us with an opportunity to improve these. We’re confident a lot can be done. Whilst traffic experts are the people who need to identify what will work best, the positive, wide ranging ideas generated by  Justin Guest's post about possible solutions is also just what we need.

Meanwhile let’s recognise that the bridge works have taken hundreds of cyclists out of danger and encouraged our children to cycle and celebrate that.

What a fine story.

Permalink Reply by Alice Mezzo on June 17, 2016 at 7:20
Fantastic! Will there be another bike breakfast? Put commute starts at 7am btw so add one more cyclist to the commuter list!

Permalink Reply by h4k on June 17, 2016 at 7:40
I know Wight man Road is lovely and quiet but the effect for everyone else is a massive negative. Your reporting is that 12 extra people were cycling rather than using cars or public transport. And that the overwhelming majority of the cyclists were from the ladder and had already been commuting by bike. Meanwhile traffic on for example the 41 route is terrible. This serves several Haringey secondary schools. Journey times are rubbish. Pollution must be massively increased for all the people living on that route plus those living on green lanes. And exposure to pollution for kids attending Park View, Greig City and commuting to Gladesmore or Hornsey school for girls must be much worse.

This is an inspirational campaign - I really hope it encourages other communities to think about their own living spaces and launch similar campaigns to create safer and healthier environments and permanently transform London's streets!

Permalink Reply by Antoinette on June 17, 2016 at 9:03
300 cyclists get a pleasant journey to work while 3,000 bus passengers are stuck on Green Lanes going nowhere fast

Let's push for Green Lanes to be a red route to improve bus journey times, rather than try to negate the cycling.

10,000 fewer people exposed to life shortening pollution every day. Birds able to build nests in front gardens because they are not shaken to pieces by lorries. Children reclaiming something stolen from them generations ago.

Why do you blame the bus problems on the cyclists and not the people commuting and doing school runs with private motor vehicles?

OK, let's open another road and have even LESS congestion! See how that doesn't work?

Permalink Reply by Antoinette on June 17, 2016 at 12:58
I would open up all the roads currently closed; Hermitage, the Gardens etc. I fundamentally disagree that residential roads should only be accessible to residents.

That is a logically consistent position Antoinette!