From extensive research undertaken today it would appear that the council have given Haringey Council lorries carte blanche to ignore the 7.5t access only limits on the Ladder.

My morning began with a phone call to Structural Steelwork and Engineering Ltd of Lea Valley after I took a movie of one of their trucks using my road as a shortcut. Using the A406 for them must be torture at the moment so of course they're taking shortcuts down Lausanne Rd. After a very nice phone call to the foreman, who also has a speedhump outside his house, I got a promise that he would speak to the driver and check the tracker in his vehicle. Sure he tried to tell me that the truck could have been 7.5t but after insisting that no way could he get that amount of steel on a 7.5t truck he looked it up, 18t.

Anyway, a not so productive time with Haringey Council later on in the day. Their vehicle impounding yard is in Mary Neuner Rd and they can't get to that from Turnpike Lane as there's no right turn. They HAVE to use a ladder road, be it Warham or Lausanne or whatever and their vehicle impounding lorries are at least 12t. So I got on my bike and meandered on down there after taking a nice movie of an impounding vehicle who couldn't hear me clearly enough the first time asking him what he was doing so came around the block.

Down at the Haringey Vehicle Pound I spoke to someone who was actually quite good at saying nothing and I expect to see in politics one day. First he tried to accuse me of having this bee under my bonnet because I had previously had a vehicle impounded by the council. Then he tried to say that their trucks were 7.5t (pull the other one sunshine, my father sold trucks, I know you can't carry another car on 7.5t). The most laughable one was when I said I had a movie of it that I had to show the truck going past the 7.5t access only sign. I asked him to come back with me and see the sign for himself (all I wanted was for him to have a word with the drivers) but he said he didn't have time.

Does anyone else have a lot of the Haringey Council vehicle impounding lorries come down their street?

Permalink Reply by John D on August 21, 2010 at 5:53
I have read that Council vehicles are given carte blanche to ignore restrictions. 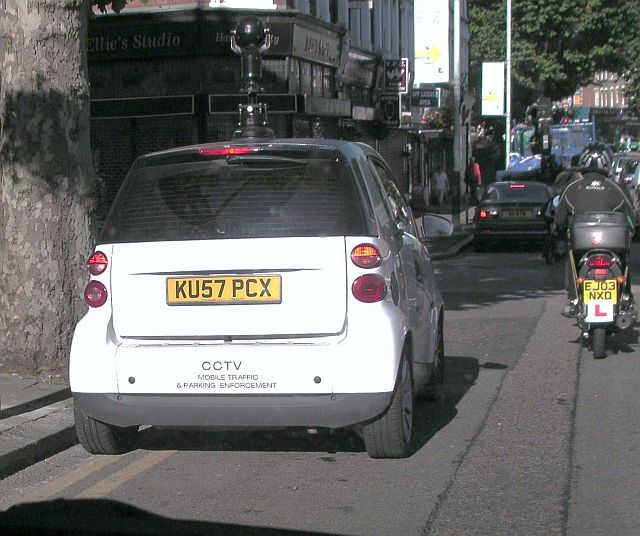 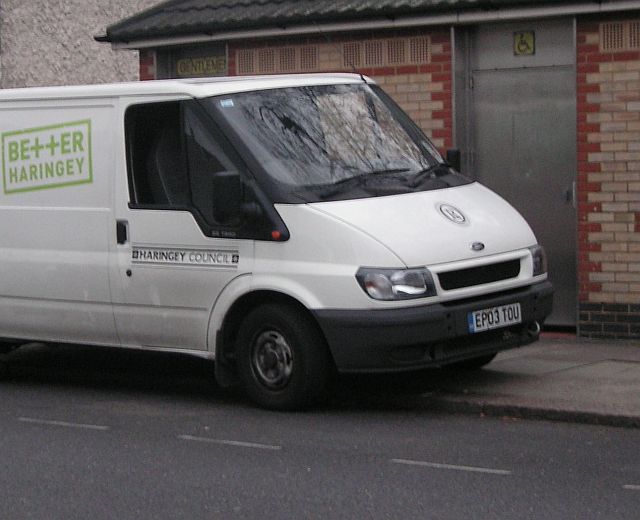 One of the long term problems for behaviour like this is that it reduces further the confidence in the local authority as a fair and reasonable organ of the state. It is plain that much enforcement has little to do with safety and traffic flow, but cash generation.

It breeds cynicism. You could say that it reinforces the undermining of respect.

Permalink Reply by John McMullan on August 25, 2010 at 10:11
I chased another large council impounding truck back to the pound this morning and got to speak to someone a bit better. They informed me that their company "Ontime Parking Solutions" have been given special permission by the council to use my street as a short cut back to their pound. I am trying to find out who it was at the council but no wonder they are not keen to give the power for enforcing this limit to the local SNT.

Permalink Reply by Alan Stanton on August 25, 2010 at 11:32
Well captured, John! I suggest you email Cllr Nilgun Canver and Niall Bolger (Director of Urban Environment) asking them to take immediate steps:
● to remind and warn all staff and contractors about obeying the rules
● and to take prompt effective action about future breaches.

Clive is right. Local authority staff and their contractors are not above the law and shouldn't abuse their position. Nor flagrantly and publicly "model' illegal or undesirable behaviour.

Former councillor Ray Dodds and I warned that when Highways and Parking Service staff ignored the law on traffic lines and signs - while expecting drivers to pay up - it was corrosive of public trust in public officials. Clearly that lesson has still not been learned in parts of the Council.

Permalink Reply by John McMullan on August 25, 2010 at 12:41
I got an email from the Ontime parking people. They told me who gave them permission to disobey the restrictions. It was the Head of Parking Services.

Permalink Reply by Alan Stanton on August 25, 2010 at 14:06
Then, John, there's even more reason to write to Cllr Nilgun Canver and Mr Niall Bolger.

And please send a copy to Ann Cunningham (Head of the Parking Service) asking if she gave such special dispensation to Ontime. (ann.Cunningham@haringey.gov.uk). I'm sure a few HoL members would like to read the reply.

Permalink Reply by John McMullan on August 25, 2010 at 21:13
I got a reply from Ann Cunningham. Upon reading it a third, fouth and fifth time and asking my wife's opinion I've asked for a clarification.

Can I just please clarify, enforcement vehicles over the 7.5t limit are not allowed into my street (Lausanne Rd) unless they are actually impounding a vehicle in my street?

It's probably not her fault that the reply is not 100% clear, I am just a nerd and not very good at these things.

Permalink Reply by Alan Stanton on August 25, 2010 at 23:11
John, it may be helpful if we can all read your email and Ms Cunningham's reply.

Thank you for your email and I am sorry that our enforcement vehicles are a cause of concern to you.

I have not exempted our contractor from those regulations; but they can claim exemption under the legal order governing that restriction, if they are actually carrying out enforcement on our behalf. However, they cannot use your road as a cut-through to the vehicle pound.

I have spoken with our contractor and they have assured me that their operators only visit your street in order to carry out enforcement, and they deny using it as a cut-through. However in view of your concerns and the impact that heavy vehicles are having on your home, we will work with our contractor and put measures in place to monitor their activities in this respect, ensuring that they only visit your street when there is evidence that enforcement action is necessary.

I hope that this is helpful.

I understand from Mr Bill Birkbeck of Ontime Parking Solutions that you have
given them the power to ignore 7.5t access only restrictions whilst on
enforcement duty. Because of the location of the Haringey vehicle pound (in Mary
Nuener Rd), the fact that the vast majority of enforcement is done in the east
of the borough and that there is no right hand turn from Turnpike Lane into
Hornsey Park Rd this has meant that my street (Lausanne Rd) has become the
cut-through of choice for council flagged lorry drivers impounding resident's
vehicles. I have a road hump outside my house and every time a large truck or a
fast van goes over it the house shakes.

Who gave you permission to give this special dispensation to Ontime Parking
solutions (i.e. which elected official)?

It will also include situations where they are responding to a request to remove an illegally parked car, but the vehicle has moved before they arrive. This means that there will be occasions when they drive through your road but do not actually remove a vehicle.

I catch one of these drivers taking a short cut. He calls back to his depot, ticket raised (despite there being no car in my street with a ticket on it), problem solved. Don't think this won't happen.

I think they need to give the police the power to enforce these weight limits. At the moment Dracula is in charge of the blood bank.