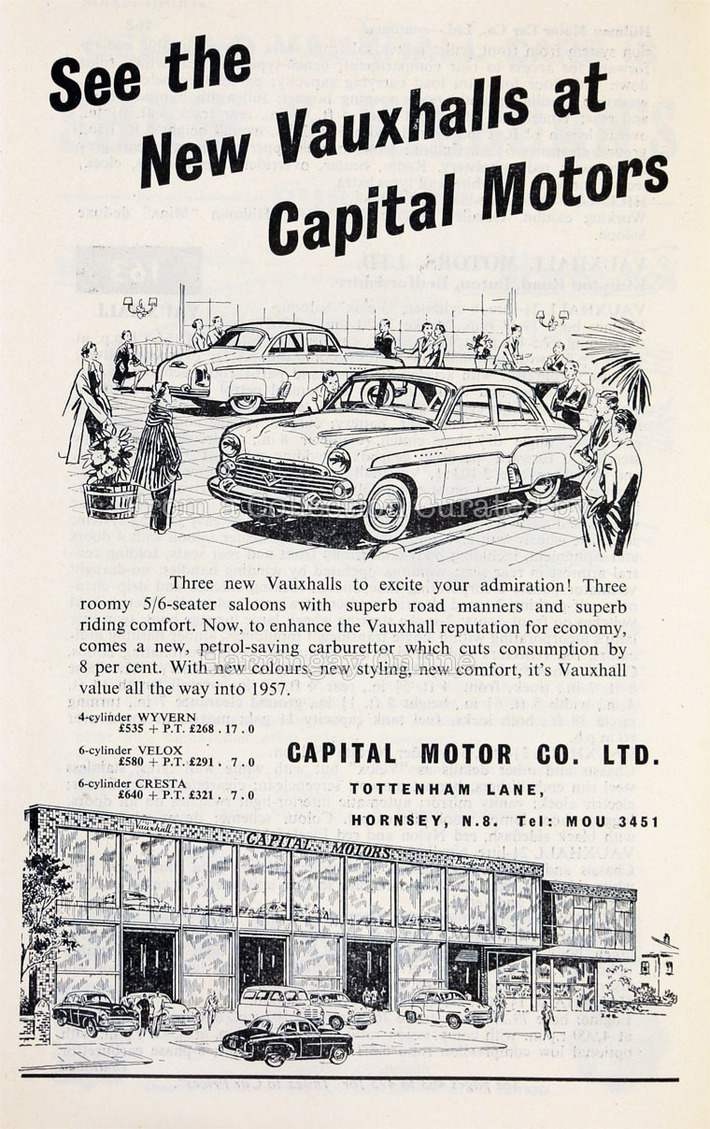 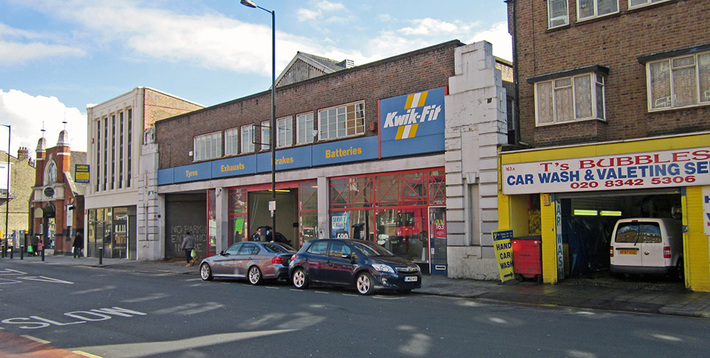 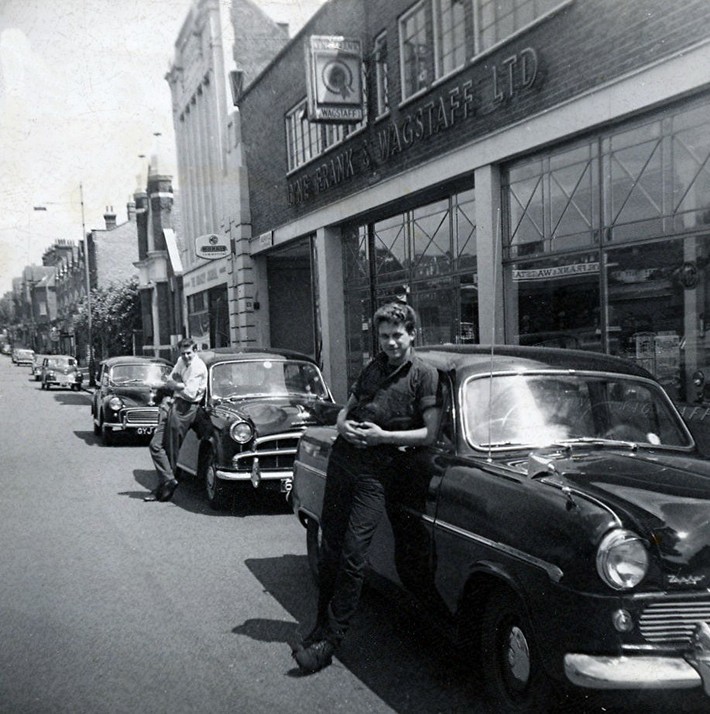 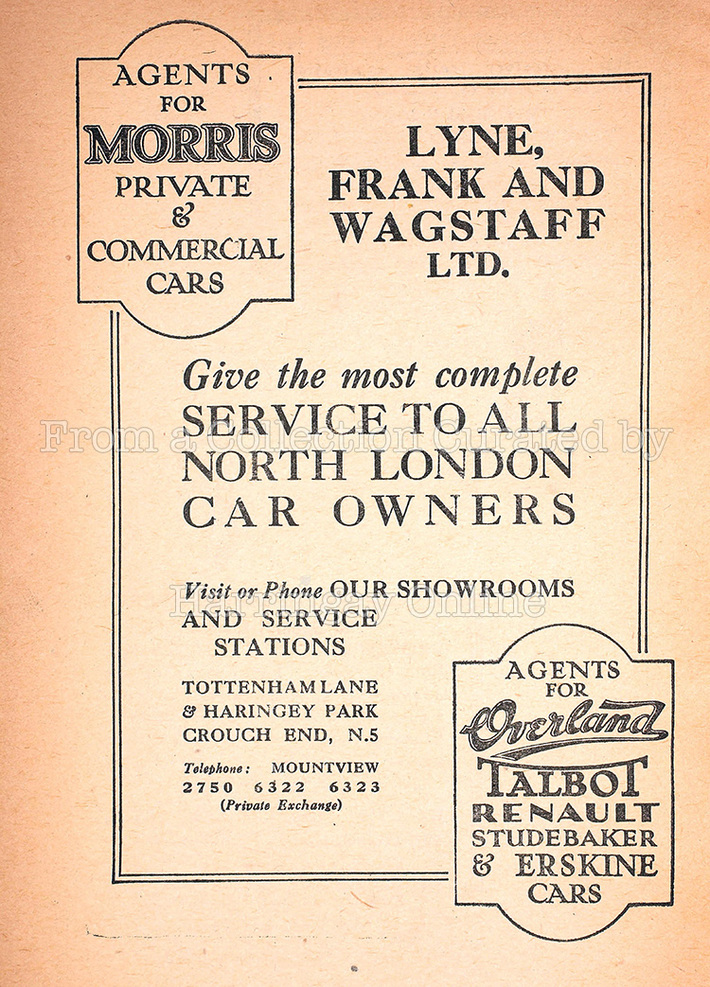 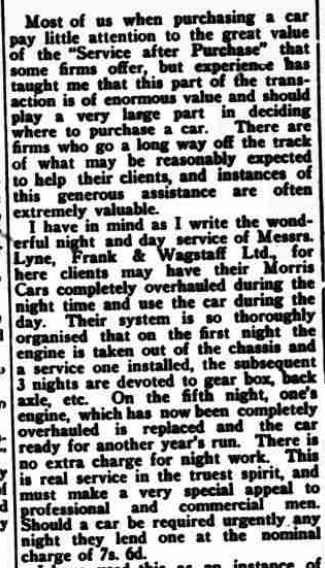 And right alongside is the dear old Hornsey Journal building (now flats). In fact we bought a Vauxhall Victor from Capital Motors in about 62/3 - right rust bucket it was! I can just about recall the Tudor building from the 50s.

I see that there used to be an additional pediment on the facade of the Journal building. It wasn't there in 2008. I wonder when it got knocked off.

I expect the Tudor Garage specialised in selling the half-timbered Morris traveller!

Capital Motors was there when I moved to Inderwick Road just opposite in '85. I don't recollect the site lying empty 'for decades'; maybe just a year or two until the flats were built.

I’m sure you’re right about the logic to the name!

My mum had a Morris Traveller for a few years. We named it Claris Spes - with good reason!

Thanks for the correction to “a few decades”. I was going to write a decade and then changed my mind to say a few years, but my execution was poor! I’m pretty sure that it stood empty for about a decade.

In the 1930's when it was built, the name Tudor was the Phone exchange for Muswell Hill, ( Mounview for Crouch End, Mulberry for Wood Green, etc.) The building is certainly mock Tudor in style, with a Tudor Archway too. Could they have moved from Muswell Hill ? The building looks rather large in scale for a start-up. Looking again at the top 1930's photo, I wonder what the large industrial building to the left is ?

The name could relate to the phone exchange, but there was also a lot of mock Tudor going on at the time. I just don't know.

I suspect the industrial building is Holy Innocents church - a factory for souls!

Definitely the church. I remember when the Capitol Motors building was knocked down, how that side of the church came fully into view for the first time since I’d moved in to the area.

Just noticed the 1956 price of a mid-size 6 cylinder Vauxhall at a shade under £900 - the BoE calculator says that would be £21, 600 or so today. The equivalent car from Vauxhall today could be the Insignia and the Grand Sport model comes in at £20,000 basic (which back in 1956 every car was!)

Interested to see the name Percy Teychenne at no 132. He could have been the father of John Teychenne who, with a Dave Kelsey, set up the  Progress Chassis Company in Ribblesdale Road in about 1952 to make chassis frames for Lotus on Tottenham Lane.

The occupation of Percy Jnr, aged 21 at the time was Engineer (Fitter & Turner) (Steam Waggons & Motors). In 1939 he was at the same address and described a a Garage Proprietor. (His father's occupation was given as Independent means).

41 Church Lane did back on to the garden of number 19 which looks like it used to have a building at the bottom of the garden amenable to small scale production. So there could be a link between the Teychenne name and Ribblesdale Road. I have found a John Vincent Teychenne (b 1927). I have him on the electoral register in 1953 at 41 Church Road , opposite Ferrestone Road. So, whilst I have no documentary proof, it seems likely that he's Percy Jnr's son. Your knowledge of Lotus history is a lot better than mine. But I think that's around a critical time in the development of Lotus, right?

Between 1955 and 57 he's at 35a Roseberry Gardens in Crouch End. I then have no trace of him, but this forum suggests that my hunch on 19 Ribblesadale is correct and that later, this was indeed his address. My understanding is that this is where he formed the Progress Chassis Company before moving on to Edmonton.

John lived with his parents at 41 Church Lane, Tottenham which backed on to 19 Ribblesdale Road which they also owned. John said: "I'm going to start building a car" and his father replied "What can I do to help?" During the war a bomb had fallen on to the stables at No 19 and John created a workshop using an Anderson Shelter alongside the remains of the stable.

So, yes, John. There's a link! The Percy in the Kelly's above was Percy Snr - John's grandfather.

(This image shows an early  Lotus in Ribblesdale Road in the 1950s).

By the way Percy Snr was the Mayor of Hornsey between 1917 and 1919. Given that his father was a mattress maker, I assume that he made some money in Australia (where Percy Jnr was born) before returning to Blighty.

Excellent material - thanks. Lotus was formed in 1948 but 1952 was indeed a critical year -

The company was formed as Lotus Engineering Ltd. by engineers Colin Chapman and Colin Dare, both graduates of University College, London, in 1952, but had earlier origins in 1948 when Chapman built his first racing car in a garage (Wiki). Nice link with a contractor!

Chapman was the son of the landlord of the Railway Hotel, Tottenham Lane and their first work was in garages behind the pub. Chapman went to Stationer's and was contemporary with my late eldest brother. I did a couple of pieces on Lotus for the HJ when I was a trainee. First about their last days at Hornsey and then in 1959 when they moved to Cheshunt. A family friend Len Terry was a designer for lotus.