A true survivor - the veteran Field Maple at Railway Fields 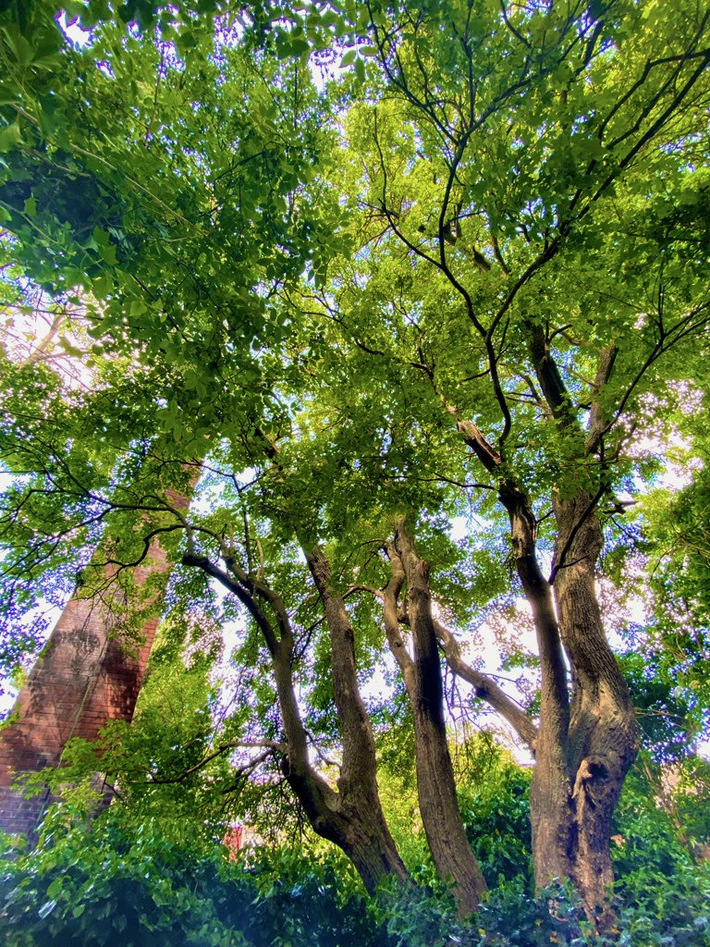 For National Tree Week, introducing a Harringay resident that has witnessed the coming of the Railway, the development of the Ladder and even survived a fire, this is the veteran Field Maple at Railway Fields which can be found by the surge tower on the Umfreville side of the site. The tree is estimated to be about 200 years old which means it predates the goods yard. It is believed to be the oldest Field Maple in the borough.

This tree really can remember when Harringay was all fields.

David Bevan, the then Conservation Officer of the Borough, takes up the tale of the fire, via email

"The story about the field maple is indeed quite true - although the exact date of the fire is lost. One night in the ? mid 1990s, a neighbour, who lived in Umfreville Road, telephoned me in the early hours to say that 'Railway Fields was on fire!'

I assumed they meant the 'log cabin' itself - so rushed down to have a look. You can imagine my relief, when I found that the fire was to an out-building of a garden adjacent to the 'stench pipe' entrance passage way. The out-building was being used as storage depot and it seems likely that the fire may have been an 'insurance scam'. Some lower branches of the outer canopy of the field maple were slightly burned and the existing fence was damaged. Some vegetation on the bank just on the RF side was also scorched - giving the young Loquat tree a new lease of life! That was thankfully the extent of the damage to RF - which was fortunate as most of the embankment here was composed largely of coal dust, and I was afraid of a major conflagration!"

Thank goodness that it survived unscathed and is still there today, available for hugs any time you're passing.

Thanks Liz. That's really interesting. I will look for the Field Maple when I am next in RF.

Thanks for sharing, Liz.