A Middle Class Victorian Life In Woodberry Down

In the course of my occasional research into the pre-twentieth century history of Woodberry Down over the past few months, I've come across a few interesting sources. One of them is an autobiography by architect Charles Herbert Reilly. Born (1874) and bred in Manor House / Woodberry Down, Reilly became a well-known early twentieth century architect hobnobbing with the likes of Lutyens.

One of his well-known projects was the Peter Jones building completed on Sloane Square in 1934. 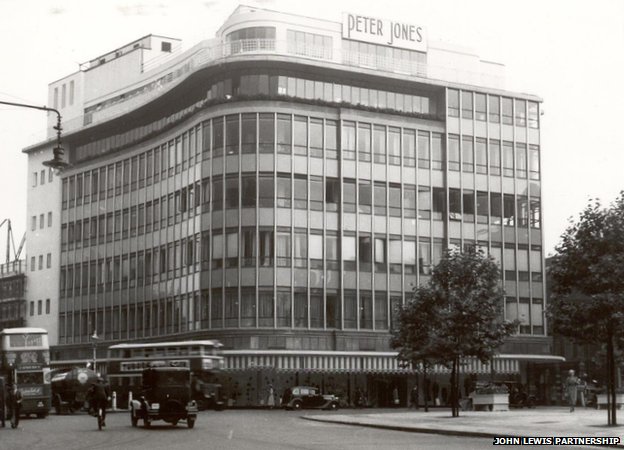 Reilly was a strong modernist and his life and work are of interest in their own right. My current focus though has been on his autobiography and the good clues it offers about life on Woodberry Down at the end of the nineteenth century. Reilly even describes his walks home from Harringay Park Station and past Northumberland House.

It's interesting to note that both his parents and those of his wife had moved out of Woodberry Down by 1900. It seems that the 'glamour' days of Woodberry Down were over as Victoria's reign ended. By the twenties the grand old houses had in the main been occupied by multiple families, many of them recently arrived on the UK.

I've taken the locally relevant snippets from his book (published in 1938) and bundled them together with some old photos of places that he mentions. You'll find that the text jumps around a bit, but if you read it with an understanding of how it's been put together, I hope you can live with it and get some satisfaction from the read.

The file isn't small, I'm afraid. It's 21MB. You can download it by clicking the thumbnail below: I've just tracked down a watercolour of Reilly's Woodberry Down house that was sold at auction in New Zealand five years ago. Getting an image of that is a long-shot, but I might have more luck getting a copy of a photo of Reilly and his family on the terrace taken in 1900, just before they moved out. This is apparently currently in the archives at the University of Liverpool.

Some bits and pieces on another of Woodberry Down's wealthy residents.

An extract from the National Archives:

The Stoke Newington War Hospital Supply Depot was formed as a result of a meeting at Lady Baddeley's* house at Woodberry Down in October 1915, as a connection of the Central Depot Surgical Branch of Queen Mary's Needlework Guild. The President of the Depot was the Mayor of Stoke Newington, while Lady Baddeley herself became the Hon Organiser. Premises at 16 Woodberry Down were loaned by the Ecclesiastical Commissioners and within the house five rooms were set up, producing bandages, needlework, slippers, surgical dressings and linen. These were then despatched to other depots, to London hospitals, to ambulance units of the British Army serving abroad and to French military hospitals.

The work of the Depot continued through the remainder of the First World War. After the Armistice remaining funds were distributed to local hospitals and the affairs of the Depot appear to have been wound up at the end of 1919.

Beyond the ciic sphere, Baddeley made his money as a manufacturing stationer. He was co-owner of Baddeley Brothers. The firm had been established in 1859 by John Baddeley at Chapel Street, Cripplegate. Following his death, the business passed to two eldest sons, John James Baddeley and William Henry Baddeley. In 1885 the firm moved to the Chapel Works, 19, Moor Lane, Fore Street, where it manufactured envelopes, engraved and embossed stationery and produced a wide range of stationery items. The firm's location remained the same until the evening of the 29th December 1940 when their premises were completely destroyed in the blitz. The firm are still in business and family owned today. From The Silver Forums. A book about the history of Baddeley Brothers was published in 2015.

The following about Lady Baddeley is taken from abitofhistory.net -

Baddeley, Florence Bertha Mathews, Lady – (1877 – 1962)
British baronetess (1922 – 1926)
Florence Mathews was the daughter of Joseph Douglass Mathews of Highbury New Park, the noted architect. When aged thirty-five she became the second wife (1912) of Sir John James Baddeley (1842 – 1926) of Lakefield, who was created a baronet by King George V (1922). Lady Baddeley served as Lady Mayoress of London (1921 – 1922) during her husband’s term in that office. Their marriage remained childless and she was the stepmother of Sir William Baddeley (1869 – 1951), the second baronet. During WW I Lady Baddeley organized nursing and ambulance units to tend to the soldiers at the front and was appointed D.G.St.J (Daughter of Grace of St John of Jerusalem) in recognition of her valuable voluntary work. Florence survived her husband for over three decades as the Dowager Lady Baddeley (1926 – 1962) and was appointed as a Justice of the Peace for Middlesex. Lady Baddeley died (April 7, 1962).

And this from elsewhere: 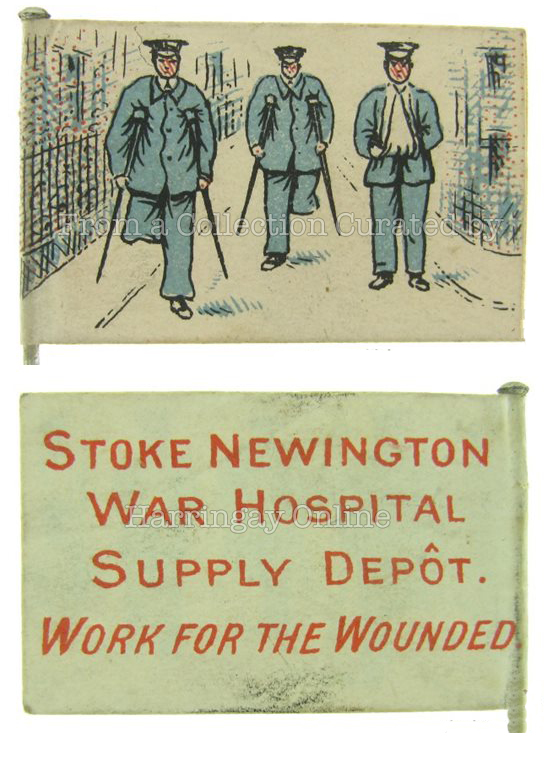 One small but interesting feature - Depot is spelt with its circumflex over the o bu not the acute on the e. This small acknowledgement that it was of French origin is typical of an early 20th century printing house. But note that an extra bit of typeset was needed to achieve it. Now we don't bother even though it is but a keystroke.  But we still pronounce it correctly - long o  and no t.