A Green Lanes survival from the 1940s or even earlier 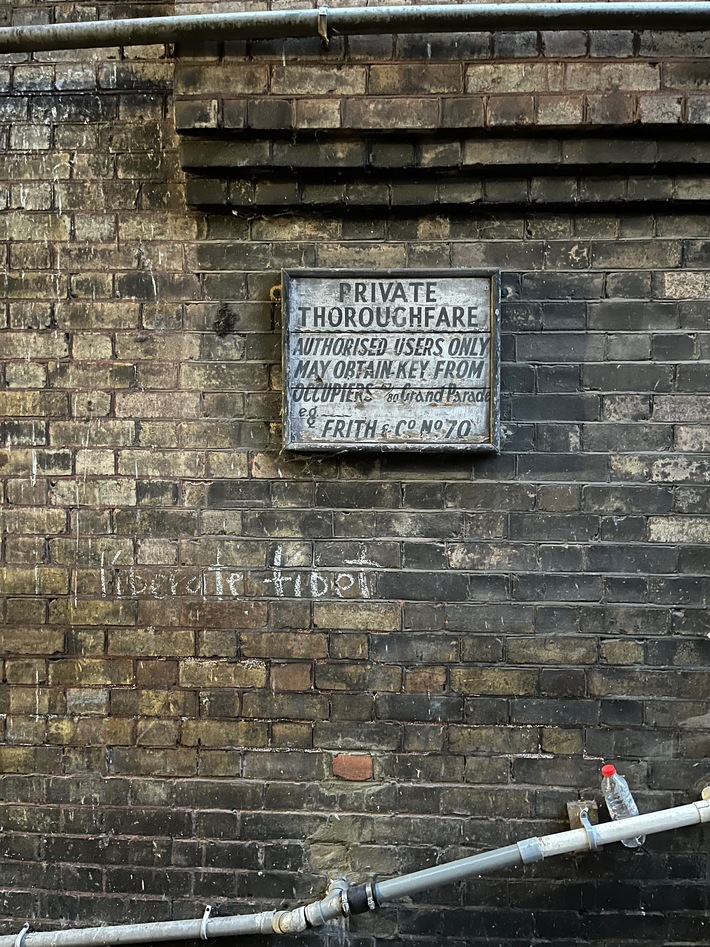 I've no idea what possessed me after so many years living in this area, but this afternoon, on pure whim, I dived into the alley next to 74 Grand Parade; you know, the one next to the double-fronted grocery with all the fruit outside, not far from the bridge.

Having seen nothing particularly interesting, I had turned around to leave when I spotted this sign on the wall.

Now, Frith is a name I know for their adverts in the Kelly's Directory from the Edwardian era, up until the second world war. They placed a full page ad which never changed.

The firm set up shop just after Grand Parade was built. To begin with they shared their premises with the National Phone Company. Below is their listing from 1902.

By 1909, they had started their full page ad, showing a lovely shop-front. Below is the ad from the 1937 directory, along with their listing. The ad was exactly the same in 1909, except in 1937, the 20 years legend read 50 years, a mention of a branch at 609 Green Lanes (where Medlocks are now based) had gone and a phone number had been added. Everything else was a carbon copy.

The 20 year claim in the 1909 ad suggests that the business was founded in 1889. I can find no trace of them in North London three years later. So, perhaps they started out elsewhere or under a different name. 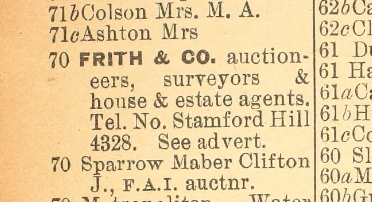 Their last directory listing was in the phone book of 1950. I assume they closed down after that.

So, I think we can safely conclude that the private thoroughfare sign still fixed to the wall was put up in the 1940s or 1930s, perhaps even earlier. Amazing that it's survived untouched.

Can you date it? 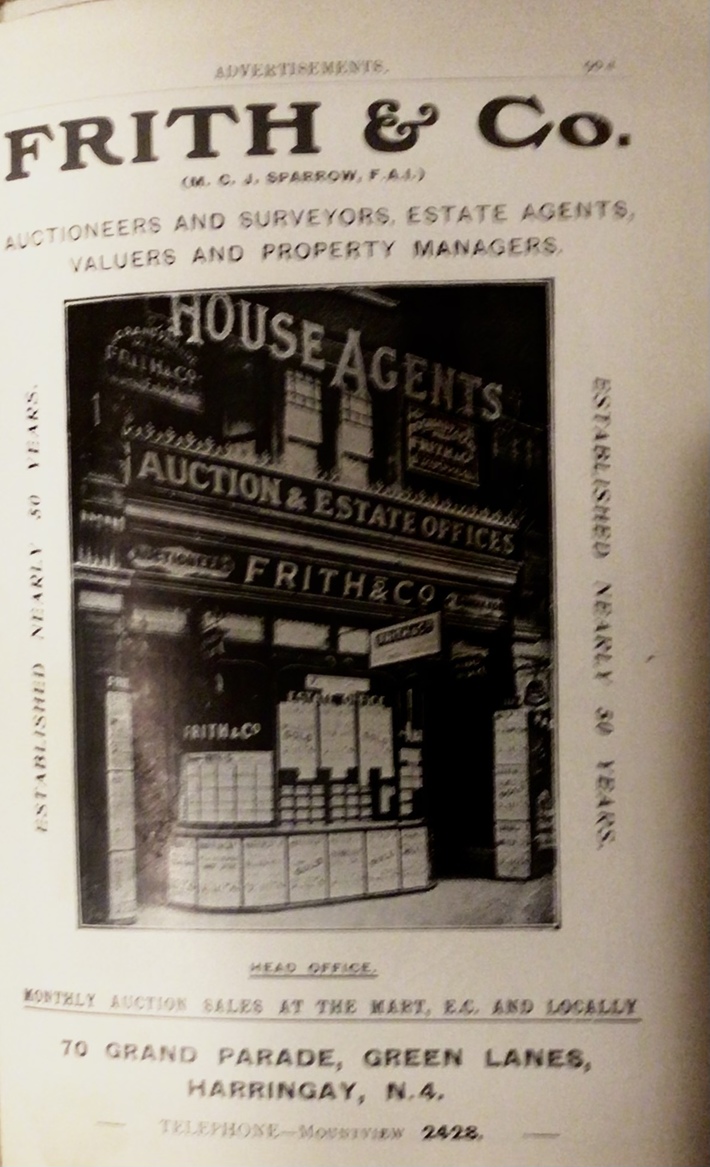 That’s interesting. I see that both exchange and phone number are different to the the 1937 example I added above and I love the 'nearly' 50 years. It's rather like a child detailing their age in half-years.

That is interesting Hugh, from reliable memory the East side of that section of Green Lanes was the border for Stamford Hill exchange and the West the border for Mountview exchange. I can only guess that the MOU number was either an out-of-area (OOA) line, or a switchable extension from a Mountview office on the other side. I do remember working on such an extension in that road many years ago, I can't remember who the customer was though,

The shared premises with the National Telephone Co would have simply been an internal payphone (call office). I'm not sure of the policy of installing COs in private properties then or who payed the rental on them, but this would have worked directly through an operator then as automation would have been in its infancy.

Thank you. I didn’t know that.

Wow. That is a great spot Hugh!

What a brilliant piece of forensic journalism, Hugh! As for dating the notice, the sans-serif lettering suggests it dates from the mid-1920s to the 1940s after the Bauhaus art movement led a reaction against the 'serif-heavy' typefaces popular in the early 20th century.

That sounds like some expertise speaking there, Andy. Thank you. That’s helpful corroboration.

I love how you can turn a redundant lump of wood into an interesting narrative, Hugh!

... and the juxtaposition with the Tibet slogan and the plastic bottle adds a certain je ne sais quoi to the picture ;-)

Can always rely on you Ken for a witty remark.  You make me laugh.  Keep it up.

Brilliant work, and fascinating urban archaeology as always; look forward to much more in 2022.