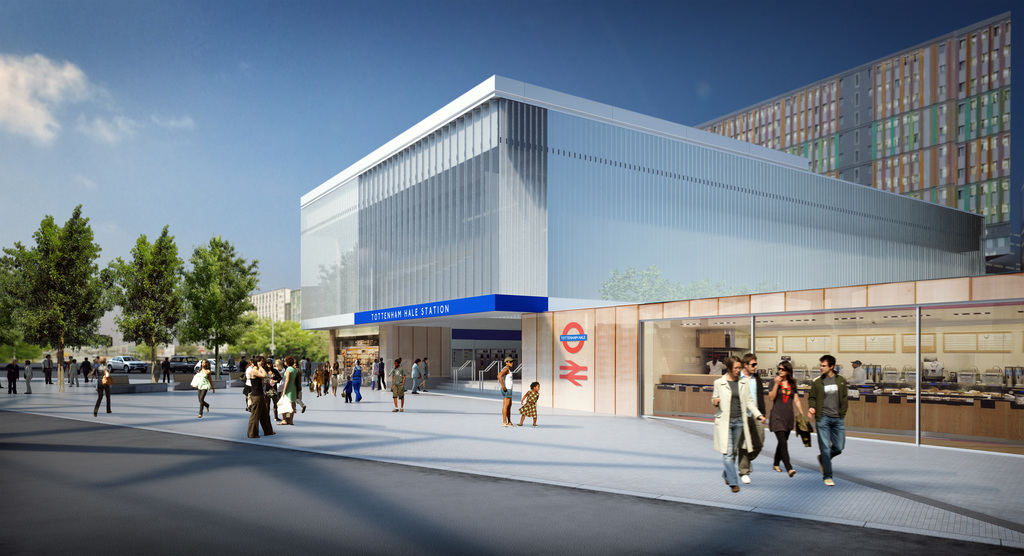 The following is a press release from Haringey Council:

Plans to make Tottenham into one of London’s best places to live and work have taken another major step forward after Haringey Council approved proposals to overhaul Tottenham Hale Station.

The station will be redeveloped to support its status as an international transport hub – with a larger concourse, improved step-free access for passengers and a new entrance via footbridge for local residents living at Hale Village among other improvements.

Under plans agreed by the council’s planning committee last night (Monday, 10 February), Transport for London will complete the new station by 2017 in a boost to the long-term regeneration of the area.

The revamped station will complete a £110million investment in transport at Tottenham Hale – with a redesigned bus station open by winter 2014 and work to remove the unpopular one-way road gyratory finishing next month, alongside further improvements to create more public space.

As well as being the first London interchange for passengers arriving from Stansted Airport, Tottenham Hale Station will boast four trains an hour to Stratford by 2017 and could see journey times to central and south London cut significantly when the regional route for Crossrail 2 is approved.

Haringey Council is committed to bringing up to 5,000 new homes to Tottenham Hale by 2025, and the award-winning £350million Hale Village scheme has already seen nearly 2,000 new high-quality homes and student apartments linked to Central Saint Martins College on the doorstep of the Lee Valley Regional Park.

I think the only people left who really have a problem with where David Lammy lives are political point scorers such as yourself.

As far as I was aware, Crossrail 2 would not go anywhere near Tottenham Hale, it's to go Ally Pally -> Turnpike Lane -> Seven Sister's -> Dalston.... They already have the Victoria Line for getting to south and central London at amazing speeds.

Nothing wrong with a bit of ambition, or quite a large chunk in this case...

Permalink Reply by JJ B on March 14, 2014 at 6:28
What a pity then that all that money is being spent and local disabled people will not be fully catered for! In this day and age this is disgraceful. See extract from Tottenham Journal below.
I was at the Dev Management meeting a few weeks ago. This point was raised by cllr Reith and dismissed by those presenting. The rep from Lea Valley estates said this issue had been flagged up with TFL/NR developers early on in the project. What a shame!!!

"But details in the small print have concerned residents and disability groups.

Proposed work to add two platforms at the station in future as part of the Stratford to Angel Road upgrade (STAR project) means TfL is holding off building a lift into the new footbridge to Hale Village.

A new Tottenham Hale tube station is welcome. The current one is inadequate for the present level use and the projected increase in passenger numbers.

However, the TFL planning application approved by Haringey Council doesn't meet commuters' demands for significant extra space at the tube gates or the accepted need for a third Victoria Line escalator. Further, the proposed bridge to Hale Village is not step-free and even the new wide station entrance has steps, with a ramp for wheelchair access to side side.

A big noise is made about the large new ticket hall, but that doesn't hide that it is the foundations for a tower block above. Haringey Council and TFL might be shy about the reality of the plans for the approved 'over-station development', but there is no secret about it. I have attached an artistic impression of it, and you can also see a different version in the 'Tottenham Open for Business' promo video produced by Haringey Council.

A TFL official told me that the engineer calculation is that a maximum nine storey building is what the structure can take. And I was told not to be alarmed at that because it isn't as high as Hale Village. Though I am concerned at the height, and don't believe that because the Hale Village buildings have spoilt the sky view that it is ok to further skyscraper over the Lea Valley.

The new station is more about TFL exploiting its locations for property incomes by building a mini shopping mall - yes, more and bigger retail units being built too - than substantially improving tube access for commuters. Good news for TFL retail revenues, but bad news for TFL commuters.

I thought they avoided putting residential property above tube stations? Baker Street is a disaster when it comes to late night engineering works because the residents above complain. Oh wait, these residents will not be as wealthy, as you were...

Permalink Reply by JJ B on March 14, 2014 at 15:51
I confirm that this was repeated at the management development forum. The roof box platform above the new station building will be built to specs that'll allow an up to 9 storey building.

And Billy, the disabled have to wait because they are not worth the investment? I find that outrageous. One person, was cllr Reith, at the MDF asked whether this new station was about mostly about increasing passenger throughput and Tottenhamites were taking second priority despite the inconvenience and the loss of a practical and well used under passage.
Do you work for TFL btw? Or is it NR. 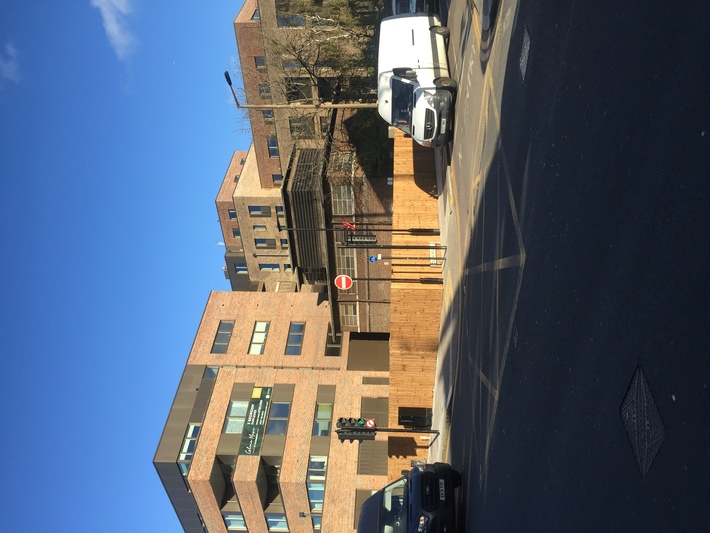 Will they spend a dime on realising either the public square proposed for planning on the Colina Road sites application, or retrofitting a station on the longest stretch of the Piccadilly line #transportforlondon ? (Between Turnpike Lane & Manor House, Green Lanes, Harringay.) We now have the critical mass to warrant it #mayorforlondon

The two way system has improved things at Tottenham Hale, and pleased to see the station complete. A return to accessibility from tube to rail, & looks like they designed in some extra storage too 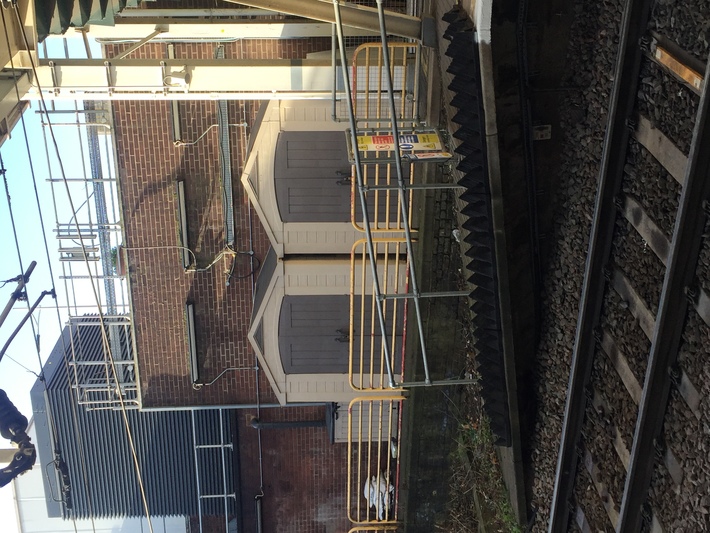 This is across the rd from my office window, Tottenham Hale development is small in comparison.  Bridges were built across the central line to access the land to create the White City living development.   Not saying I'm in favour of either, just a comparison

better photos in this link https://www.buildington.co.uk/buildings/3676/england/london-w12/woo...