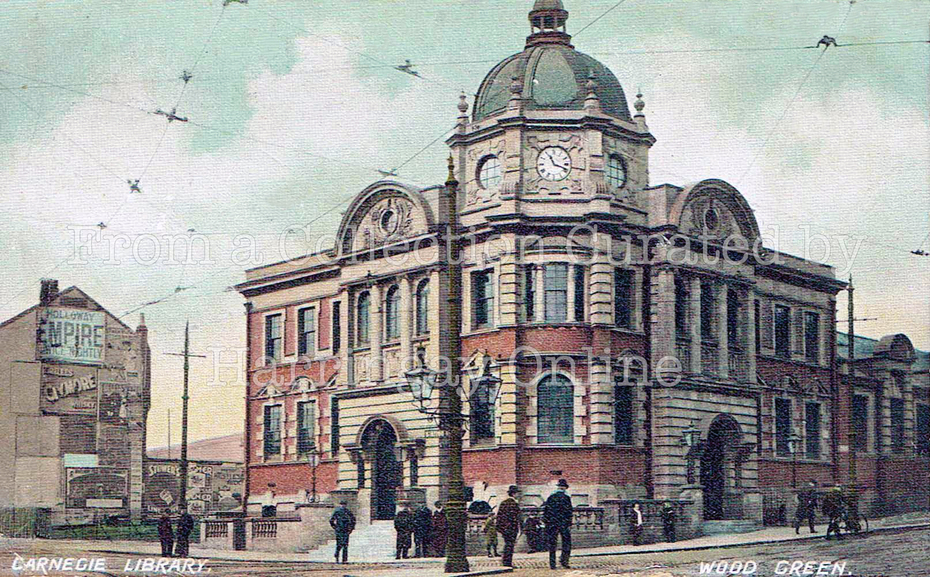 Yet another image of the old library which was first opened on 28th September 1907. It was built at a cost of £10,000 of which Scottish businessman and philanthropist Andrew Carnegie donated £8,000. The architect was Charles J Gunyon.

Prior to this library being set-up a public library was opened at the town hall in 1892 and a reading room at 86 High Road in 1895.

In February 1917, Army authorities took possession of the library for use as a central recruiting office for Tottenham. Wood Green, Southgate, Hornsey, and Finchley. They also used it for 'National Service purposes' (whatever that might have meant!).

The library was demolished in 1973 as part of the last Wood Green Town Centre redevelopment. It made way for River Park House, originally called Sunley House. 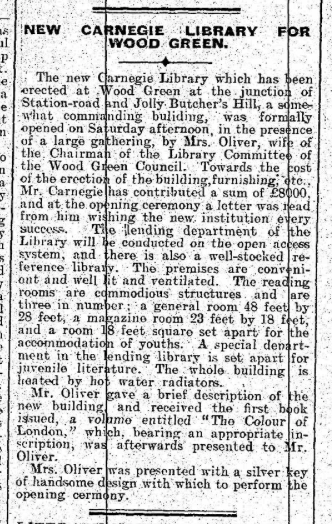 What a beautiful building! Especially compared to the current one.

It's hard to believe now, but Wood Green did have some handsome old buildings.

This is really sad. We need a Andrew Carnegie for 2018!

Today's Carnegie is Bill Gates? But all these Wood Green pictures fill me with sadness for what has been lost. It was a handsome place in its day.

What a lovely building it was.

Used it a lot in the early 70's before they demolished it.