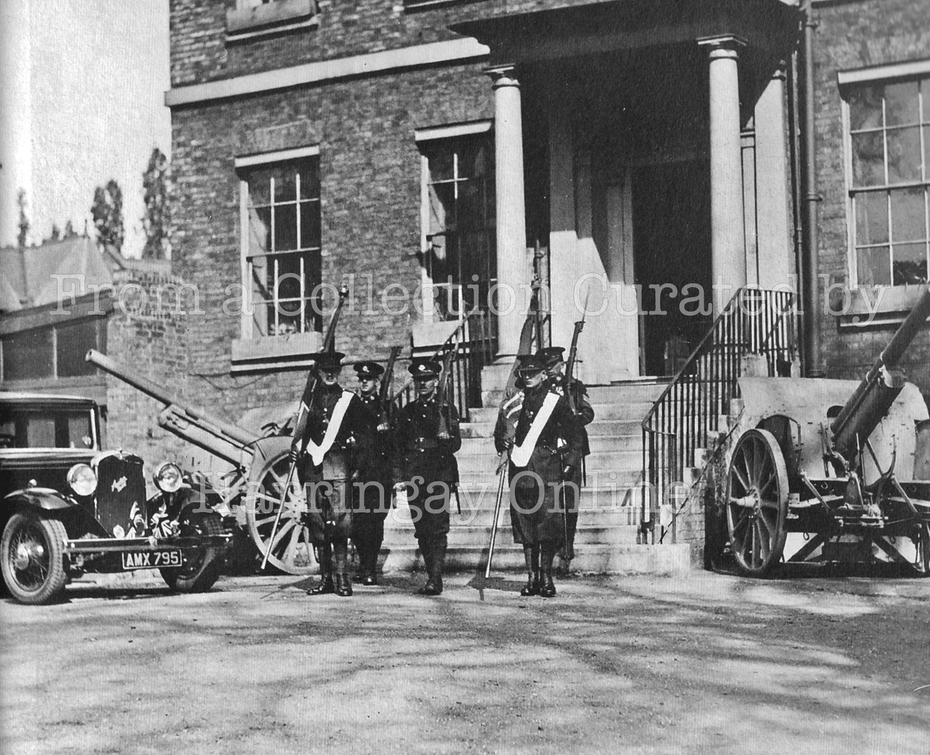 Before 1888, the Territorial Force in Hornsey used a small drill-hall at Crouch End. From 1888 they moved to the National hall on Hornsey High Street. This building was in use until in 1896 when The Elms, an old house on the site of the current drill hall, was bought. opening for service by the army in December 1897.

By 1903, the old house had been extended to form the first a drill-hall. The address was still given as The Elms until the property was rebuilt. From looking at the building outline on the 1893 Ordnance Survey map, the top photic shows three-quarters of the ground floor frontage of The Elms.

The battalion stationed there was mobilised at the drill hall in August 1914 before being deployed to the Western Front.

The drill hall was completely rebuilt in 1936. That building still stands today.

I’m assuming that the second photo, below dates from c1905. 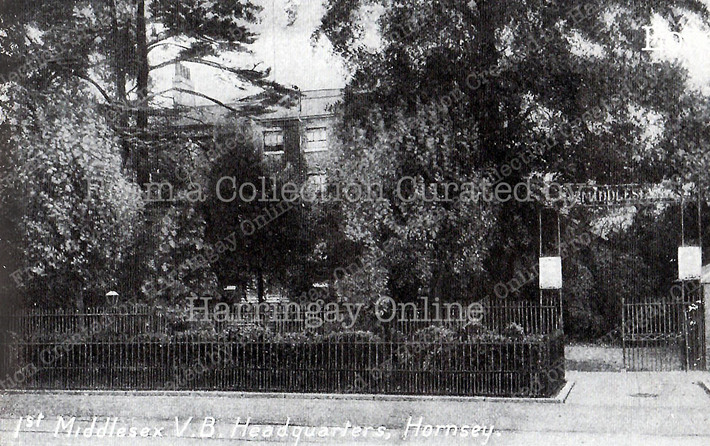 The next rather blurry photo shows The Elms in 1920. 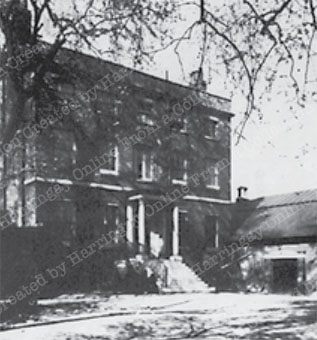 The Final picture shows the new drill hall. This was perhaps taken in 1947. 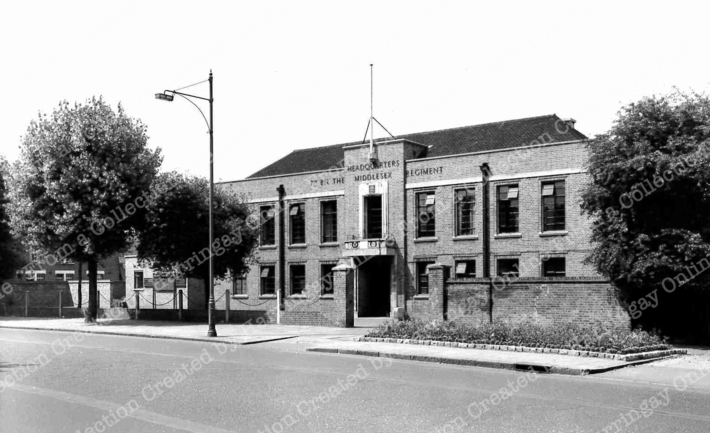