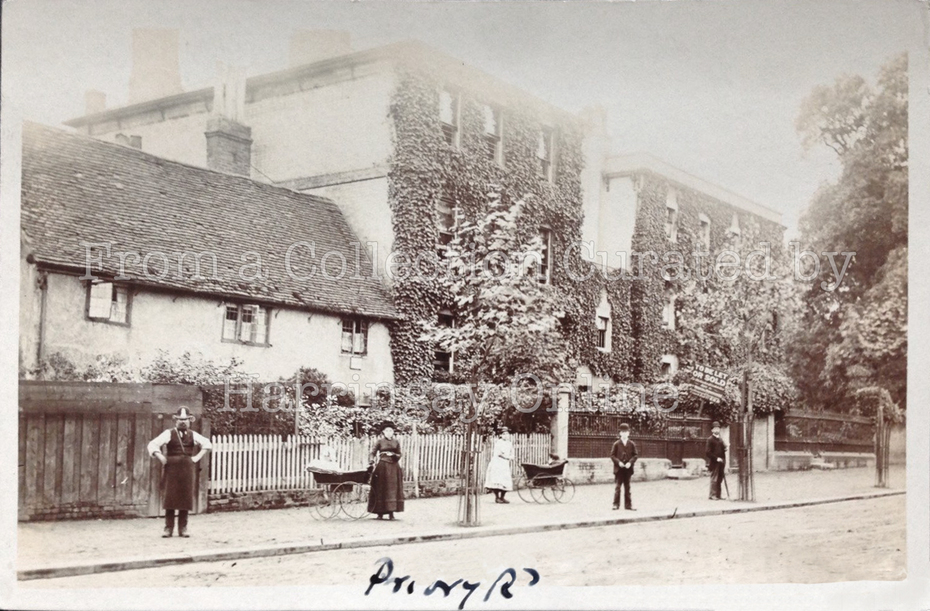 This photo was taken just by where the entrance to Priory Park is, near the junction with Middle Lane. The closest of the three storey houses, which can be seen in this Streetview image, is the only surviving building from the picture.

The two storey building to the left of that building in the picture above was Lindsay Cottages. This building was demolished in the 1890s when the Pleasure Grounds were created. Ii was replaced with a public convenience. In the late 20th century, the building was converted to a single storey house. Subsequent work in the next decade added a first floor. The owner has named it 'Priory Cottage'. Given its history I hope he gets the joke!

The building next to Lindsay Cottages was The Ferns, and after that, Ashford House/ The :latter was demolished n the early 1900s and replaced by Oak and Ashford Avenues.

The Ferns is standing today and the outline of Lindsay Cottages and still be seen on its eastern wall.

The 1881 census shows the occupants of Lindsey Cottages and Ashford at that time. I assume that The Ferns was unoccupied or the residents were away from home.

In 1871, Childs was already the resident of 1 Lindsay and gardener William Coucher of number 2 Surrey Estate agent Francis Fuller was at The Ferns with his family and solicitor, John Farr and his family were in Ashford

There was little change from 1861 Census expect that R Mould, chief clerk of Clerkenwell police court was at The Ferns with his family.

Opposite was The Elms and its fascinating set of inhabitants.

There is another photo of The Ferns, here.

A photo of the "cottage" that I took some years ago, when it was still single storey 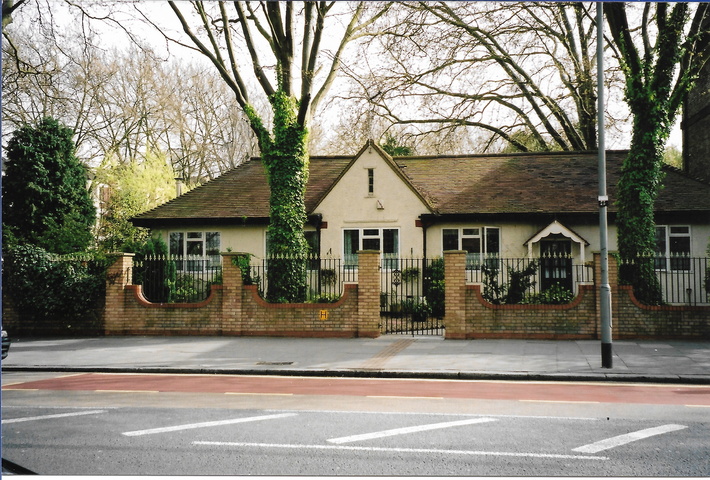 A rather fuzzy image from the internet indicating the "cottage" in its noble (or somewhat ignoble at times!) role as a public convenience 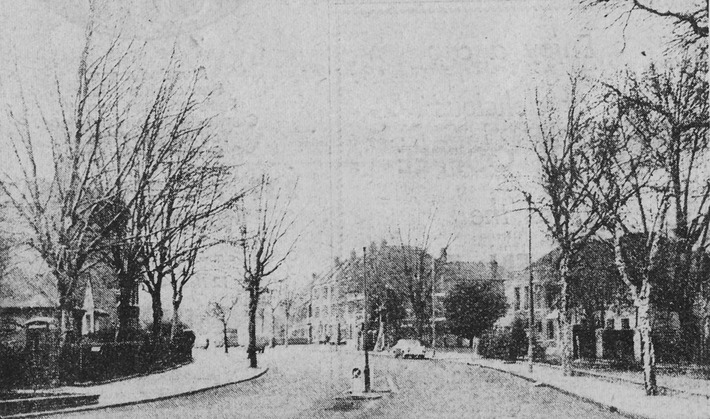