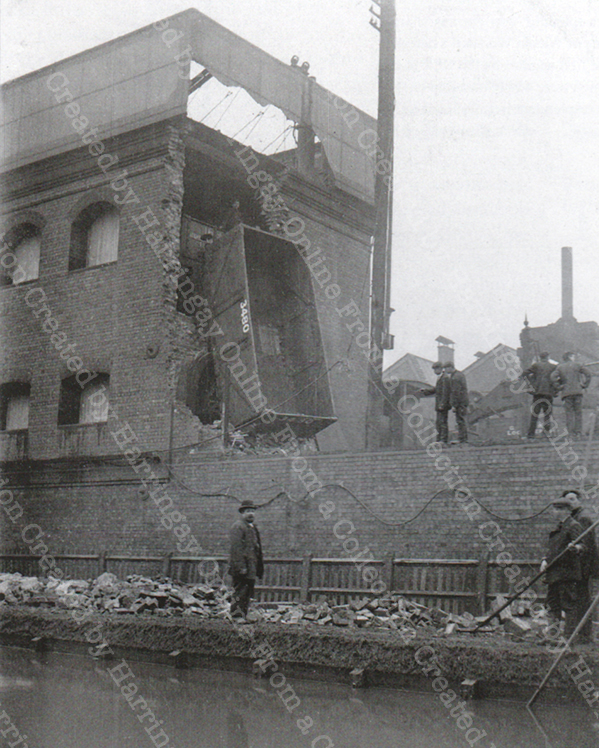 Reproduced from a commercial postcard, entitled, Curious Mishap at Hornsey GNR, this image shows the demolished end wall of the coaling stage* and a damaged water tank above, along the wall next to the New River, on 14th June 1907.

The building stood to the east of the engine shed, that still stands today, and was next to the wall that ran along the river. The workmen in the foreground are clearing away bricks from what today is the New River Path. The building was about half the length of the engine shed, running from its southern end, up as far as to about where Station Mansions are. It was demolished in the 1970s when the site was extensively remodelled. But, the eastern ground floor wall of the building survives along the top of the old brick wall. In this Google Street View image, the cut-outs for the old windows are readily discernible.

(*Apparently, a coaling stage was a type of coal hopper that had railway tracks on the second floor of the building and was used to load coal from the trucks to the steam locomotives on the ground).

The picture below from 1958, shows the southern end of the coaling stage, looking north east. You can just see the southern and of the square lead water tower on the far left of the picture. 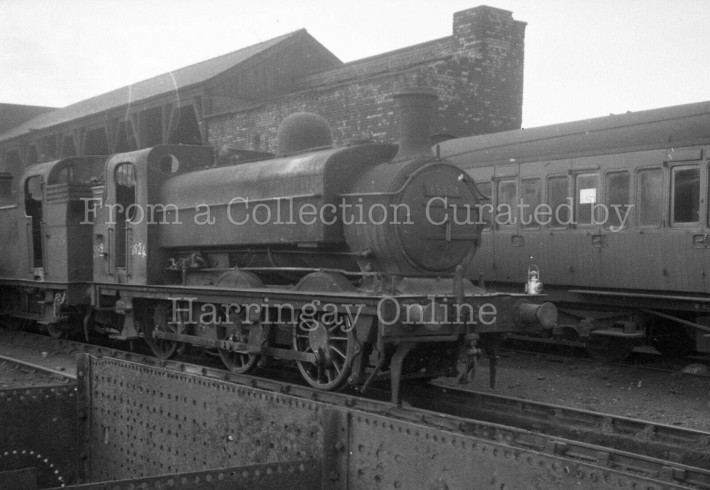 New photo added above showing the building from the other side.

I can now. Somebody fixed something. The residents in Station Mansions must have suffered terribly from the noise and the coal dust :(