Birkbeck Road is the last of the roads running south off Hornsey High Street before Middle Lane.

It was built on the site of Grove House. A loop of the New River used to cross the Grove House land where the road is now, before flowing on to run through the tea gardens of the Three Compasses.

The sale advertisement below from 1816 gives us some idea of what the estate was like when the house was still occupied. 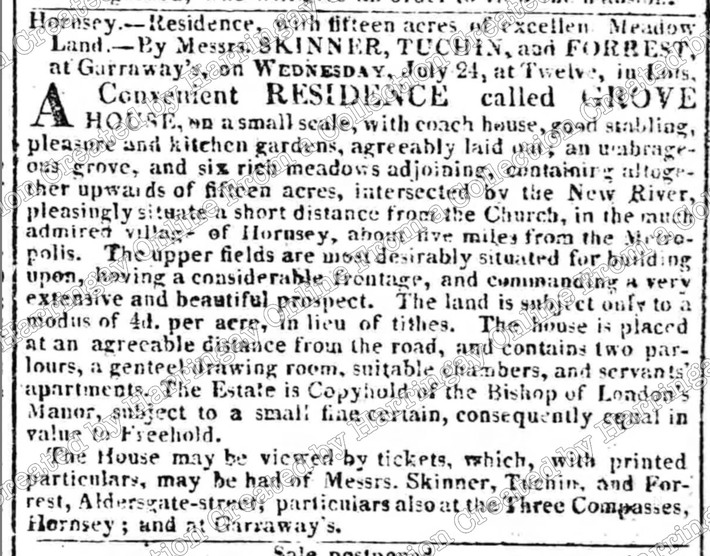 For the last twenty-five years or so that it was occupied as house, up to 1865, the occupant was retired wine merchant Henry Woods. He lived there with his wife and five children. He also employed three house maids, a cook and a gardener.

The house and its land was acquired by the Birkbeck Freehold Land Company and Birkbeck Road in 1865. Three years later, the house itself became Alexandra Park College, a boarding and day-school specialising in science and modern languages. The school survived until the early 1890s. 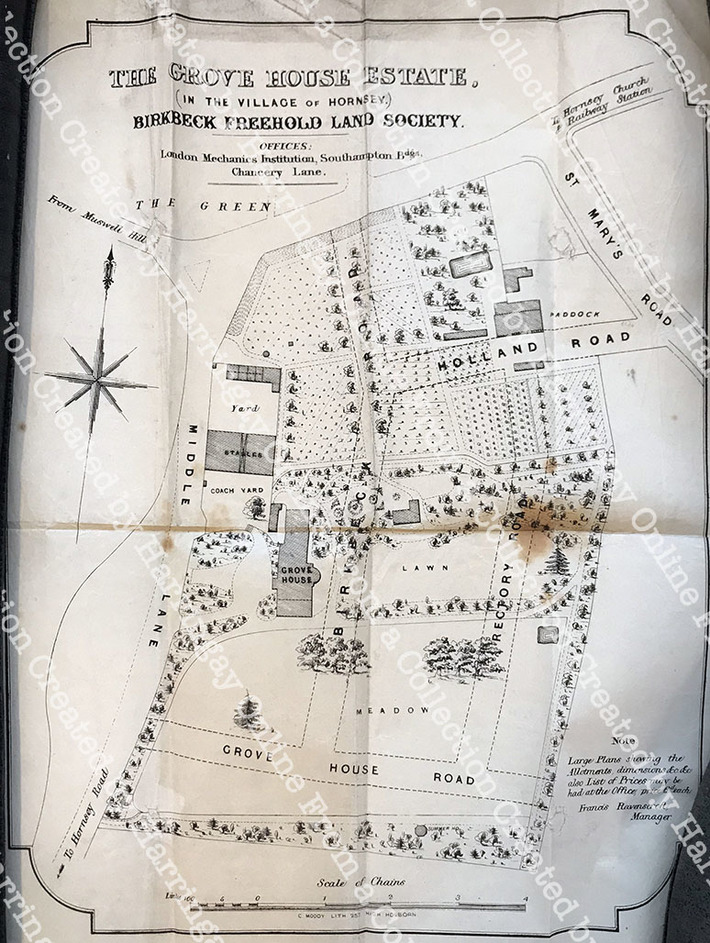 Occupations of those residing in the houses above in 1891 included,

A short history of the Birkbeck land company, produced by Birkbeck College, is attached below.

I was intrigued by that advert for Alexandra Park College in Middle Lane, because on ebay is an old postcard of such an establishment but it's on too much of a gradient, methinks, to be in Middle Lane. Presuming a link, maybe the postcard image is of a previous or subsequent site? I did go GoogleEarthing around Alexandra Park Road and adjacent Muswell Hill roads. Various sloping possibilities but no property match spotted. Someone sent me that, Ken. I did much the same as you and found nothing. I’d originally wondered if it was the southern end of Hillfield Avenue, but in terms of architectural style, it's a good match for some of the roads directly to the north of Alexandra Park. (From the roof ridge, it looks like the far side of the house was flat at the time of the photo: I assume awaiting its neighbouring semi to be built).

It could have been the college’s new home after they left Grove House, but the building looks Edwardian to me. So the dates don’t quite tally. Also, I wonder if it’s a bit small. It would have been quite a reduction compared to the Middle Lane premises.

The college seems to have been quite a serious concern. It produced at least one science Nobel prize winner Sir Frederick Gowland Hopkins - awarded the Nobel Prize in Physiology or Medicine in 1929, with Christiaan Eijkman for the discovery of vitamins. He was President of the Royal Society from 1930 until 1935. His Certificate from the college is below. 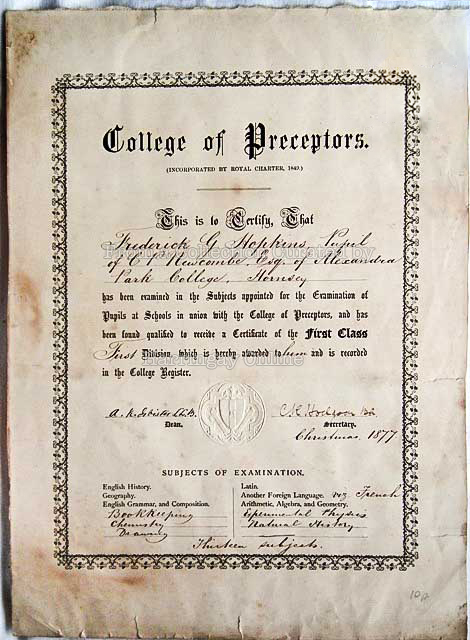 Presume you meant Hillfield Ave, Hugh. Having virtually explored Hillside Avenue, the other side of Muswell Hill, I'm virtually exhausted ;-)    Looking at the present day view, it doesn't seem to stretch the imagineering too much to think that the arrowed property might have originally been the school. However, as you say, the architectural timeline doesn't seem to tally. 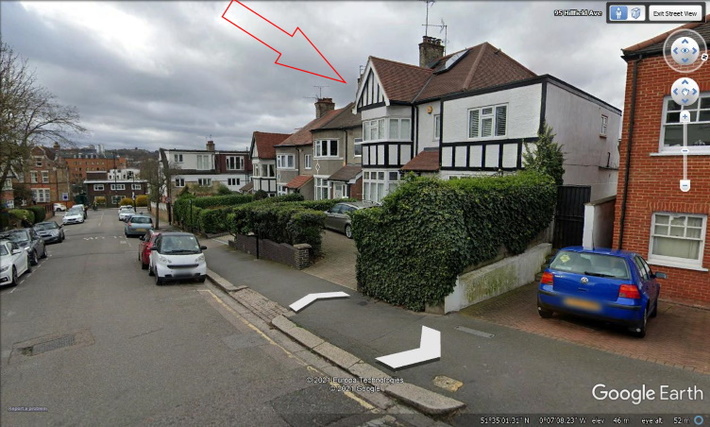 P.S. Maybe the image was of a "prep" dept rather than main school. Just musing.