For locals who want to keep up to date with steam trains passing through Harringay.

Harringay's history as a suburb was shaped by steam trains from the get-go. In recent years steam train pleasure trips have started passing through both Harringay & Harringay Green Lanes stations regularly.

A member recently asked to be kept up to date with when steam trains will be passing through. This group has been set up for that purpose.

Join up and as long as you have your settings adjusted, whenever anyone posts a new thread about a train passing through you'll get an update.

We won't be posting the times ourselves; that'll be up to the eagle-eyed and enthusiastic amongst us.

Previous threads on this theme in the main forum can be accessed here.

The picture for this group is a stylised version of one taken by Gardens resident, Chris Laver, of a steam train making a scheduled run on the Barking to Gospel Oak Line. 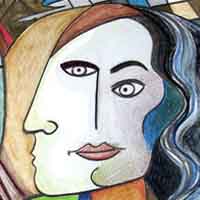 The final steam excursion of the year is on Friday 9 Dec at Harringay GREEN LANES about 0850. The steam locomotive will start at Shoeburyness (true as of Wednesday morning) rather than, as in some…Back to Harringay Online

After a six month drought (of steam locomotives, too), consecutive days' service at Harringay.Another chance to see 'Sir Nigel Gresley' on Friday 2 December at about 0905, an hour earlier than…Back to Harringay Online

And it's a return to Harringay station after an eight year break for 'Sir Nigel Gresley' an A4 streamlined engine. For most of that time it has been going through an extensive overhaul, and it…Back to Harringay Online

The Windsor Flyer from Norwich to.....   Another outing for 'Duchess of Sutherland'. It will call at Finsbury Park Platform 1 to decant passengers for Central London sightseeing, so photographic and…Back to Harringay Online