The tale of a local dairyman and cowkeeper Nicholas Walker dairy cart, c1900. Given that a photo was being taken was probably a special event,  I'm assuming that this is Walker himself, perhaps with his son, Menoah, or perhpas a milk carrier boy - see newspaper article below. (Can anyone identify the road?)

Hornsey dairyman and cowkeeper Nicholas Walker was born in Necton, Norfolk in 1860. The youngest of six children, his father was the village glover. in the mid 1870s he moved to Finsbury Park where his older brother Menoah was running a dairy at 88 Mountgrove Road, on the corner of Finsbury Park Road.

He seems to have quickly taken on sharing the responsibility for running the dairy. By 1882, he is referred to in a newspaper article about a theft from the business. (A 12-year old working and then birched. Oh dear! Was it just tough times or was Mr Walker a harsh boss.) 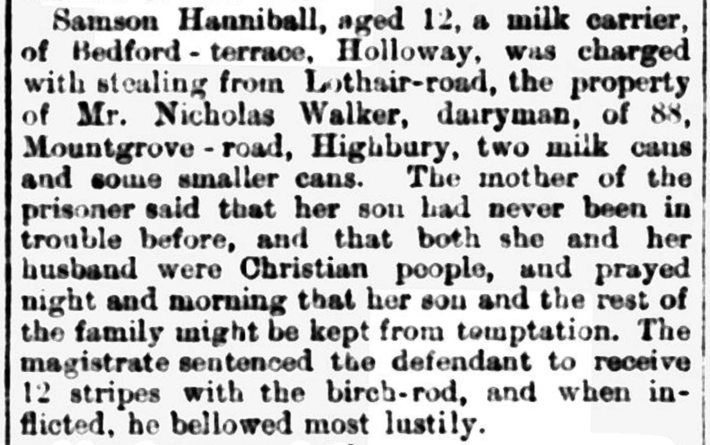 In the same year, he married carpenter's daughter Caroline Alexander, and shortly after set up a business on his own account at 5 Ferme Park Road. 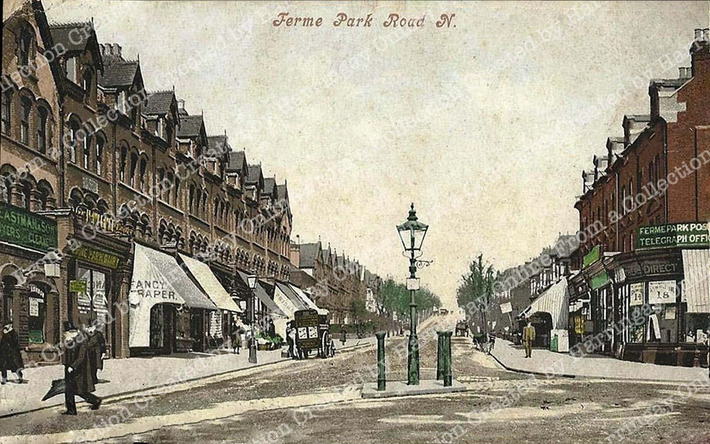 Nicholas Walker's Ferme Park Dairy is the second premises from the left. His name is prominently displayed above the shop sign. The photo dates from circa 1905.

The 1893 Ordnance Survey map suggests that the premises had outbuildings to the rear. At this time it was not uncommon for city dairymen to keep a cow or two behind the shop. Given what the map shows and the fact that his cart proclaimed him as Cowkeeper, we might assume that he indeed kept cows behind the shop. 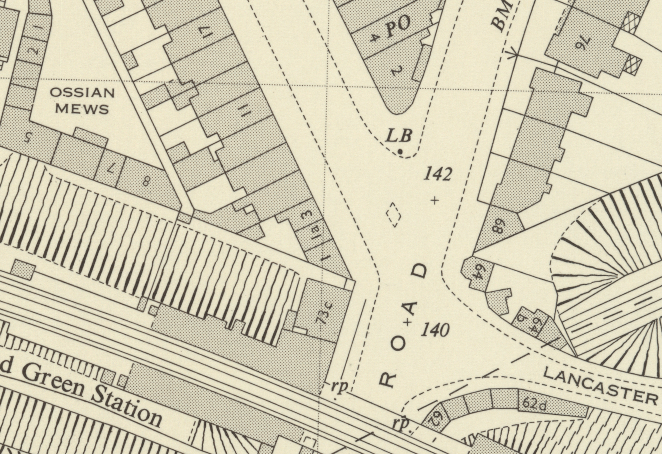 Extract from Ordnance Survey Map (In this instance I have used the 1953 map since, unliked the earlier map,  it shows house numbers nothing in this snapshot had changed since the 1893 map).

By the time of the 1891 Census, Nicholas and Caroline were still living over the shop along with four young children and Caroline's sister-in-law (described as a servant). Business directories at the time show that he had also taken on a second premises, at 81 Hazelville Road, off Hornsey Rise.

Ten years later, the family had taken on a third dairy, just to the west of Harringay Station at 38 Quernmore Road. 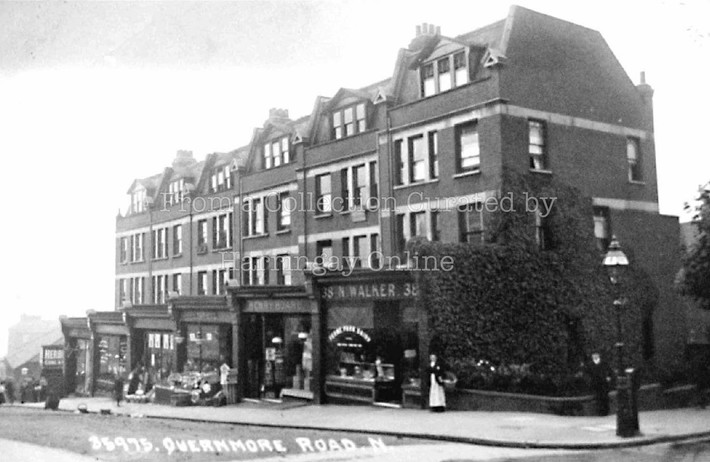 Nicholas remained at Quernmore Road running the dairy until his death in 1935. In his will he left a sum worth about £650,000 at today's values. So the glover's boy done allright!

After Walker died, the business was sold to United Dairies which ran it until the early 1970s. Thanks to John Leeming for this photo. Apparently the alternative background was added one rainy Sunday afternoon and the original has since been lost!

Before the arrival of plastic foam and suchlike the usual packing material was straw. My father in Green Lanes would save his packing straw for dairy cows kept locally under railway arches. Who collected the straw and whether anything was offered as an incentive, I do not not know. Perhaps he got his milk at a discount. It seems trivial exercise, but a lot of packing straw would arrive in the businesses in Green Lanes in the course of week.