The scum uppermost when the Middlesex porridge-pot boils over!

Way back in 1802, the inhabitants of Hornsey and Tottenham were part of the UK parliamentary constituency of Middlesex.

In the election of that year, the radical Sir Francis Burdett was returned as the MP.

If modern politicians think they have a hard time at the hands of the people, they, at least, don't find themselves satirised as supported by the Devil,

"But young Burdett I like, and we'll form a connection

To abolish jail, gibbet and House of Correction " 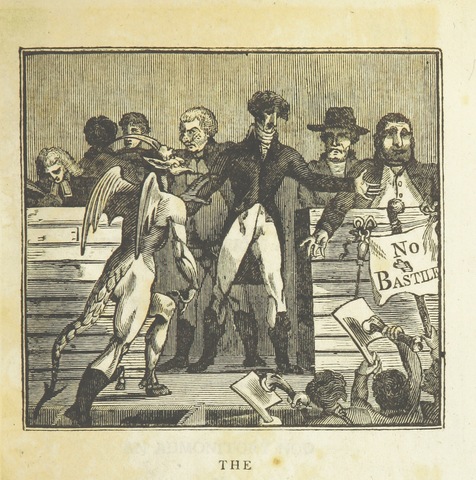 His Satanic Majesty finds the hustings to be too "hot"  and so the Devil decides he's happier back down below where it is 'cooler' and the company is better. 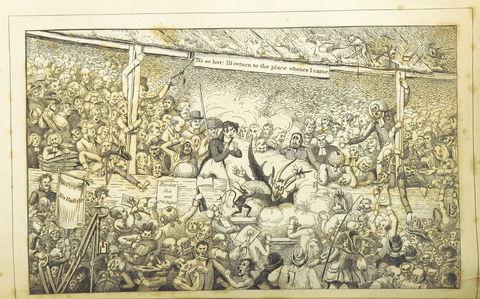 "And tell my grim Quorum

With how much decorum

Your tag-rags of Middlesex drive all before 'em" 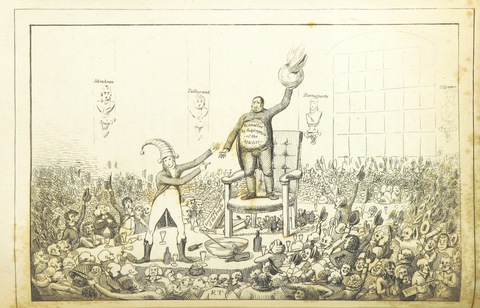 The satire is reviewed with indulgence by the publications of the time.

This from the Monthly Review:

In these two years of coming elections, on whose butt will "Ridicule exhaust his quiver" in the modern age?

They don't make political campaigns like they used to, eh?

Images from the British Library The scum uppermost when the Middlesex porridge-pot boils over! - Click on images to view large

In 1802 young Percy Shelley would have only been a 10-year old stripling but I'm sure his satirical vein and radical inclinations were sufficiently developed to rise to a radical rebuttal of the Porridge Pot.

I know! Poor Burdett, who seems like a decent enough chap, appears to have been on the receiving end of a bit of spinning from a 19thC relative of Lynton Crosby. I don't think Ed Miliband has yet to be accused of inviting the devil to his campaign meetings by the opposition. There's still time, I guess.

The title is from Dryden by the way, according to the British Museum:

Away, ye scum,
That still rise upmost when the nation boils;

That would be most unlikely Liz, since many HOLers are convinced that Cameron is Asmodeus himself