This is a postcard I would have liked to buy but someone beat me to it on ebay. 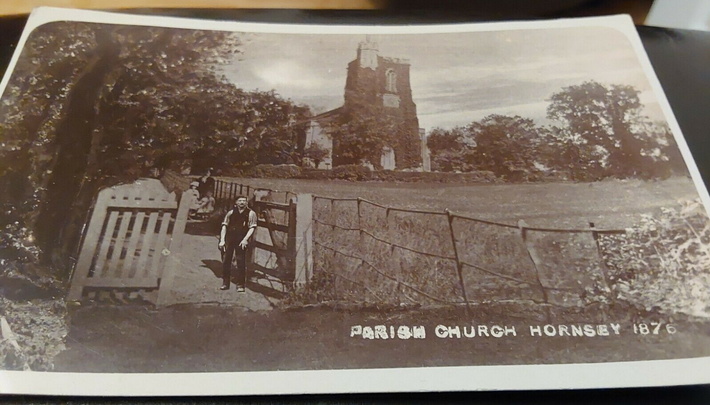 The odd thing about it is the gent in the foreground , because enhancing the overall image resulted in him looking a bit out of place photographically. Not only is his image a different tone to the rest of the photo but he seems rather diminutive compared with the height of the gates and fence. Also, am I imagining it but doesn’t the man look slightly more modern in dress than the 1870s? It was not unknown for early photographers to do a bit of photo editing, in the literal pre-computer sense, and in this instance he probably felt that the scene needed a person in the foreground. The lady in middle distance indicates the fence being about her shoulder height. The following card of further along the path shows it around elbow height to the men loitering there. 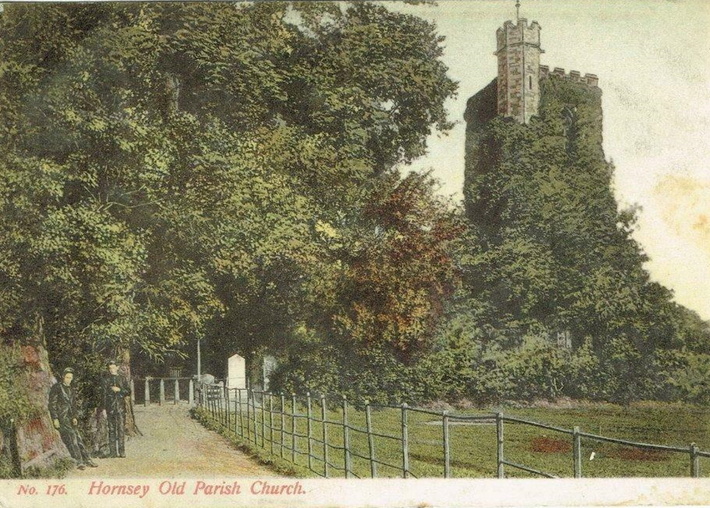 As to the viewpoint of the main image, this appears to be from a westerly direction, perhaps alongside what became the High Street, or maybe a footpath from about where Hillfield Avenue now runs: The final quirks about this card are that it is a Braddock (see Hugh’s previous feature on this photographer) but 1876 is earlier than he was so far known to have been active in Hornsey; it is a “divided back” (address and writing together on back of card) which started to be allowed in UK from 1902; and it was posted in Sussex 1945 to a Crouch End address. 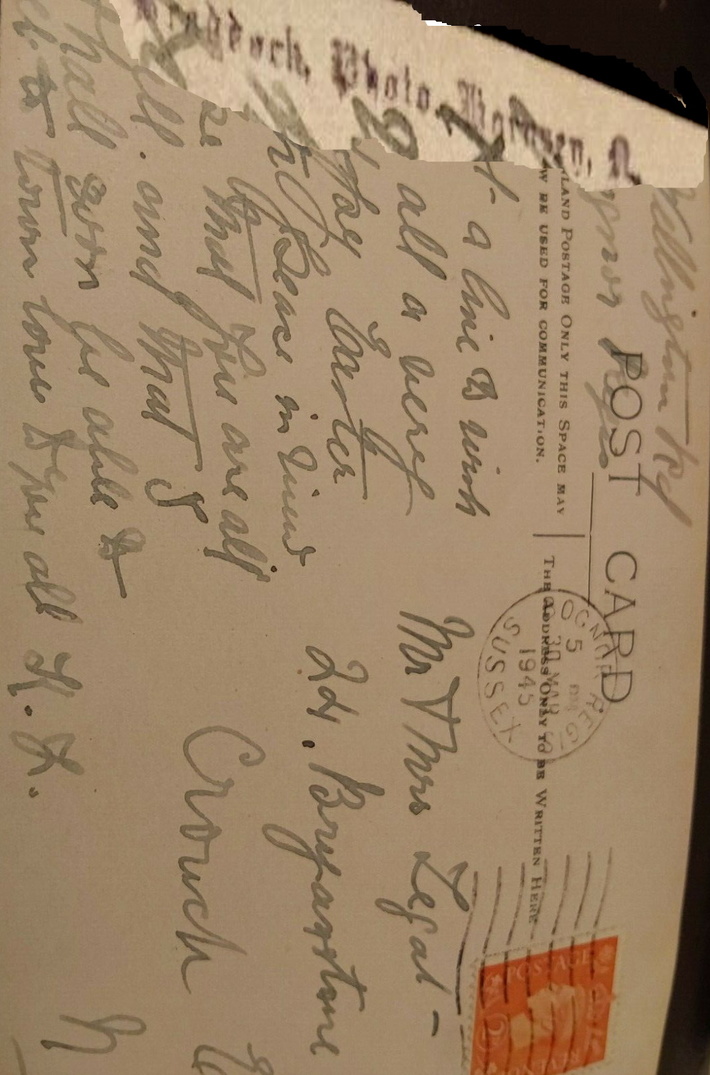 No Hugh, I'm not saying that.   The old lady appears on your original photo.  Cut out gentleman has been added to that photo.

A little more on this photo. Today I was at the Hornsey Historical Society about something completely different and whist I was there, I happened to notice an original copy of this postcard. It's part of a collection gifted by a chap named Edwin Monk, who died a few days short of his 99th birthday, after spending most of his life in Hornsey.

Monk was born in 1879 at 21 Devonshire Street (now Devonia Street) Islington. His father was a heraldic engraver, (an engraver of ornate lettering and heraldic devices). The Hornsey Historical Society information says he moved to Stroud Green aged 6. I have tracked him down to 35 Osian Road between 1887 and 1889. Then, shortly after his 10th birthday, the family moved to 154 Wightman Road (in old money 2 Stanley Villas, Wightman Road), just north of the junction with Seymour Road.

After he married in 1908, he moved out of his parent's Wightman Road home and rented a house at 50 Cranley Gardens Muswell Hill, where he stayed almost until the end of his life. By 1911, he was working as a clerk to an electrical supply company. By 1939, at the age of 60, he'd worked his way up to become the chief cashier.

Monk had a keen interest in Hornsey's history. In the early 1970s, as a nonagenarian, he wrote his memories of a Hornsey then long-gone In 1976, they were published as the Hornsey Historical Society's first book. He'd also collected postcards through his life, many of them Braddock's work, which he donated to the newly formed HHS. He added typed labels to the back of each card. Apparently he had a very sharp memory, but nonetheless we must allow for the possibility of human error.

Beneath it, the typed label includes a reference to the photo showing the church in 1876. But I assume he simply took that from the date on the front of the card.

So, whilst this confirms that the card is probably a Braddock, it doesn't throw much light on the date. My opinion remains as above. I've still no idea where my unadulterated version comes from, It's not the one at the HHS.

Cor, Braddock is the gift that keeps on giving! - and no doubt more little fascinating facts will emerge as time goes by.

Perhaps 50 Cranley Gardens is is at the far end of the houses in this pic, on the curve. 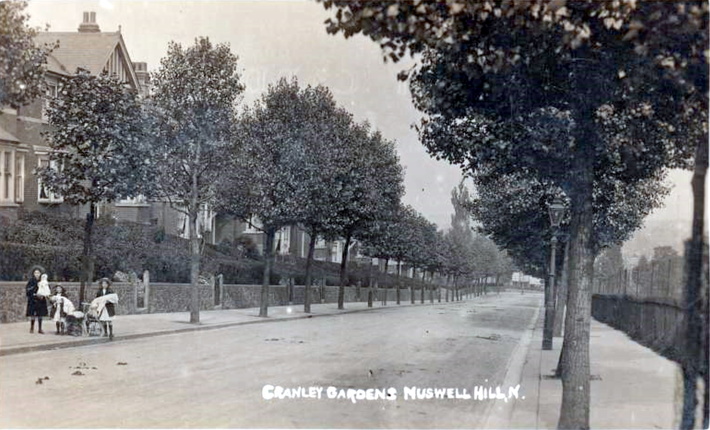 I wonder if Braddock produced a retrospective set c1910 when income was low. If Edwin Monk's 1911 date is right for the St Mary's Fields footpath postcard, then this was not long after he'd given up his studio premises in Alexandra Road. Could he have been down on his luck? Had work dried up a bit?

I haven't used the name Church Path, because that name is commonly used for the path going uphil from the church, south through the Glebe and joining up with Tottenham Lane just near the old Hope & Anchor. It is shown on the six-inch 1863-69 Ordnance Survey map.