I haven't been able to capture exactly the same shot with Google Maps as the 1930 aerial photo, but it's close enough to be able to make comparisons.

I'm always amazed at just how offset Wightman and Hornsey Park Road were until Haringey created the Wood Green Bypass. They demolished a terrace of four houses on the northeast corner of the junction to align the road.

Other things shown in the 1930 image are:

What have I missed? This spot has my vote for the most restless piece of land in Harringay.

PS: In writing this I've just seen another copy of the top photo and I think it's an edited copy (not by me) of this one, in which case it's ©English Heritage

Is that a lane that runs from the railway over the New River towards Turnpike Lane?

It’s interesting that even by the 1930s gardens were not very established as one can clearly see the outline of the back garden fences.

No idea what that is, Nick. It look likes it goes to the bridge across to the railway station. Could it be a footpath?

I think their idea of gardening was just rather different. Much more restrained  - a few roses, some border plants etc. This map also shows that by the mid 20th Century, where the mosque is now, there was a synagogue.

As per my last comment, the shape of the synagogue building on the 1953 OS map looks the same as the one in the 1930 photo. This was a temporary building erected in 1920.

This synagogue was the Hornsey and Wood Green Affiliated Synagogue. It was originally based in Queen's Parade, Green Lanes, where it was established as the Wood Green & District Hebrew Congregation. It was there from 1910-1913. It then moved to Clarence House, Tottenham Lane, where it stayed until 1920. Its final move was to Wightman Road where it erected a temporary building in 1920 and it was renamed to the Hornsey and Wood Green Affiliated Synagogue. The temporary building was replaced by a permanent one which opened in 1959. The synagogue remained there until its closure in 1987 (according to Jewish Communities and Records) (or possibly 1976, according to British History Online). 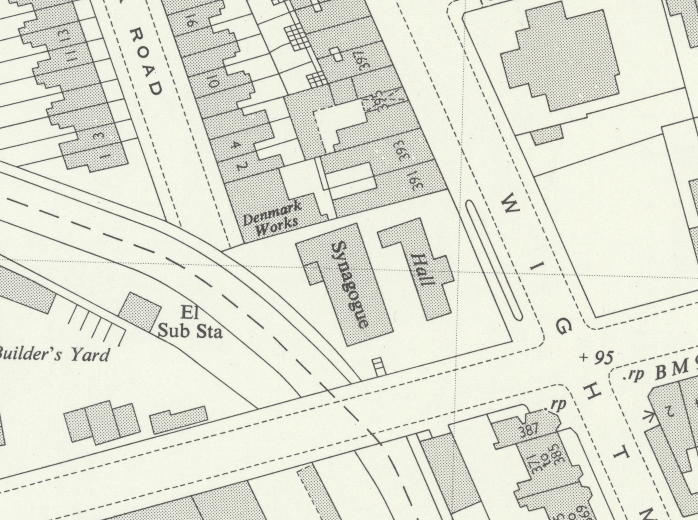 Story about the synagogue added here.

Here's a partial picture of picture of the synagogue taken from Wightman Road at some point after it closed in 1987. 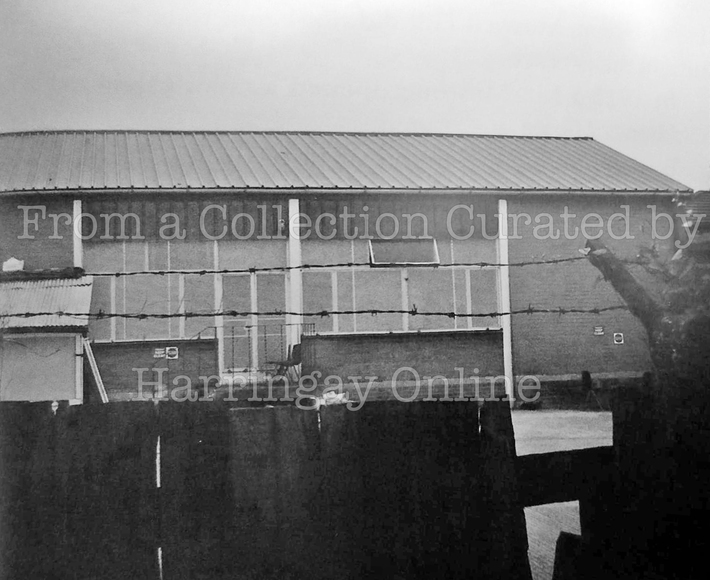 Very interesting piece. For some reason I thought that WW2 bomb damage played a part in this story.

Do you remember the building, Dick?

Sad to say, I have no recollection of what this spot was like when I moved here in 1979.

The photo is described as being a photo of the Synagogue itself, but it could equally have been taken from Wightman Road and could show the hall in front of the synagogue.