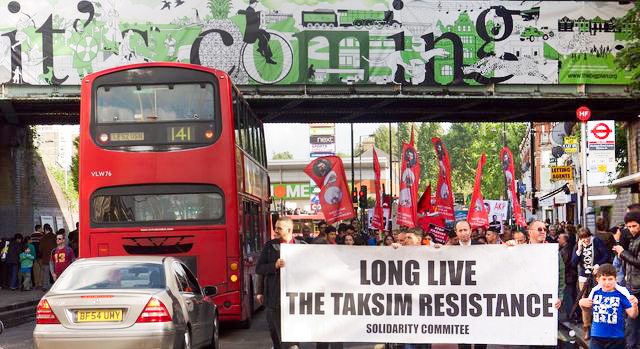 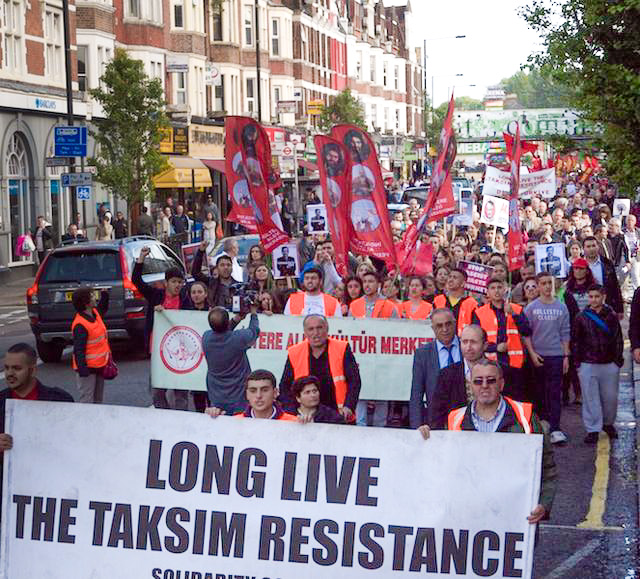 The Wikipedia page linked to by Anne Barwick has some interesting references. Including links to video and audio recordings. Though it may be a while before I find time for the article by John Michael Roberts: 'Expressive free speech, the state and the public sphere: a Bakhtinian-Deleuzian analysis of "public address" at Hyde Park’.  Anyone on HoL able to give an English translation?

A couple of these Wikipedia links jumped out for me because of local implications. One was a 1996 news item in The Independent; where Milly Jenkins reported on tensions leading to violence between different religious groups at Speakers' Corner in Hyde Park.

A couple of links suggest that - at least in Hyde Park - Speakers' Corner became more street entertainment and a stop on the tourist itinerary. Which may explain why some groups prefer to make their street protests beyond the wealthy city core.

Milly Jenkins quoted the late Donald Soper then age 93 (and only two years before he died) when he was still speaking at Hyde Park. She wrote that Soper once described Speakers' Corner as a "fellowship of disagreement". But was then worried about: "a cultivation of violence that has increased".

Other links touch on the implications of the internet for public protest. The Future of Ideas: The Fate of the Commons in a Connected World is by Lawrence Lessig who is a founding board member of Creative Commons.  Lessig's book is now free and online as a pdf file.

I was surprised not to see Cass Sunstein's book: Republic.com 2.0. He argues that democracy requires "street corners" and "commons" where we can meet and mingle and try to persuade one another. He explains that the U.S. Constitution - as interpreted by the Supreme Court - gives a right to its citizens to use streets and parks "for the purposes of assembly, communicating thought between citizens and discussing public questions" (page 23). But this is not an absolute right. It can be regulated but not denied.

I very much like Donald Soper's "fellowship of disagreement". It implies mutual respect for, and at least being tolerant of the views of others. Perhaps like most people I object when persuasion becomes unpleasant and bullying intrusion. But while everyone may have differing levels of tolerance, don't we all  lose out if restrictions are too severe?

♪ What do we want?  Superb oratory set to stirring new music!  ♫ Where do we wannit? Outside the stations?

I want a turn at this too! It is pointless protesting on here as nobody of importance is seen to be reading what I wrote. I would take a day off of work to be allowed to stand outside Finsbury Park and bellow through a loud hailer that our policemen are taking money from journalists for titilating stories about public figures. But oh wait, the fourth estate has already done a great job of this - as it is doing with the Taksim square protests. What is their real agenda?

So what do you want, John? Police charging demonstrators with batons and water cannon? Arrests and fines to help make up the cuts Government imposed on the Police, the Courts and Legal Aid?

(Person of no importance whatsoever)

You don't see something odd here Alan? I am saying - imagine if this was me protesting: white, middle class (ish) native English speaker protesting against corruption in England. I definitely would have been removed. Definitely.

I think this is more than a protest and that they have an ulterior motive.

Okay, let's imagine. There are you and a large bunch of other people out in public making a protest. Let's suppose that - as you say - you're all protesting loudly about the Police taking money from journalists.

Now, tell, me John. What would your ulterior motive be?

You have none? You expect me to believe that the reasons you give are the real reasons? Well, that's surely the mask of the man who pretends to remove his mask.

Tom Waits sings about "the neighbour that we all become."

Let's imagine that the thing I am protesting about has been well covered in the newspapers so really, there is no point in me being there so it must be for some other reason, no?

And for what it's worth, I think their ulterior motive is to establish a precedent.

I want you to have your turn John. I want anyone that wants to to be able to protest freely on our streets and I expect them to be treated with respect and civility when protesting as befits a democracy, maybe even those with whom I fundamentally disagree, so long as they are lawful and peaceful.

This, however, does not, generally speaking, happen when the protests are against the governments who are also expecting to police them. A state that may look with some benevolence upon a peaceful protest about a far distant and essentially 'other' country, since it probably reflects well on them ("Look how tolerant we are  compared to *those* countries) will crack down on any organisation that seeks to protest in the same way about them. Weak governments, such as we have at present, are more likely to be authoritarian than strong ones.

In Emsley's theory of revolution, one of the first factors in the overthrow of a government is the loss of faith in it by the elites, which can lead to the loss of control over the mechanisms of state violence, the police and the army. Any government will go out of its way to ensure that it maintains the illusion of  calm and control which means that even peaceful protests are policed with violence. Repression can be a very effective method if applied early enough.

This desire to control dissent may also explain why the policing of demos on issues like immigration often seems so hands off, compared to demos about student fees, since these demos direct the discontent felt towards another repressed sector of the populace rather than at the government.

In case you think this apparent reluctance is a new thing, remember the British state, while steadfastly refusing to co-operate with the repression of German radicals in exile like Marx, was more than happy to beat up, lock up, operate covert surveillance upon and torture radicals that threatened the status quo in Britain, radicals like the Suffragettes.

As chance would have it I attended a lecture today by Peter Bradley, director of the Speaker's Corner Trust who campaign on the fundamental right of all citizens to have their say in public and to be able to air ideas, opinions and information freely. Although I couldn't agree with what he had to say about the Internet (he had what I thought was a typical politician's attitude to grassroots digital movements), his contention that these rights have not been 'taken away' but 'given away' as we move away from the mass movements of the past to a more individualistic mode of existence had some resonance.

The lecture was called Free Speech, Idiocy and the Challenge of Citizenship. The provocation of Idiocy is that we are the idiots (and here I need OAE to explain it more eloquently, but for now I'll have to use Wikipedia) from the original Athenian democratic meaning (with the obvious caveat that nearly everyone in this democracy was disenfranchised) of idios "private", "one's own" or as Wikipedia puts it

An idiot in Athenian democracy was someone who was characterized by self-centeredness and concerned almost exclusively with private—as opposed to public—affairs. Idiocy was the natural state of ignorance into which all persons were born and its opposite, citizenship, was effected through formalized education. In Athenian democracy, idiots were born and citizens were made through education (although citizenship was also largely hereditary). "Idiot" originally referred to "layman, person lacking professional skill", "person so mentally deficient as to be incapable of ordinary reasoning". Declining to take part in public life, such as democratic government of the polis (city state), was considered dishonorable. "Idiots" were seen as having bad judgment in public and political matters.

It was Bradley's proposition that we lose democracy through idiocy rather than having it taken from us by mysterious dark forces or powerful elites.

So pitch your tent, John, you may start a revolution...

You're asking people to speculate - as far as I can see - without any firm evidence for your theory. Or even clarity about what you mean.

Let me give you another possible scenario. That when events touch people deeply they want to take some action which lets them express this communally / publicly. Quite often by coming together with other people.

Or the coming together may be small and symbolic gestures in a place where these gestures are "gathered".

It may be flowers by the roadside where a death occurred. Or on grave. Jews put a stone on a grave and this custom has spread.

John Berger describes visiting a man's grave with his daughter. They forget to buy flowers. Back in the carpark Berger can't find one of his gloves. His daughter tells him she knows who has it; they don't need the flowers.

And people may come together to express shared feelings, sympathies and solidarity with people in another place; even another country. Even when the events which touch them have already been reported in the papers and on TV.

Or is that too ulterior?

Events that are reported ( even widely ) in the media take place somewhere else and happen to people we don't know. I don't think I could confidently place Syria on a map.

However when there's an encampment up the road or my neighbours march along Green Lanes, I feel connected - it's happening to US, not to THEM.

Remember Chamberlain's " a quarrel in a far away country between people of whom we know nothing. We learned quite a lot about them over the next five years. For me, the encampment and the marches give me an opportunity to learn something about Turkey.

Let me be a bit sharp before I get out of this space.

John D whoever you are from whoever I am, I'm sorry you need an encampment to tell you about Turkey. I discuss Turkey with Turkish friends, PKK friends, children of German gastarbeiter, quite a lot on line, quite a lot in the library and so on amongst a plethora of issues from other places with "strange" languages (your sarcasm) that you have perhaps never dreamt of. I assume you're too busy to do any of that fruitlessly chasing Paul Simon signs (remember you introduced that into this thread)  and the like.

If the only way you can learn and place Syria on the map is to have it put in your face then sorry O! So bye bye and over and out.