The Stables building at St Ann's

Who ever knew such a gem lay within Haringey!

There has been a lot if filming at St Ann's Hospital  lately and I found the Admin Building open one day so finally had the chance to wander into the Stables. It is much loved by older NHS staff on site and had been on my wishlist to visit for some time.

It is one of the most exciting spaces I've been into but it is currently due for demolition under the current redevelopment plans by Catalyst Housing.

Local gems being destroyed by outsiders does not sit well with me. This space must be retained as public space for the local and wider Haringey community.

It looks like its been a little sanitised since I photographed the hospital back in 2018.

I shot a complete 360 / virtual tour of all the buildings due for demolition/repurposing by arrangement with the GLA. I got distracted and have never got round to finishing the processing. I made myself do the dull stuff first and have a tour covering Blocks, B, C & D and some exteriors. I've just checked and in fact I've processed the shots for the block you saw and have a set of 20 or so shots, covering both floors, including the ante rooms and the enclosed rear yard.

I shot the tour as a walk though, with adjacent shots spaced within feet of, and always within sight of  each other. This means that the complete tour is monstrous and probably needs to be broken up into sections. It wouldn't take me much to put together the part for this block. 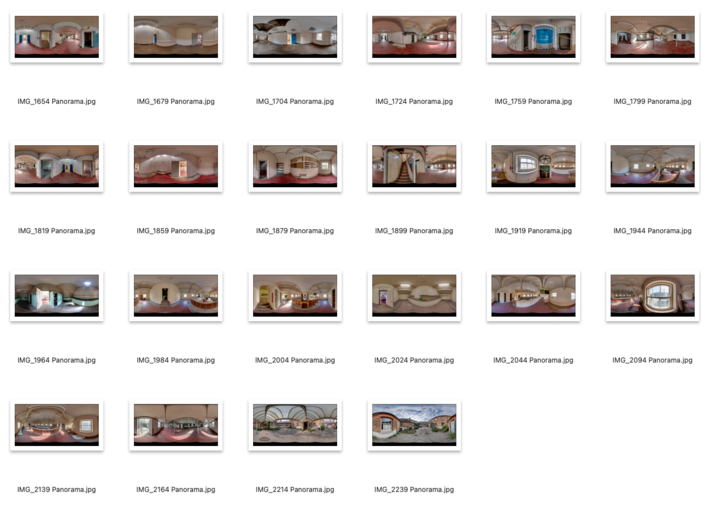 I'm sure at the time, the plan was to keep that building along with the grand old rooms in the admin building/nurses' accommodation. I take it that's changed.

Hi Hugh, good to see your photos. One of the old timers told me, "I remember when the only photocopier onside was in the Admin corridors"

I'm sure there are many stories.

Security asked if the admin building was used as theatres but I'd told him unlikely. Turns out that until the late 80s the threatres were in the building opposite white then became the serial health clinic.

Is it nationally Listed?

It isn't listed but was highlighted on the draft Haringey Heritage building list in 2015.

I think community expressing their concerns about destruction of the local built heritage is essential. However who do you express concerns to?

I have spoken with the Catalyst Project Director and was told that the current plans are based on the brief issued by the GLA in the development bid process.

The GLA made the decision to ignore the pledges to retain the Admin building and majority demotion was only revealed last summer when Catalyst public consultations .

Catslyst is due to merge with Peabody this Spring.

So, what buildings ARE they keeping now?

Currently the buildings being retained are Mayfield  House, Hate Housr, Block 6 (they call it the Peace Building) to west of main Picnic Lawn, Admin Building 1900 arch amd integral wings to east and west only. These Building discussed as being for community use in thatvthey may contain community oriented tated facilities e.g. healthcare but not necessarily open public access.

The Water Tower is also on the list to be retained. It is still in use to prop up the water pressure across the site. No official discussion about change of use or whether it will be retained for community, private residential or whatever.

Maps and modrl below are from the public consultation 9th Dec 2021.

Block 6 is good. I think originally that was mixed use for nurse home and I think admin reception rooms. Some nice rooms there. I don't recall being struck by anything particular in the part of the admin block they're keeping, but some nice original features. What's Hate House? (Mulberry or Acacia?)

Block 6 was always Main clinical offices and the grand room for the Superintendent.

The nursing accommodation was demolished in mid 80s when the Greentrees were built. There was a spring, reported to form a lake (with boats) under a building. It was capped. Lake visible on old maps.

Do you know how to verify if North site is Common Land? The lake would mark it out as an important stopping place for livestock being driven in to London

Re Block 6, sorry, I wasn't clear. I was referring to the northern portion of the building which was the Matron's house. The rest of it was for grand reception rooms etc.

Are you sure about this lake? It's been a few years since I did my research on the development of the land from 1600 to the mid 20th century, but I can't recall any lake. The old nurse's blocks / Greenacres were built on part of the land of Hanger Green House. The surveyor's sale plans for the house in 1891 show a tiny area of water on the western boundary of the grounds that would have been where the nurses's blocks were, but nothing anywhere big enough for a boat: it was possibly just about big enough to have merited the description of 'pond'. The 1818 parish map is in colour and shows all bodies of water clearly in blue. There is nothing in any of the St Ann's lands, just a small body of water at the edge of the roadway, opposite what is now Blackboy Lane.

The Tottenham Tithe map of 1844 shows no bodies of water or waterways on St Ann's Lands.

I had an exchange with someone last year who is convinced that there is/was an underground waterway under Salisbury Mansions. I'm pretty much sure there isn't and never has been. I checked with Deborah at Bruce Castle and she agreed.

There seems to be a persistent idea about mystical waterways off St Ann's Road. So, who knows maybe there's something in it. Can you help me out and direct me to the maps that show this Hanger Green lake.

Regarding common land, I made a copy of the 1883 Tottenham Commons map when I was doing my research and the only common lands showing for St Ann’s/Hanger Lane were very thin strips along the edge of the road. Something tells me that I found something in the NEF Hospital sub-committee minute books about those commons being handed over to the hospital. But I may be misremembering and I'd have to check that.

By the way, those committee minute books make interesting reading. They chart the development of the hospital and reveal that nurses first lived in ‘accommodation huts’ split into ‘cubicles’ and the admin offices having been housed in ‘administration huts’. Things were pretty basic to begin with. By the end of 1892, Mayfield House housed a committee room and clinical assistant's office on the ground floor.

Yup, absolutely sure of the presence of the spring. Info came from Estates staff, Josh,  who has been there over 40 years. The documented confirmation would be in the development plans for the Greentrees ward done by the North Middlesex hospital building team - sorry don't know their exact name but then undertook all hospital building work in the area.

Other staff mentioned that in 1987 there were a lot of ducks living on  hospital grounds.

The Underground lake is more difficult to verify. I even spoke with Ernest Goffe's son, Michael, in 2018 to see if he had any photos- hoping that as with many a good Edwardian he had taken up the new trendy hobby. Unfortuantely no lead there.

Josh also recently said that there were cow sheds when he started. They were torn down to build the prefab Stores by the SINC.