Its seems squatters have moved into the old Post office in Green Lanes today.....

Wow! You're using a theory widely used by those moral and ethical dinosaurs NYPD  police commissioner William Bratton and Mayor Rudy Giuliani, in order to criminalise the homeless, black people and the poor and socially cleanse New York City.

I see where you're coming from, and I must say, I am more worried about you than the squatters.

Spend some time reading the Sheffield Hallam report on squatting commissioned by Crisis. Google it.

Leaving the personal stuff aside, I’m not sure how an enduring scientific insight, produced by the worlds leading academic institution (Harvard) which has seen successful, large scale social implementation in NYC is comparable with research from some fourth-tier former polytechnic in the north east of England.

Nor do I see how the research you are pointing to makes squatting any more legal.

I’ll also let the crime stats speak for themselves. Clue: the implementation took place in the mid 1990s. 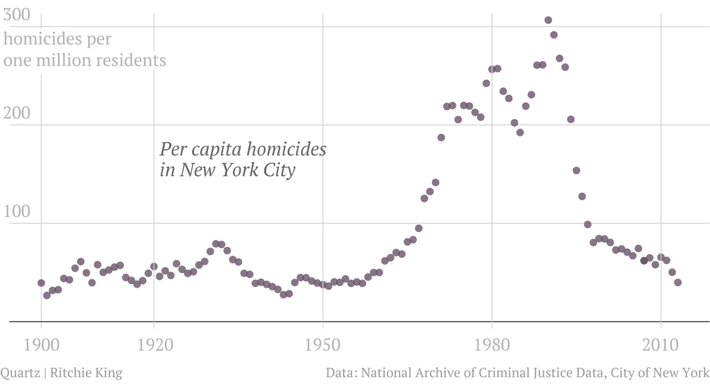 And the greek man puts the irishman on the canvas. Stay down oshea

We are talking UK homelessness and rights not NYPD.

The whole concept of community based housing associations were started and run by 'squatters', they were very successful in working with councils to get unused buildings occupied and tenanted for so many homeless people and families.

The last time the Post Office building was 'squatted' I did not even know they were there, all was peace and quiet.

I don't deny the Broken windows analysis is wrong it ws well intentioned and used as an argument to invest in areas of poverty.

So with that in mind, going by that very research why do you think making people homeless will somehow not add to the theory of increased crime?

Sadly, well intentiond reports such as that are used to justify social cleansing, rather than addressing the problem with appropriate funding.  Which I worry is what you are considering.

Regarding the illegality of squatting. Some laws are an arse Kotkas. Did you know that rough sleeping is illegal?

I like the double standards in the neighbourhood. Object to planning permissions whenever the restaurants and shops on the high street are breaking the rules yet squatting is being applauded. Hmm.

This is an interesting discussion which raises the issues of our attitudes to law and law-breaking, homelessness and the appropriateness of a range of responses to it.

At the risk of sounding more than a tad pompous, the issues raised are hugely complex and I would argue that, after our initial knee-jerk reactions, our responses ought to reflect that complexity.

Considered from a legal perspective, as far as I'm aware there is only one judgement. It is illegal.

Considered purely through a lens of ethics, I can see the argument from both sides; yes the level of inequality in our society is wrong and people ought to have the right to a decent home in a country as wealthy as ours. But the legal right to defend our property from trespass is also important.

Weighing up both of these issues and considering what the knock-on effect on our neighbourhood will be, whilst I'm well acquainted with the Broken Windows theory, I don't have a sufficient understanding of the effects of squatting in particular to know what the overall impact will be. So, I'd need to know more.

Questions I ask myself are as follows.

In my book, the answers to all the questions above are as complex as the issues they speak to. But, ultimately those charged with the responsibility of making and enforcing policy and laws have to wade through the complexity and make a decision.

If, they're doing no harm, I'd rather let the thing settle itself quietly. Probably, they'll move out before too long and all will be resolved. in a humane world, cases need to be decided on a one-by-one basis. But, if I was challenged to come down on one side of the fence with a blanket response, I would probably have sympathy with enforcing the current law on squatting (and, of course, tweet Daniel Rashford to ask him to stop sitting on his laurels and pull his finger out and get homelessness sorted out - by next Friday will do).

Here's an interesting sounding article from, of all places the US. The abstract describes it as follows:

In declining cities, an abundance of vacant, devalued property, and under‐resourced regulatory mechanisms challenge dominant understandings of private ownership of real property as a source of investment and stability for individuals and neighborhoods. Drawing on four years of ethnography and 65 interviews in Detroit, this article finds that, despite the privileged standing of private property in U.S. culture, residents frequently accept or advocate for illegal property use, such as squatting or scrapping. Instead of adhering to the law, residents use a community‐embraced norm—an ethos of care —to assess the acceptability of illegal property use, and they do so in order to positively impact the physical and social dynamics of their neighborhoods. The findings of this article highlight the influence of local conditions for how residents perceive property law violations, and call into question the generalizability and applicability of neighborhood improvement strategies that rest on private, legal ownership to induce responsible care.

I concur. I guess that's pretty much what I was working my way towards in my previous comment.

When the house next to me was squatted the squatters turned out to be lovely neighbours and a darn sight better than the landlord who bought the property afterwards and turned it into an eight bedroom HMO with a family in each room to squeeze as much money from it as he could (luckily the council acted to un-convert the house).

The Post Office has already been occupied some time ago, they came and after some time they went, no damage was done and most people had not realised that they were there at all.

Thanks Maggie. That confirms to me that it's difficult to make a blanket judgement on these issues. I too have heard of 'good' squatters who are good and considerate neighbours. In situations like that, I'd leave well enough alone and I imagine they'd probably move out when the landlord wants to re-use the property. In these situations, I'd practice as I preached above and just let things settle themselves.

They do that on the propety shows on the tele all the time. Quick way of getting the deposit. Back in the day loads of people round here were doing it. See some now teachers etc with other places in spain. Smart