Following on from last week's post about the likely development of green belt land in Enfield, the council has today announced that it has been seeking bids for the future use of the Whitewebbs golf course. The course is adjacent to the proposed area of green belt development.

Enfield Council is considering proposals which would see long term investments in sport and rewilding at Whitewebbs.

Using the rental income received, Enfield Council will reinvest an additional £100k a year into grassroots sport for young people across the borough.

If the council agrees to the club’s proposals, it would see:

Show below is a satellite view from Google Maps and an excerpt from the Spurs proposals. 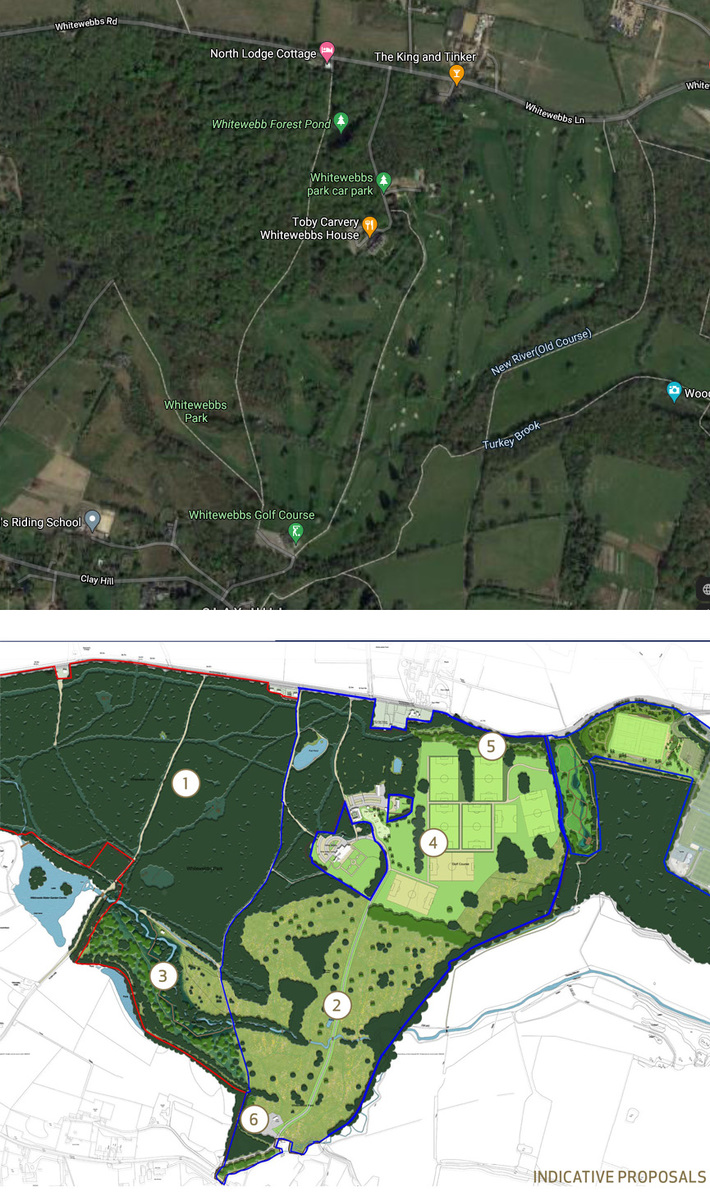 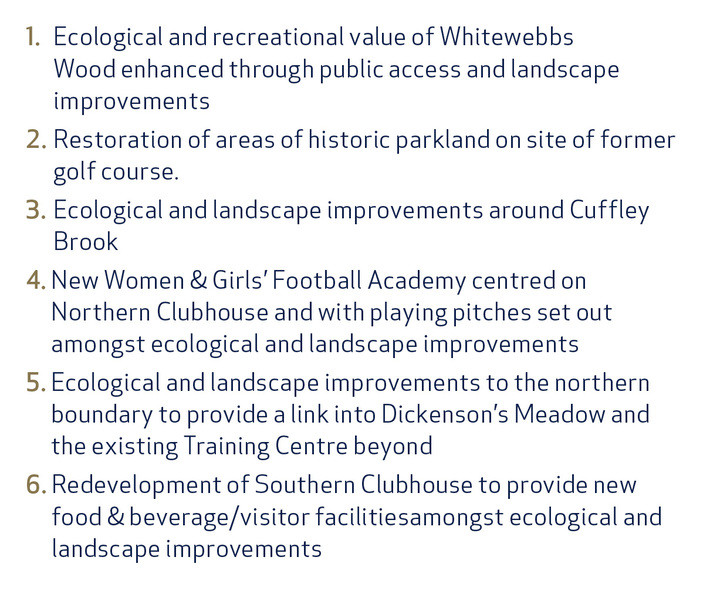 You can see Spurs' full proposals at www.tottenhamhotspur.com/media/39082/whitewebbs.pdf

In contrast to the other Enfield Council development proposals (e.g. for Vicarage Farm and Crews Hill), this doesn’t seem too bad on the face of it. A sports training ground seems kind of equivalent to a golf course. It would be nice if the entire golf course was converted to parkland and/or a nature reserve, but half of it becoming the sports facility is much better than it being built upon.