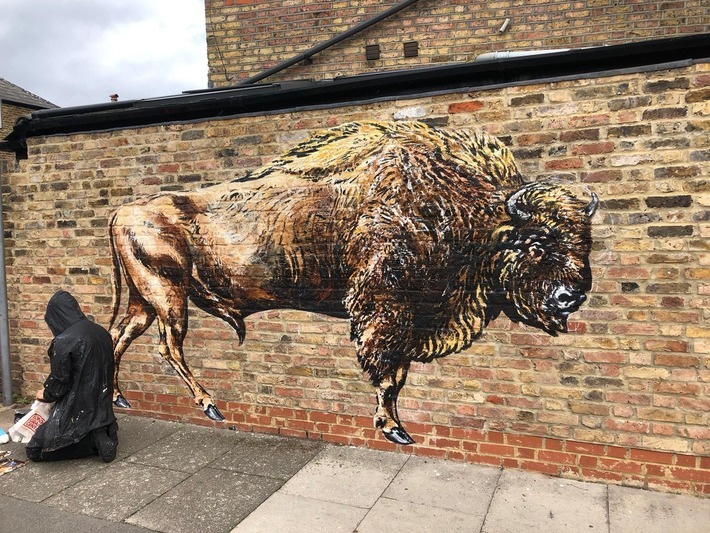 Thanks to Tom for flagging up this photo on Instagram, with the following text.

Bison are being introduced into a wood in Kent in 2022, after being absent from the UK for 6000 years! It's called the Wilder Blean project: www.kentwildlifetrust.org.uk/wilderblean
@kentwildlife @wildwoodtrust

Bison are so important for the wellbeing of woodland because they create new habitat niches for many other species by their behaviour. This includes eating the bark of trees and rubbing themselves against them, creating areas of deadwood which is a boon for insects and opens up sunlit forest glades for the benefit of multiple species.

For this reason they are known as ecosystem engineers. The woodland of the UK has been without these magnificent creatures for far too long. It often has a sterile uniformity, having lacked the transformative and regenerating effects of bison and other large mammals for centuries. It's very exciting that we will be able to witness this rejuvenation in process.