The shop was close to the railway bridge near Harringay Stadium. When Claud Butler went into liquidation in 1956/7 Dave, whose real name was Percy, bought the cycle business from George Brooks that was situated further down Green Lanes at 7 Wordsworth Parade, near Turnpike Lane tube station. George was well known in the area as a lightweight dealer having started the business in the early 1950s but he moved to Bristol to open another shop at Downend.

Dave sold frames under his own name and until recently his frame builder was not known with any certainty. However, a letter by him to a close friend revealed that it was the work of Bill Gray who had been the foreman frame builder at Claud Butler. Bill built under his own name and for George Stratton, and possibly Fred Dean, and was a huge talent.

A John Clark remembers his father buying a Claud Butler from Dave in 1968 but by that time there were few bikes on show in the shop.

Dave was to remain in business until 1970 when he retired to live in Goring on Thames. He died in 1985.

One Mick Butler tells us that he recently met an elderly gent in Finsbury Park on a Dave Davey frame. Mick only had a chance to have a quick chat but this is what he said:

"The bike was purchased in 1961 from Dave (Percy) Davey. Davey was a member of the Barnet Vets Cycle Club. 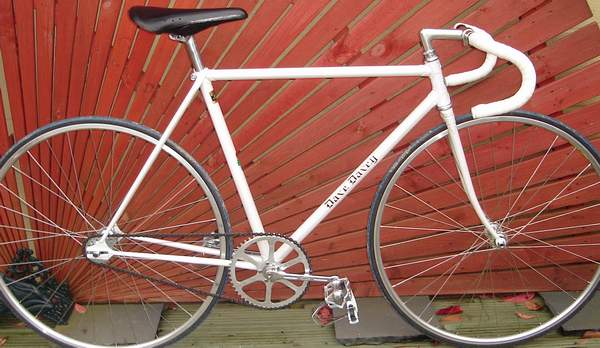 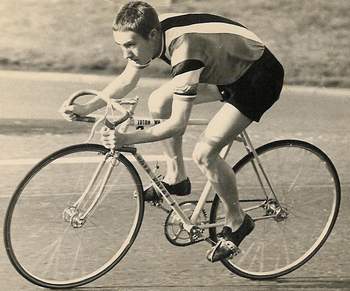