The Beatles in Hornsey Road 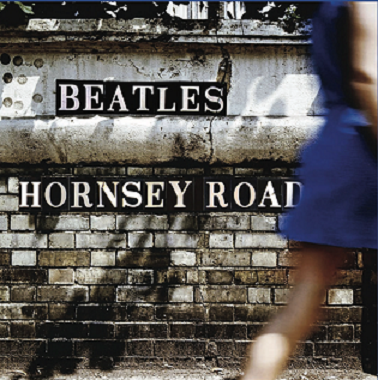 Hornsey Road in Stanley park , Liverpool perhaps?? Or would that be too easy

Apparently this was the Star Cinema in the Holloway Hornsey Road.

The cinema opened as the Hornsey Palace in August 1911. Its entrance and exit were converted from Victorian terraced houses at numbers 335 and 345 Hornsey Road. The auditorium was built in the rear gardens of the houses in-between. 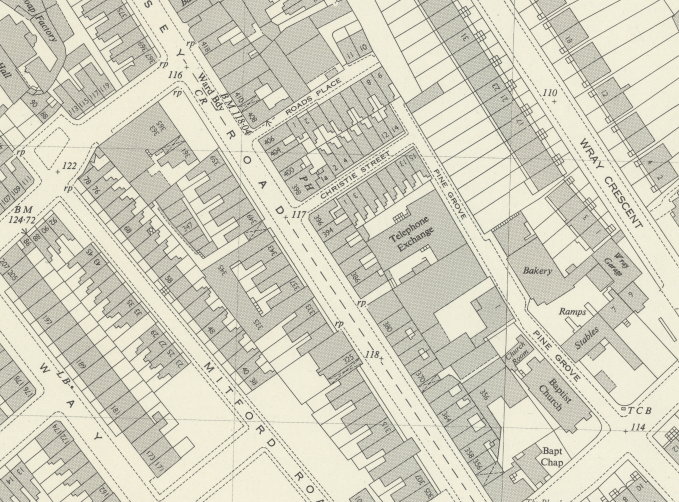 EMI bought the lease for this building in 1956 at a time when demand on its Abbey Road studios was outsripping what that building could supply.  The intention was for the Hornsey Road building to be the permanent home of EMI's popular music departments. EMI had begun renovation of the building when, for unknown reasons, the project was scrapped and the company decided to fit everything in to Abbey Road.

The building was demolished and housing was built on the site in the 1970s (you know that monolithic long block on the right, just over a mile beyond Crouch End).

The 345 entrance was just opposite Chrsitie Street. The embedded Street View image below is looking at where that entrance would have been. Swing to look left to locate Christie Court which has replaced Christie Street.

That was awesome, fast and great detail.

Thanks, Hugh - how did you find all that amazing information in the space of a few hours?

Sure. Enticements in brown envelopes will seal the deal.

Lovely, thanks - I'll get that organised and you can let me know where to drop it off. In the meantime, I'm thinking of heading off on an employment seeking day-trip - I hear that there are lots of jobs going in a place called Jeopardy, wherever that is - I can't find it on the map - maybe it's in Scotland.

For your own safety, I'll private message you. I don't want you carrying thousands of pounds around and people knowing where you're going with it.

You're right. DIdn't zoom in enough in Street View. Looking at the OS overlaid on Street View, Christie Court is in pretty much exactly the same place as Christie Street. I'll amend Street to Court and the location guidance still applies just as well.