History of the Manor House Pub

I can't remember how, but I fell in to digging around about the history of the Manor House Pub / Tavern / Inn and came up with some flesh to the bones about the pub in the nineteenth century. I've updated the Manor House Wikipedia article with what I found.

Also, if you're interested and missed it, we had the descendant of the landlords who held the pub for longer that anyone else join HoL last month. She kindly posted pictures of her ancestors - James and Amelia Swinyard. James took over as landlord in 1890 and ran the pub till his death in January 1910. His wife Amelia then took over and held it till it just before it was redeveloped in 1930. 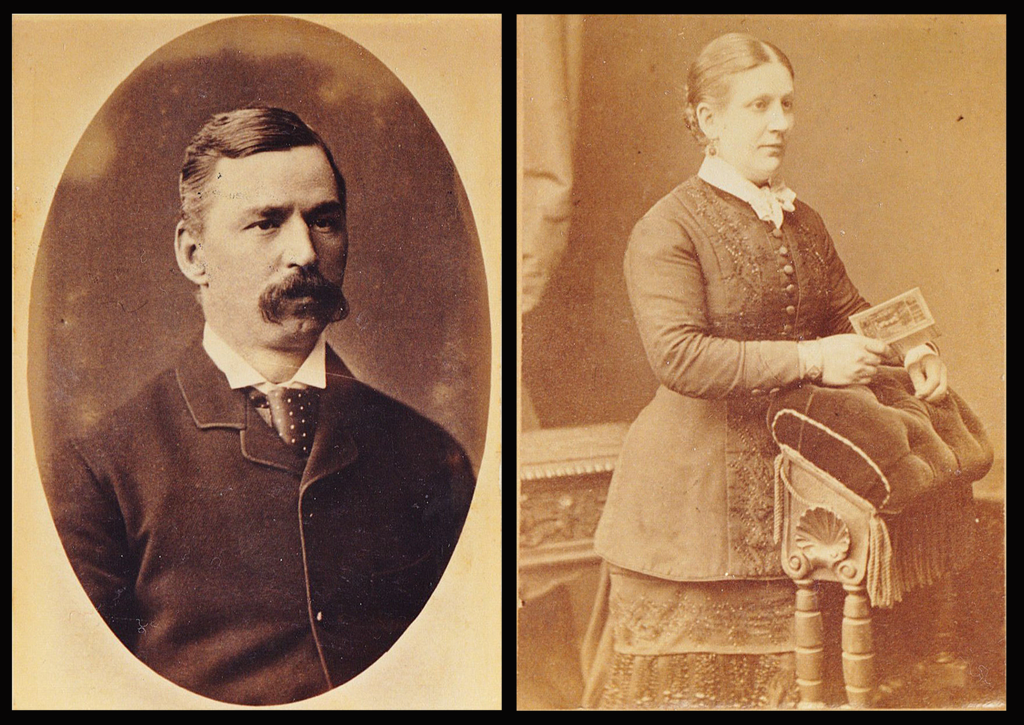 Any history you have about the pub would be much appreciated. the post war twentieth century is a bit of a hole in my knowledge so far.

Permalink Reply by Kim on December 23, 2016 at 12:13
Hi Hugh, my friend's grandmother, known locally as 'Scottish Betty' was the landlady in the 1970s. He lives in Scotland and would be happy for you to get in touch if you want more information.

I'm now trying to track down the basics of the music history of the pub in the second half of the last century. Seems pretty amazing, particularly in the Sixties. It's pretty much a case of trying to find one of the big names who didn't play there.

I've now been able to finish the history of the start of the pub with info on the building that pre-existed it, it's occupant and the driver for the pub's initial construction. As usual, it's on Wikipdeia, with full notes and references. Reproduced below with ref links that will take you to Wikipedia. Beneath that is a rather poor snap of map from the back of a lease agreement of 1822 which shows the building that existed prior to the tavern (North at the top of the image, in the conventional manner).

The pub was the source of both the name of the tube station and the area. The first pub on the site was built by Stoke Newington builder Thomas Widdows[2] between 1830 and 1834[3] next to the turnpike on Green Lanes. Prior to this date a cottage had existed on the site[4], but in 1829 an Act of Parliament was passed to permit the building of the Seven Sister's Road. Thomas Widdows was both the owner of the house and its occupant. With the building soon to be sited on the junction of the existing Green Lanes turnpike road and the new Seven Sister's Road, Widdows no doubt saw a roadside tavern as an excellent investment.

The new building was within sight of the Hornsey Wood Tavern, which had been formed out of the old Copt Hall, the manor house of the Manor of Brownswood.[2][6] It is possible that its name was taken from this connection[7] The land itself however was on the demesne of Stoke Newington Manor.[8] At around the time that the pub was first built, on the southern boundary of the demesne, on Church Street, a school called Manor School was operating[9] The school was next door to the trading premises of Thomas Widdows, builder of the pub. So it is equally possible that the 'Manor House' name was just a fashionable name, more related to the connection with Stoke Newington Manor.

Robert Baily, the first of many Manor House Tavern landlords described his establishment as a 'public house and tea-gardens'[10] He placed the following advertisement in the Morning Advertiser on September 13, 1834.

Baily died just three years later. In 1838 the tavern was taken over by George Stacey who had previously been at the Adelaide Tavern in Hackney Road. In November 1839 various newspapers carried the announcement of the bankruptcy of William Tombleson described as "late of the Manor-house tavern, Stoke Newington, tavern-keeper, publisher, dealer and chapman" (Wiltshire Independent - 28 November 1839). So it may well be that Tombleson took over the pub after Baily but didn't last long. Stacey placed a tablet on the pub with the following inscription:

The Queen's visit took place on 25 October 1843 when she and Prince Albert were travelling by carriage from Windsor to Cambridge. The route included the still relatively new Seven Sisters Road and a stop was made at the Manor House Tavern for the first change of horses

The tavern changed hands again several times after Stacey.[11] In 1851 it was purchased by James Toomer.[12] According to the Morning Post, Toomer was 'well respected in literary and theatrical circles'.[13] The new owner added function rooms including a banqueting hall and ballroom which became known as the Manor House Assembly Rooms. Soon after purchase he obtained licences for both music and dancing and the pub became a regular venue for events of both sorts.[14] In the summer of 1870 Toomer advertised a new ballroom[15] and later that summer sold the pub. The advertisement of sale gave the following description:

The building was bought by John Charles Kay who sold it two years later to Samuel Perrin [17] A further change of ownership in 1878 saw the pub in the hands of Stephen Medcalf. In 1879 Morris Benjamin made an application to renew the music and dancing licence as the licensee. He was still registered at the address in the 1890 register of electors. Later that year the pub was taken on by James Swinyard who remodelled and modernised it shortly after the sale. Swinyard managed the pub till his death in 1910. Subsequently his widow Amelia took over the licence until the late 1920s. In 1930 the imminent arrival of the Piccadilly Line led to the widening of the road, the demolition of the old tavern [18] and the erection of current building. Behind the new building, offices were built for London Transport[19] To the chagrin of her sons, Amelia Swinyard sold the pub to a buyer who then received the compensation when the pub's land was taken to accommodate these buildings. Amelia died in 1937, aged 90 in a nursing home in Muswell Hill.

In later years the pub was the first employer of Richard Desmond, now the owner of the Daily Express and Daily Star. The building also housed a nightclub[20] that was popular among Goths in the mid-1980s. Two decades earlier it had functioned as a popular music venue for rhythm and blues enthusiasts, called the Bluesville R.& B. Club, hosting artists such as Cream, Georgie Fameand the Blue Flames, Long John Baldry and his Hoochie Coochie Men, Rod Stewart (then nicknamed 'Rod the Mod'), John Mayall's Bluesbreakers, the Jimi Hendrix Experience, Fairport Convention, Fleetwood Mac, Jeff Beck, the Spencer Davis Group, Graham Bond and Zoot Money. The ground floor of the building is now occupied by Evergreen supermarket and Simply Organique cafe. 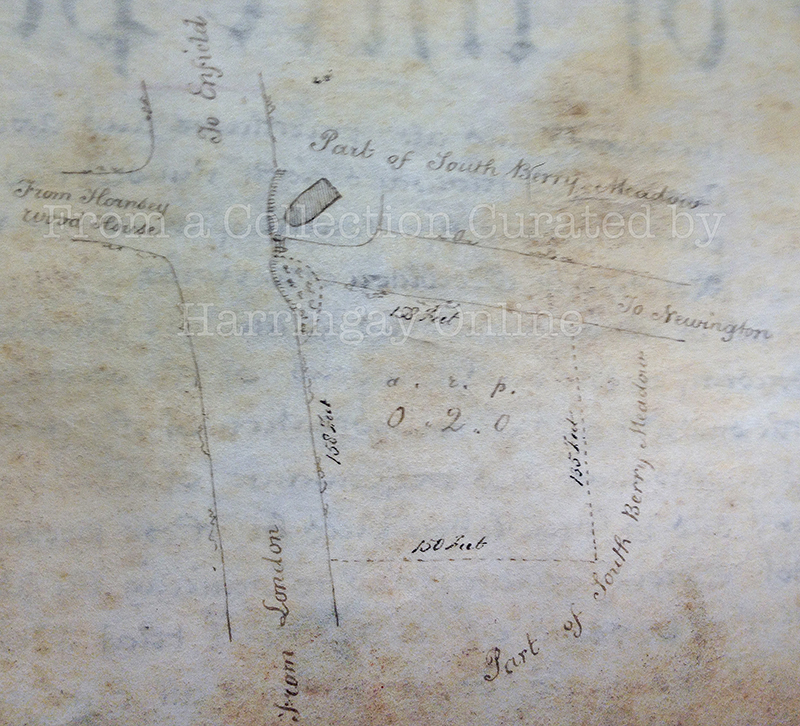 I recently came across a late 19th century plan of the Tavern which I reproduce here for interest. The gardens ran for quite a way behind the pub and were labelled as "Tea Gardens". 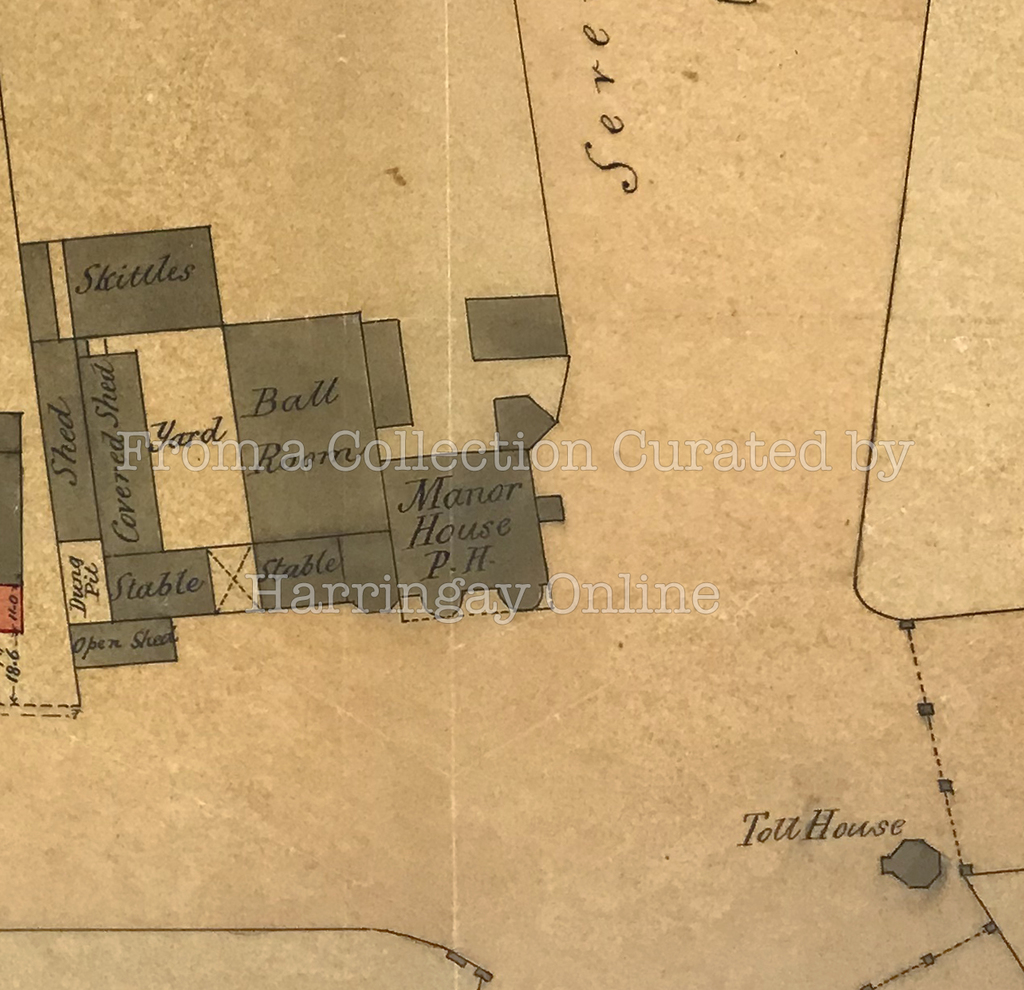