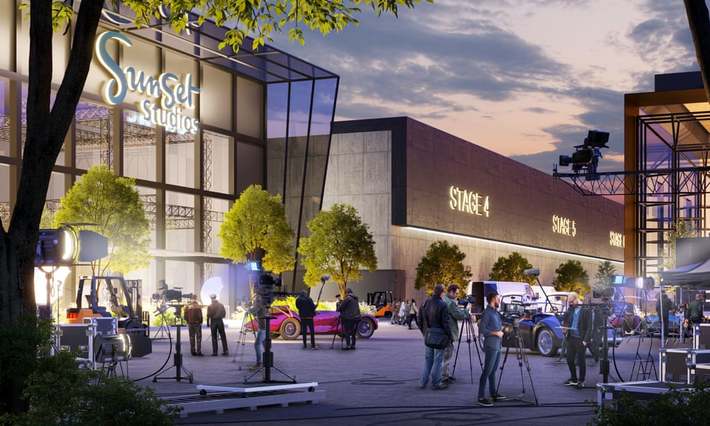 This morning an announcement was made that Blackstone Studios are hoping to build a vast 91-acre TV and film studio complex on a greefield site, near the M25 juction north of Enfield.

The new development comes as part of Hertfordshire's fast-developing film production/studio scene, and hot on the of the Sky Studios Elstree development currently under construction and the proposed Hertsmere studios nearby.

Not far away in Leavesden is Warner Brothers Studios, where the third film in the Fantastic Beasts Harry Potter spin-off is currently being shot.

The Broxbourne Council website describes the site as a '91 acre site, close to M25 junction 25, allocated in the Borough’s approved Local Plan 2018 – 2033 as a strategic employment site.'

Broxbourne Council have confirmed to me that the site is what is referred to in the plan as the Park Plaza West. (I wonder what the Birch Hotel and the country club folk will be making of this!) 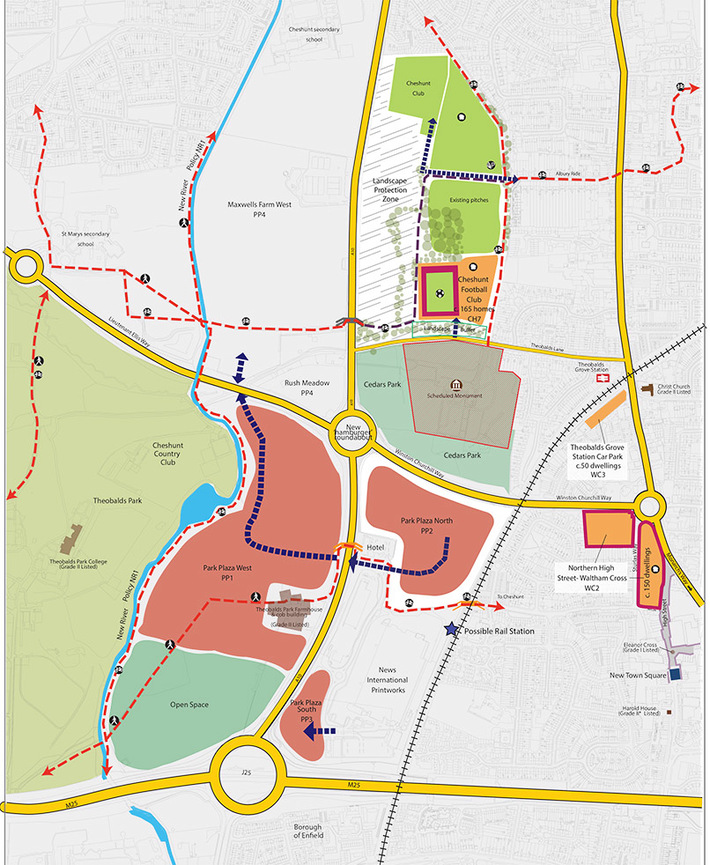 The addition to Britain's creative industry scene is to be welcomed along with the estimated 4,500 jobs that the studio complex will create. But a development of this size will no doubt come with downsides.

Recently, I wrote about the pleasure of accessing the green spaces directly to the west of the studio site. One has to assume that what is there now would probably be lost or completely altered for all time.

Just an interjection to say that because land that has nothing built on it or isn't farmed in any way does not mean that it is "land that was serving no purpose".

Does the Amazon forest serve no purpose? And of course I recognise it isn't always possible to give preference to development on brownfield sites .

But we stare at the gaping chasm in awe and continue to do nothing, or too little, or even just continue to inflict extreme damage, all the while repeating the "save the planet" mantras. Evidence is all around us - floods, fires with no continent spared - this year, in particular, has provided the evidence. Yet we continue to think of of development and progress as building more and consuming more....

We humans are the brightest of beings yet also quite self-destructive. Our capablity to adapt and belief that we can manage all things, makes us think we can conquer all.

And now we also want to explore other planets and wreak havoc there too.

A cynic yes...I know. But sigh all the same!

Well at least the studios will be able to make climate change disaster films/movies that some can watch on their home cinema entertainment systems ... while the world burns/floods

This isn't Haringey's nearest Green Belt, this is actually green belt land in the borough of Haringey running north from Ferry Lane where the former petrol station is along the edge of the wetlands.

According to the London Greenbelt Council*, the area I identify isn't connected to the tiny sliver of greenbelt in Haringey. But, yes, apparently, officially the finger of land along the Lea (including the tiny sliver in Haringey) is green belt and strictly-speaking, that would be our nearest greenbelt land. However, it mainly consists of man-made reservoirs which form part of our water supply system. So, I have it filed somewhere else in my mental hierarchy of green belt spaces.

*You'll get a security warning when connected to this website. But, I', pretty sure that's because this voluntary organisation hasn't had the resources to update its web architecture. I was perfectly safe visiting it.

Gosh you would think investment and job creation in the area was a bad thing to read many of the comments here.

"Gosh you would think investment and job creation in the area was a bad thing to read many of the comments here."

That is not what most posts are saying at all. They are far more nuanced than that.

Just any old investment doesn't mean it will have the benefits the promoters of the developement claim it will have. There are choices we make and these have consequences.

Allow people to share their qualifed opinions and seek developemnt that will not result in negative long term results. For too long the criteria to judge whether "development" is beneficial has meant that we have been slowly destroying the only planet we have to live on for the moment. If you are happy with that why not just make that point and not try to 'diss' other people's opinions which may be as valid as yours.