Remember the HCG air quality study of Harringay mentioned on HoL back in June? The results are in and you can view them on an interactive map.

Turnpike Lane, Wightman Rd, and Green Lanes are above the EU legal limits for Nitrogen Dioxide ... if you're walking or cycling through Harringay its safer to use the Harringay Passage.

BBC London News ran a story about the study today which is up on iplayer.

Supported by the social enterprise Mapping for Change, a wholly owned subsidiary of University College London

I don't agree that there is nothing the council can do.  Residents have been complaining for years about the HGVs on Wightman Road (and the ladder roads). There is a ban on HGVs over a certain weight and they invested in a camera (at Turnpike Lane) to catch companies ignoring the ban but it is still difficult to enforce!  Suggestions from residents and councillors such as narrowing the road at certain points to stop the HGVs rat running have largely been ignored.

The council acknowledge there is a problem with traffic – I believe that the long awaited traffic survey is coming and hopefully solutions will be acted upon but it would now seem that the health issue for residents is much more pressing than the sheer nuisance of it all.

Permalink Reply by Alice Mezzo on October 6, 2015 at 18:26
I love Harringay but this is one of the worst things about the area . I feel it more keenly now I have young children.

Permalink Reply by Alice Mezzo on October 6, 2015 at 18:35
If anyone is keen to take action on this I'll definitely get involved.

Following on from John's anti-diesel crusade. I've been banging on here on HoL for years that London relies far too much on diesel buses for public transport. Currently about 8,500 Buses in London are in daily service.

What's needed are about two or three new underground lines and a commited plan to build them over the next 10-15 years, followed on by a continual building plan for the next 50 years. This would also be almost financially impossible, so what are the alternatives? Tram routes on all the radials and converting to electric powered trolleybuses for local services. You can build at least three to four equally long tram routes for the price of one underground line across London. Ken Livingstone's plans for trams (which were the base, for a later extended system) were killed off by nimby lobbyists from the affected Boroughs and from Boris with his silly, expensive, useless buses, who mostly put parking spaces for the few before mobility for the many.

Lots of Haringey's local routes, i.e. 41, W3, W7 are all ideal candidates for trolleybus operation. But the bullet has to be bitten. Overhead wires on bus routes in order to reduce emissions. You pay your money, you have the choice.

Unfortunately, as we continually see here on HoL. National politicians and local (ex-) politicians are more concerned about petty tribal point scoring about branding, rather than concerning themselves with cheap, environmentally friendly mobility for all.

Permalink Reply by Michael Anderson on October 7, 2015 at 11:32
I've used trams in a number of cities, including the ones in Manchester, and really do like their flexibility. Coming from Manchester Picadilly Station (and this may have changed since it was redeveloped) they felt more like tube trains and then came up overground and way out to the suburbs. Same in San Francisco where the tram runs under the length the very busy Market Street with "underground" stations along the way and then emerges at the Castro Street station and continues above ground.
Because the timing and gaps between the trams is computer controlled, a tram in 2 minutes really did mean 2 minutes! 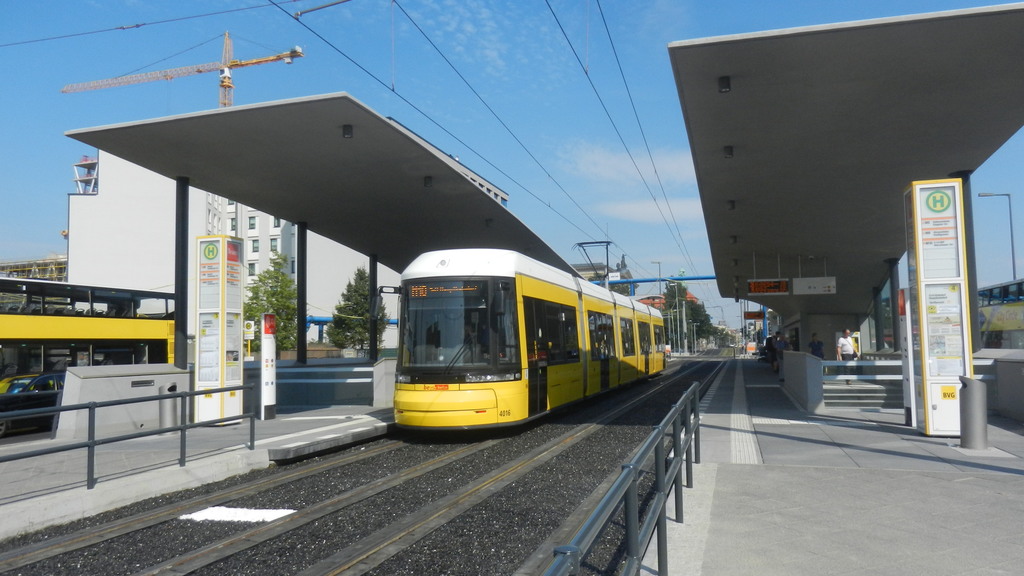 OK, London is building Crossrail 1, but not at such a high percentage of investment as other cities in relation to wealth and GDP (London depends on cheap and nasty buses, driven by poorly paid workers) - a lot more needs to be done and pretty soon. The introduction of trolleybuses is the cheapest and quickest option and could be the forerunner for later tramway conversions. London once had the largest trolleybus system in the U.K. with at it's peak, 1,800 vehicles in operation. Harringay, as well as most North London was served by a superb, efficient system, which was swept away in the early 60s, ten years after the trams were scrapped.

The norm is, even in the U.K., that when trams are introduced, ridership goes through the roof. It's called security in the rails - service reliability.

Hi, I live on Mattison Road and there are lots of people sitting in their cars with the engine running outside our house. It's not only air pollution, it's noise pollution too. I'd like to get sign up that says 'no engine idling' or something like that. Do you know what would be the best way to achieve this? Speak to the council?

Permalink Reply by Michael Anderson on October 9, 2015 at 7:32
I think that Islington are the only local authority who actively try to deal with engine idling. Depite it being unlawful and a real nuisance to people to live on roads where this happens, the Telegraph rather predictably said it would cause misery for drivers.

Sometime ago I had a scaffolding lorry idling in traffic in front of my house and to top that they emptied a full ashtray out of the window just as I came out my front door.  I did report it to their employer but I doubt any action was taken.

Warham Road has the highest NOx readings out of any of the Ladder Roads. Maybe start here with your traffic management and "allocate" more to roads which much lower readings.

Permalink Reply by Michael Anderson on October 9, 2015 at 13:31
I hadn't spotted that Dominik, thanks. But I suppose it makes sense. It's one of the busiest roads because of traffic coming over from Salisbury Road and it's one way up hill so I would imagine the engines have to do more work, resulting in higher emissions.