Image a little dark but wondering what might have caused this flurry of digging activity, which I've never seen before in our garden. Whatever it is it's determined to get into the tree box from the bottom and in doing so has dug out a considerable amount of soil. Note soil mound next to wall, about a foot high. Because the entrance hole is only a few inches high it can't be a cat or fox and I've never noticed a squirrel do this ... 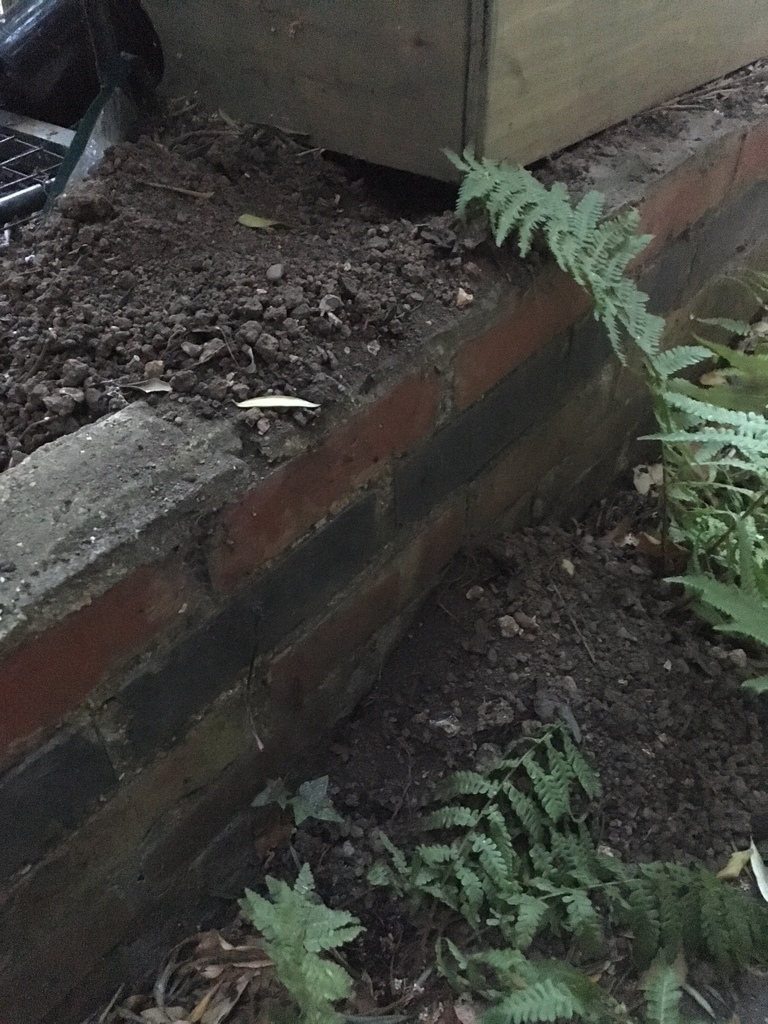 We found half a roast chicken under our decking.

) but normally they dig down for food stores that they've hidden previously, not dig up into a box from the bottom! Maybe the dry weather is making them do different things but I don't understand what they would be looking for. ...

... ah, just realised, that as we have installed a new box around that tree since last autumn ( when squirrels bury their food stores) and the old one had completely fallen apart so accessible from all angles for food burying, that said squirrel is prolly now back trying to deal with new box boxing in its stores.

No droppings found so prolly not a rat and we've never had one before strangely. No smell of a fox and walls are too high for them. Was kinda hoping it might be a hedgehog ... haven't seen one of them around Harringay for over 20 yrs!

So, going with squirrel

Thank you all for your thoughts. Btw, if anyone has seen more recently or thinks they have had hedgehogs let us know!

We've recently acquired squirrels in our garden at the bottom of Pemberton Road and they're doing the same thing to my pots, so I would have to second that.

Matt. I must get you round to mine to do the sniff test

I also found an egg awhile back buried in my front garden box. Well I few weeks later hole dug up in in the very place.And continued to happen. I felt so bad I almost buried another egg  for the foxes there