Cakebread & Robey of Wood Green (and The Salisbury!)

Cakebread & Robey was a noted supplier of satined glass and other goods with its headquarters in Wood Green from around 1914 until the late 1960s.

The company was founded in 1882 by George H. Cakebread and Arthur E. Robey as Cakebread Robey & Company, It became a private company in 1917 and a public one in 1928. The company was a significant exporter of its products chiefly to India and other British colonies.

Often decsribing itself as a 'Builders' Merchant', its origins and speclialsim were as a supplier of engraved and stained glass to public houses and hotels. John C Hill was a customer. So locally, Cakebread and Robey glass was used for The Salisbury in Harringay and The Queen's  in Crouch End. Below is a snap I took with my phone many years back  of the ceiling panel in the back room of the Salisbury. 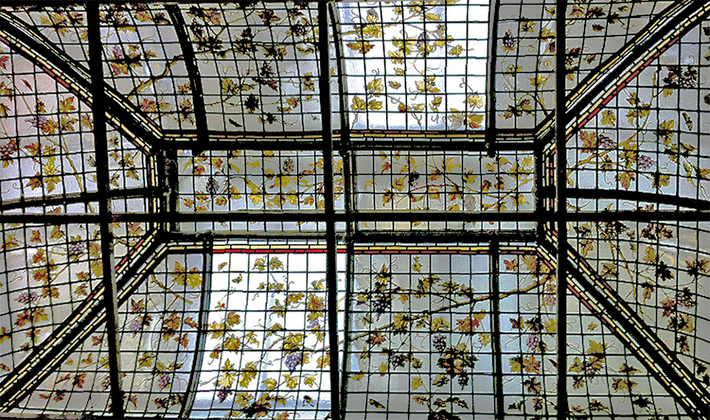 I think Cakebread's piece de resistance in The Salisbury is the now lost (I think) ceiling window at the back of the Saloon bar. It is just visible in this 1899 photo of the pub's interior. 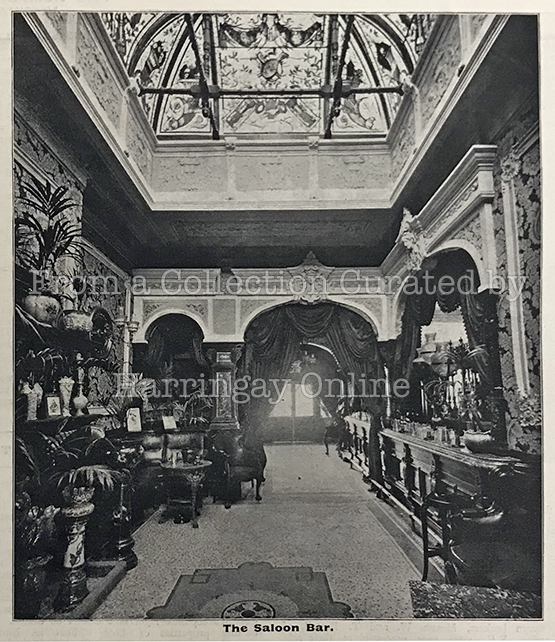 The company also made stained glass for churches. Examples include St Andrew's church, Chase Side, in Southgate and St Michale's Church in Wood Green. The window below, the Christ Compassion Window, is in The Minster Church of Saints Thomas Newport on the Isle of Wight. As it diversified, the supply of stoves, sanitary fittings and household ironmongery also became important parts of their business. They also made wallpaper and paints. 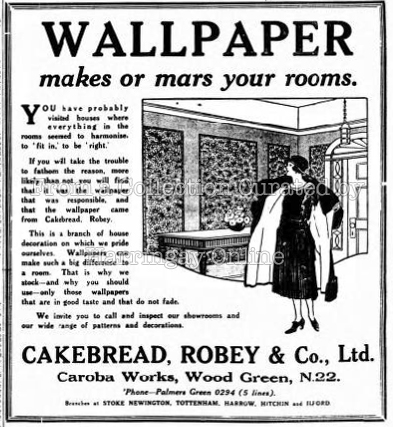 And this monster was called a 'portable kitchen range'! 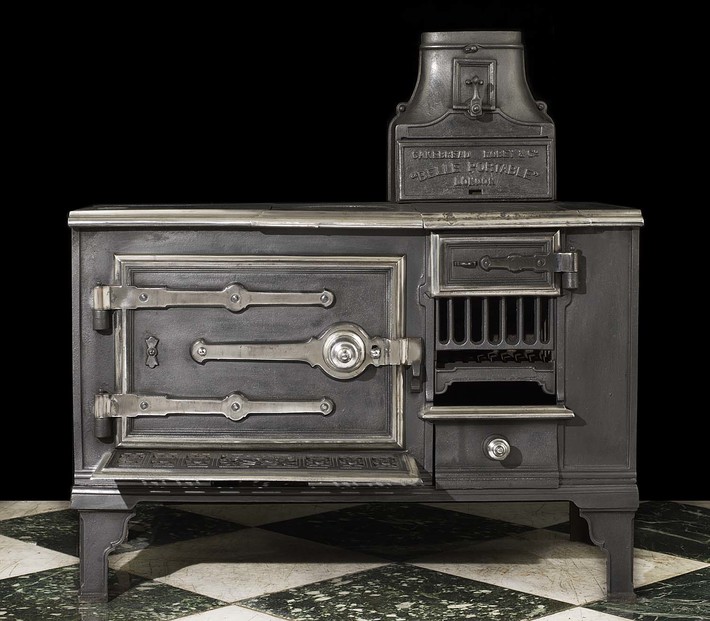 This surviving painted advertisement in Stoke Newington sets out their wares: 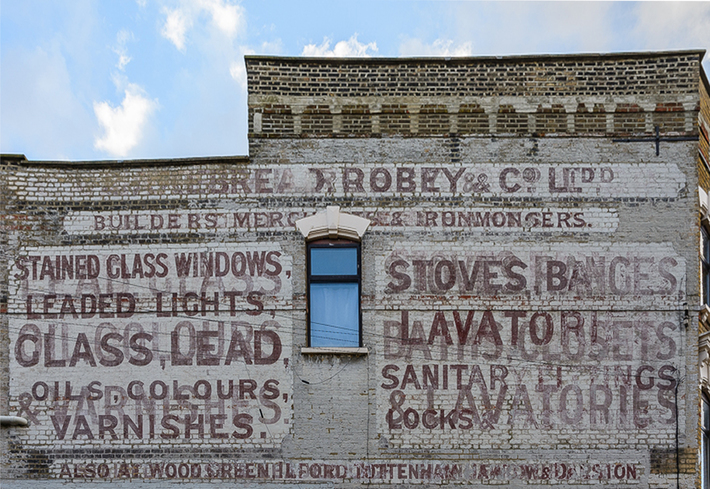 The company was originally based in Stoke Newington, but from around 1914 they moved their HQ to Caroba Works on Wood Green High Road. The premises was on Jolly Butcher's Hill, just north of the old Library.

In the 1960 photo below, the old domed library is on the corner of the High Road and Station Road. Next along, just 'above' the woman's head, is Cakebread and Robey. Both buildings have been replaced by River Park House.  (Incidentally, a little further up the hill, you can see the construction of Ashley House which replaced the recently demolished Jolly Butchers Pub) Another image from the same period, showing a better view of the Caroba Works: Below is a full page advertisement from 1914, just after they'd moved thero HQ up to Wood Green. 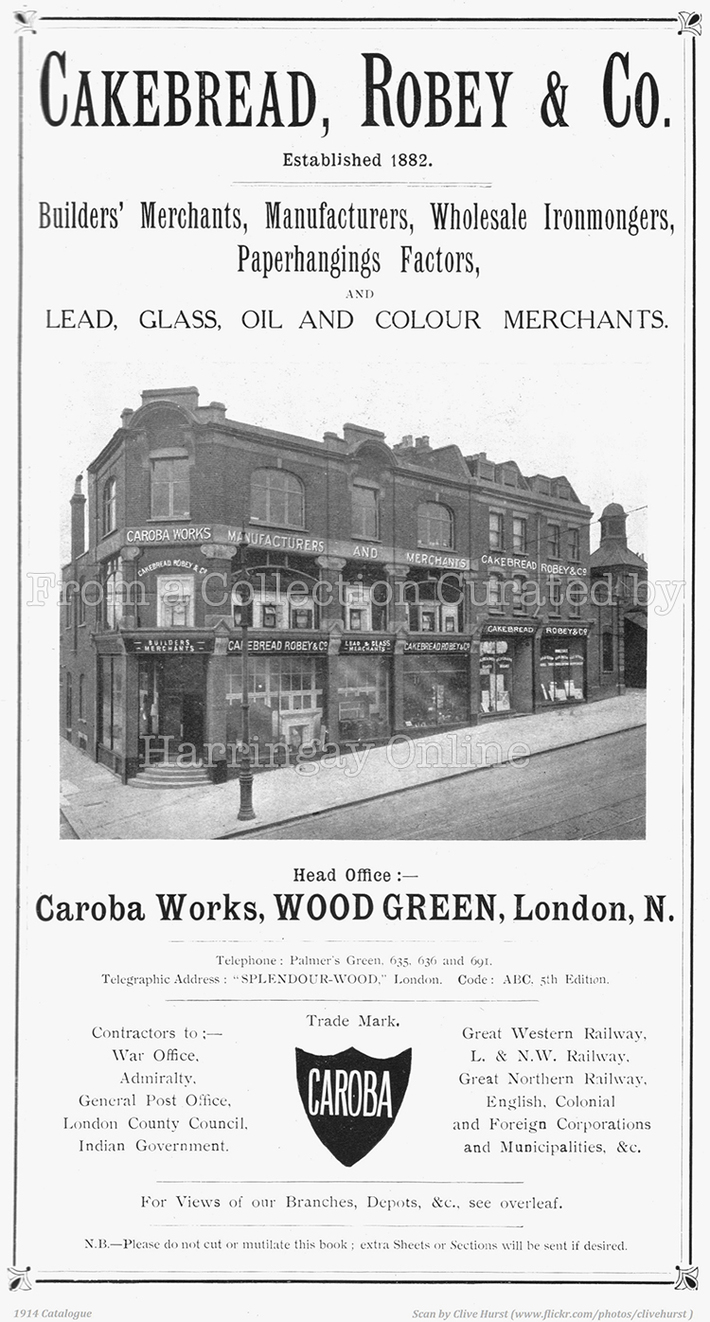 The firm moved out of Wood Green around 1970. It is now trading under the name Neville Lumb and has been part of French multinational St Gobain since 2001. It is known primarily for its sanitary and plumbing products. Sadly, their history is completely overlooked on their website.

Dozens of objects crafted by Cakebread Robey have been given to Bruce Castle Museum. These include a war memorial and an intricate stained glass window formerly displayed at Alexandra Palace.

Hi Hugh, do you know what happened to the window in the back of the Salisbury? Was it demolished when they had the make over 15 - 20 years ago? If it was then it seems a bit odd as one would have thought that they would have wanted to keep it, as it chimes in with the rest of the Victorian restoration look that they went for!

No, I don't know Padmadipa. I imagine at some point the Saloon Bar skylight became irretrievably damaged and was simply removed. I'd have thought that would have been prior to any restoration work. From the old photo, it looks like it was made of curved glass. Perhaps that made it particularly expensive to repair/replace. That might mean that as time went by, glass that broke wasn't maintained or replaced, water got into the iron framework and finally the whole thing was beyond saving.

I checked on Google maps and sure enough, you can see the rear skylight, but where the saloon bar one once was there's just a puddle of rainwater. I had wondered if it was there but damaged and covered up. This confirms that it's been completely removed at some point - it's a real shame. 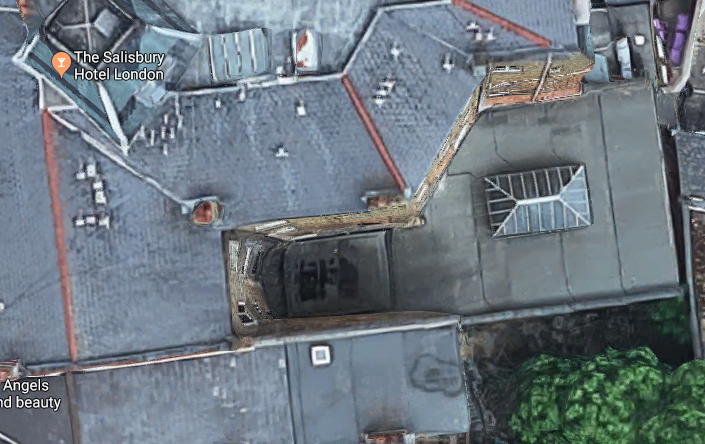 The main skylight in the GNR Tavern on Hornsey High Street has had better luck, but I have no evidence to say that it's by Cakebread. I included a photo of it in my shots of the pub just after its revamp in 2010/11. 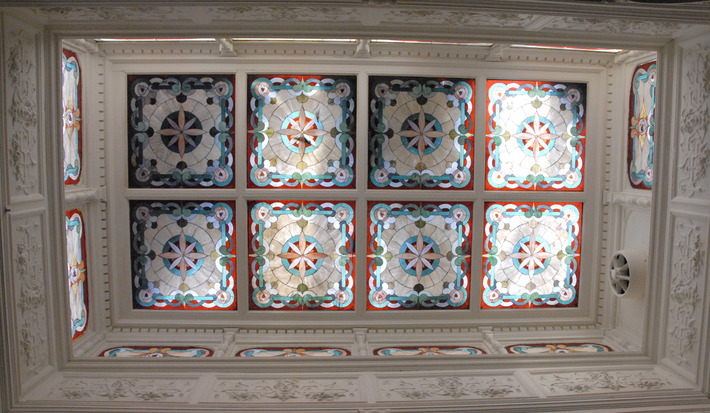 Thanks Hugh, that is interesting - I’ll go check out the glass in Hornsey High Street!