50 years ago, 3rd October 1965 - Diversion of the Piccadilly line tunnels at Finsbury Park

Reading Hugh's posting on a Piccadilly line /Overground interchange station in Harringay got me thinking about the construction of the Victoria Line in the 1960s.

The Victoria line was the first underground railway to be built across central London for sixty years. It was a 'state of the art' railway when completed, using automatic train operation and was innovative in that it was woven into the system already in operation, rather than around it, in order to make travelling easier for those using it. In order to achieve this, cross platform interchange with other lines was to be provided at Oxford Circus, Euston, Highbury & Islington and Finsbury Park.

Finsbury Park became an underground railway terminus when the Great Northern & City Railway from Moorgate was opened in 1904. It was joined by the Great Northern, Piccadilly & Brompton Railway from Hammersmith which opened at the end of 1906. Two separate railway companies with separate stations. From that time on until the early 1930s, when the Piccadilly Line was extended northwards, Finsbury Park was an important interchange Tube>Tram/Bus>Tube.

Once the decision had been made to build the Victoria line, plans were made up to provide same directional cross platform interchange at Finsbury Park. In order for this to happen, the Northern City Line, as it was then known, was cut back to Drayton Park. New tunnels to divert the westbound Piccadilly to and from the former bank of Northern City Line platforms were constructed.

The new tunnels were constructed and at the connecting points larger 'step plate' tunnels were built under running conditions around the existing tunnels as the westbound Piccadilly tracks had to be diverted without interruption of the service. On the night of 3rd October 1965, fifty years ago, all was ready. 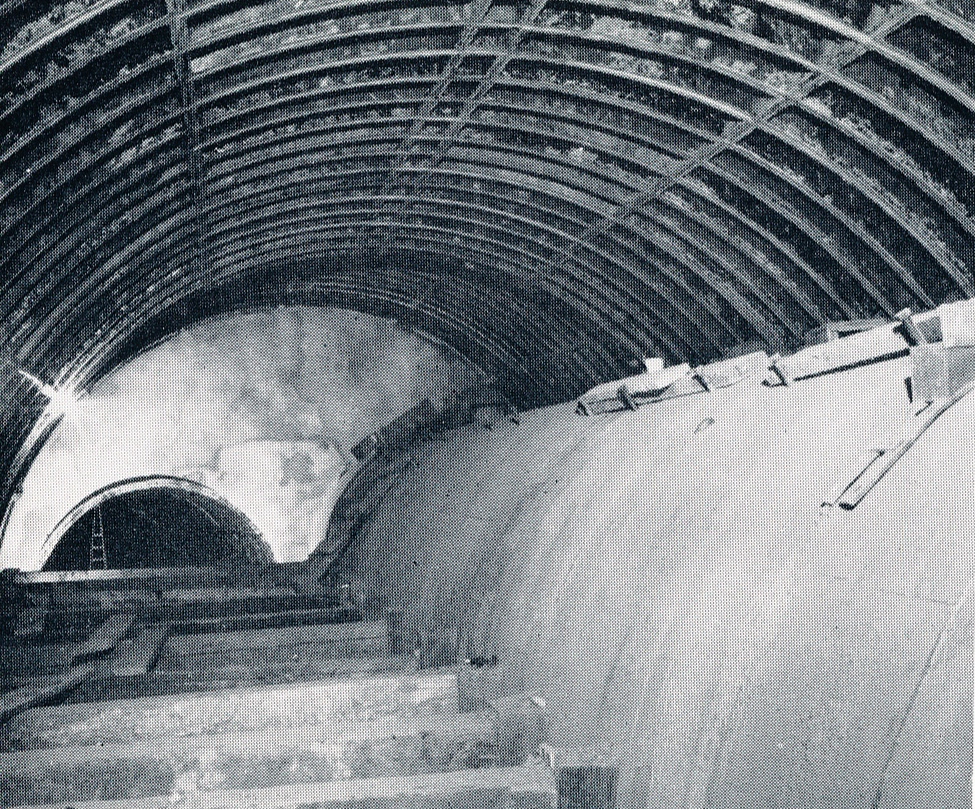 (above) North of Finsbury Park, the new tunnel is seen running into the larger junction tunnel alongside the old (1930s) tunnel, which was supported on fabricated steel saddles with wooden packings on wooden struts from the enlarged tunnel. Trains continue to run at reduced speed. (above) South of Finsbury Park. When all was ready, the old tunnel (left) was demolished at night. Here the new diversion tunnel rejoins the old track, albeit at a different level. (above) As the old tunnel was demolished, the track was supported on trestles, on which the next days trains were to run. In the new tunnel, the trackwork is already in place. 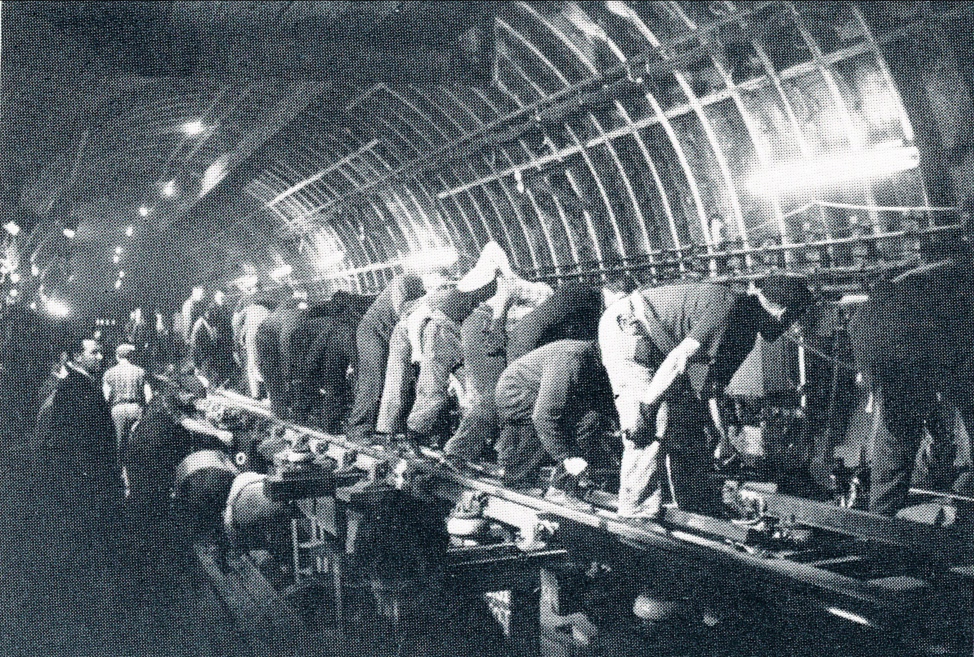 The night of 3rd October 1965 was a night of hectic activity, planned in the greatest detail. Back then, much more muscle power was used than machinery. Although the constraints of the working space, meant that the use of large machinery wasn't possible. The work began after the last train had passed at 00:03. At 14:00 on the 4th October 1965 the first train passed through the new track. The whole operation had been completed in one weekend.

Although mostly long forgotten, it is still possible, when travelling from Manor House through to Arsenal, to make out the 'new' tunnels brought into service at that time. These 1965 works were just the beginning and cross platform interchange to the Victoria line was first possible on 1st September 1968, when stage 1 of that line between Walthamstow Central and Highbury & Islington was opened.

Thank you Gordon. If I hadn't have seen Hugh's posting, it wouldn't have even come into my mind.

Completed in one weekend eh ?

Nowadays both lines would shut down for six months - that's progress

John D, on that weekend it was only the southbound (westbound) Piccadilly line tracks that were connected up. The tracks in the new tunnels had been laid previously. Nevertheless a great achievement.

I guess that these days H&S issues would slow the whole more automated process down. None of the workers in the tunnels seem to be wearing safety helmets. I can only make out one flat cap.

Permalink Reply by Abi on October 3, 2015 at 23:13
A fascinating read, thank you. I will be scrutinising the size of those Finsbury Park tunnels when I change going to and from work on Monday.

Permalink Reply by Abi on October 4, 2015 at 9:11
Would this also explain why, when travelling onto Finsbury Park on the Picc line from the North you go onto a really wide bit of tunnel that seems to have excess space to the right? I have often wondered.

Well, you should be able at least to hear the difference. Also the fact that there is no tunnel in view for a few seconds, as you say, on the right hand side (both north and south of Finsbury Park station).

Yes, that's right! Good to know the history. I'll definitely give it a closer look next time.

I haven't been this excited since I found out about the spiral escalator at Holloway Rd...

I would be interested to know if you noticed anything..