I came across a note about the Parkhurst Cinema, whilst following up about the small short-lived cinema at the bottom of Seymour Road in Harringay. Since the Parkhurst was on a corner that many of us will be familiar with, I thought it was worth sharing here on HoL.

The Parkhurst Theatre is on the corner of Parkhurst Road with the Marlborough Theatre to its left.

The Parkhurst was built in 1890 and the Marlborough was completed in 1903 to plans by theatre architect Frank Matcham.

The Parkhurst Theatre was having picture shows by July 1908 closed as a live theatre in 1909. It was taken over by Biograph Theatres Ltd. and was converted into a cinema, opening in March 1909.

At the time, it was one of the two cinema theatres in the country managed by a woman.

The Marlborough was also converted into a cinema by 1910. It was taken over by Odeon Theatres Ltd in 1940 and closed in 1957. Demolished five years later, it was replaced by 'The Marlborough Building', part of the City & Islington College. 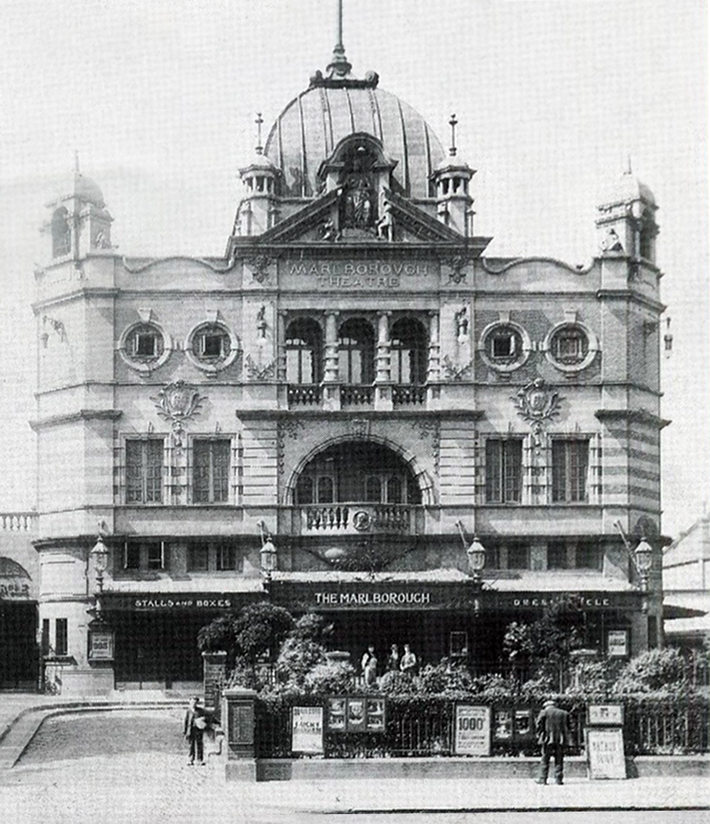 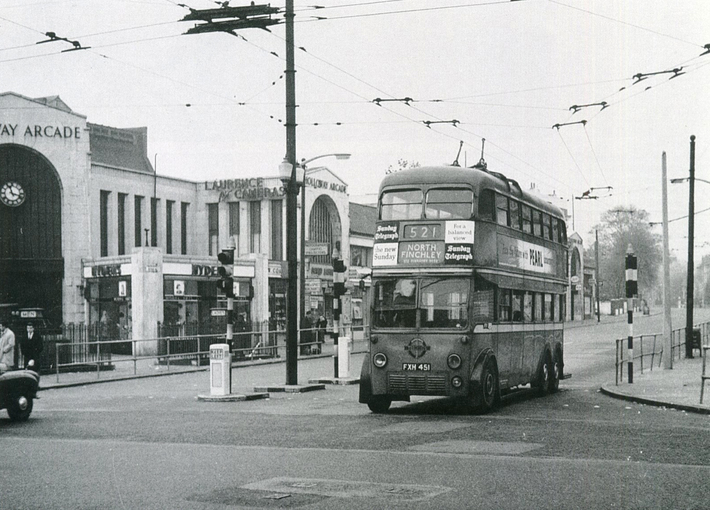 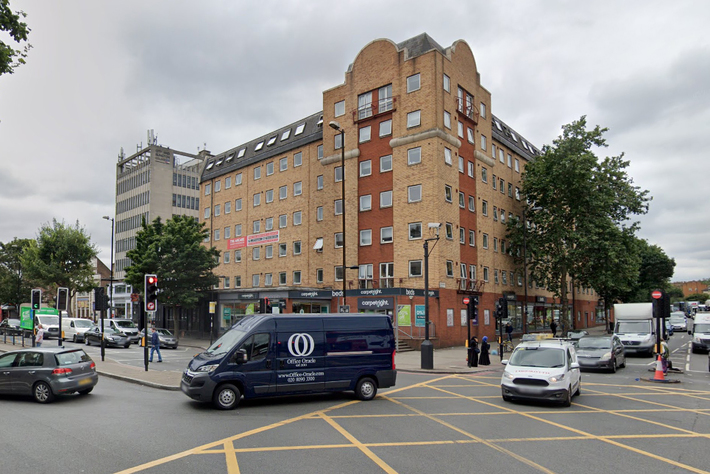 Tags (All lower case. Use " " for multiple word tags):
Albums: Historical Images of Nearby London

Fabulous series of photos Hugh, really interesting to see the changes over time and it's a shame to have lost such a handsome building (the Marlborough).

Wow! How much more attractive were those previous buildings than what we have there now?

Jeremy Buck, he of the Haringey's Cinemas book, has just pointed out to me that the circular driveway in front of the Marlborough is still there today, as the G Maps Birds-eye view below shows. Jeremy also referred me to the newly published Matcham Directory (published by the Frank Matcham Society) which mentions that whist building the Marlborough, Matcham also laid out a footway called Macready Place between the two theatres (shown in the 1913 OS below). This footway is still marked on Open Street Maps, but not currently on Google (although I've submitted a request for that omission to be rectified - let's hope he doesn't turn out to have been a former slave owner!).

I'm assuming in fact that the eponymous Macready was Victorian actor and theatre manager William Macready.... unless anyone knows different? Can't remember if I've mentioned this before. If so, apologies.

We have relatives living near Portsmouth. One of whom works from time to time at the Kings Theatre, one of the remaining Matcham designed theatres. One Christmas we saw their pantomime & got a backstage glimpse.
https://www.flickr.com/photos/alanstanton/31706097280/

Not everyone realises that long before the Covid-19 pandemic the economics of such theatres - and keeping their buildings running - has been incredibly precarious. It sometimes seems to me that people assume such handsome and often magical buildings will just "be there". And that we can have new theatres without long-term or even medium term plans for their funding. Or consider whether the audience for theatre is stable or shrinking.
(Perhaps a bit like the assumption that we can always have High streets and malls and big box stores and Amazon and Ebay etc etc.)

As a boy my younger brother and I were occasionally taken to the local Essoldo cinema by our surviving grandparent. The building "inherited" some of the similar magical look and feel of traditional theatres.  It has gone of course. The facade, I think, may have been art deco.

Not long ago I was fascinated to read: "In Broad Daylight; Movies and Spectators After the Cinema"  a book by Gabriele Pedullà. (It's out of print & have only an e-copy.)  I learned all sorts of things about the history of commercial theatre and cinema buildings. Like going to the theatre to be seen; "the ritual of "movie-going"; and the oddness if sitting in an almost "black cube". (A sort of sister? to the clinical "white cube" of art dealers.)
I also realised why two little boys with their granny found it so magical to walk past the very ordinary station, the barbers, and Maynards sweetshop and up stairs through a grand portal onto a vaguely remembered carpeted entrance lobby with glitsy lighting. The magic is supposed to begin from the pavement. It did.

I seem to recall that it was within the Holloway Arcade that Armstrongs had their hi fi and radio shop in the 50s and where my father paid about £60 for an, at the time, rather posh Armstrong stereo radiogram as we called them. Looked like this: 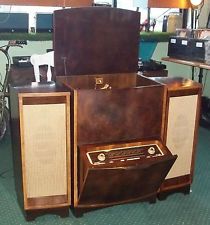 There's a history of Armstrong Audio here, which mentions the Holloway Arcade though not the shop within.

Armstrong Audio still exists as a repair shop in Walthamstow, very near to Blackhorse Road station. They repaired my 1975 Armstrong 626 receiver about 15 years ago!

Re Macready Place, I'm assuming it was named after Victorian actor and theatre manager William Macready.... unless anyone knows different?