Interesting to view at full resolution. Notice the new (now demolished) church being built in the background. Given that the new church was consecrated in 1889, it may be that the date I was given for this photo is wrong and it might be c1888 (see information in my comment below).

There have been three St Mary's Churches in Hornsey. The first dated from the end of the thirteenth century with a tower added in around 1500. 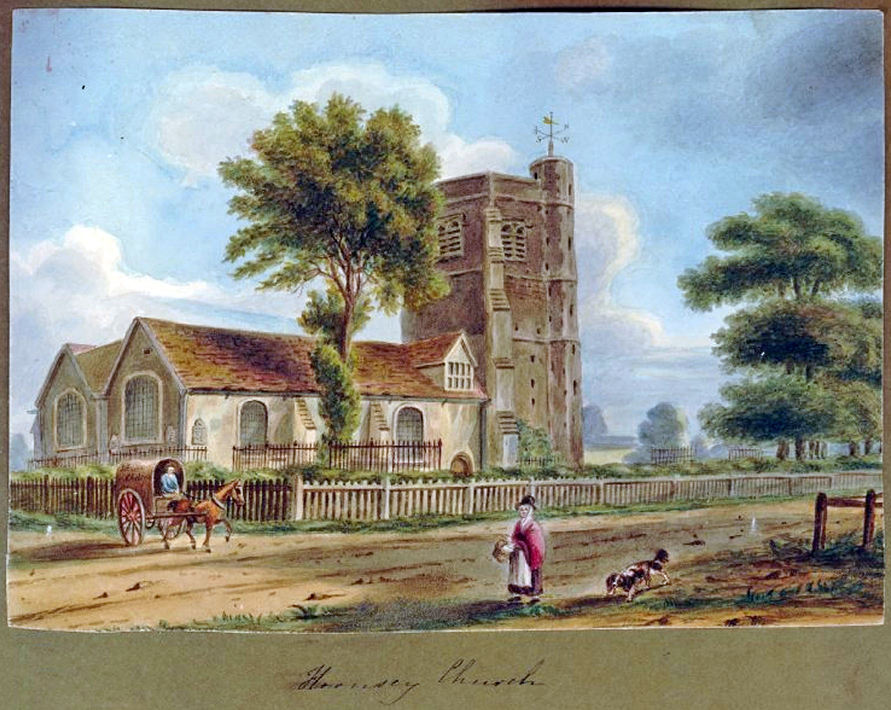 There's another view of the original church here. 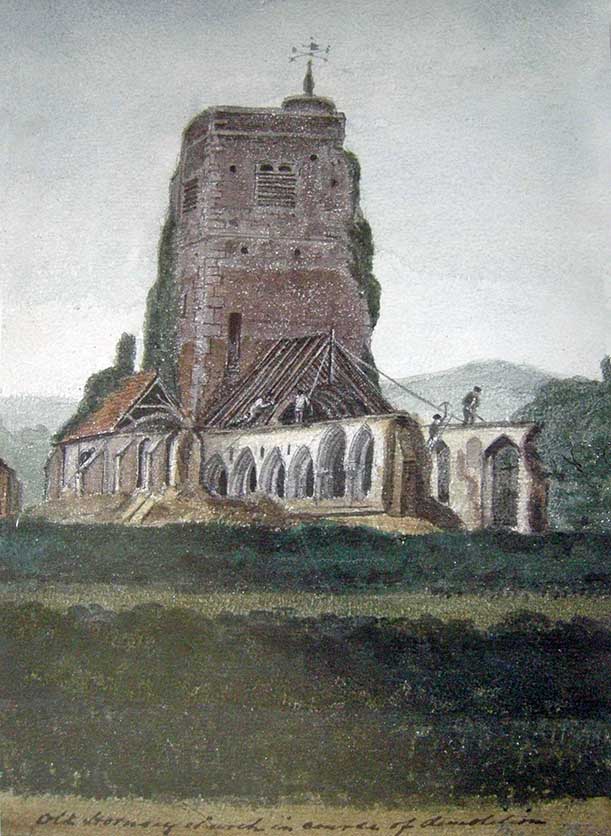 2. The main part of the original old church being demolished in 1832

By the start of the nineteenth century, the church was considered to be too small and awkwardly configured. So, all but the tower was knocked down and rebuilt (as shown in the main photo). With the rapid development of the area, by the 1880s even the enlarged church was thought to be too small and a completely new church building was erected just to the east of the old one. This was opened in 1889. The following article, reporting on the consecration of that church, tells the story thus far quite well. 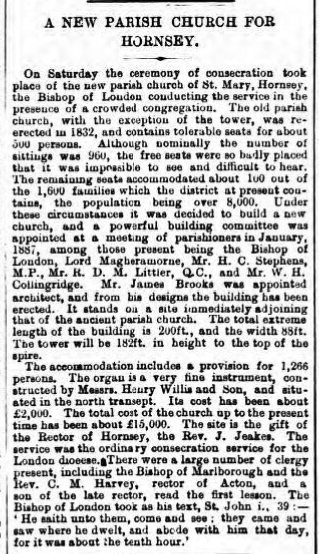 In 1893, the churchyard of the old church was closed to burials. I assume that it was around this time that the Council agreed to take over its care. 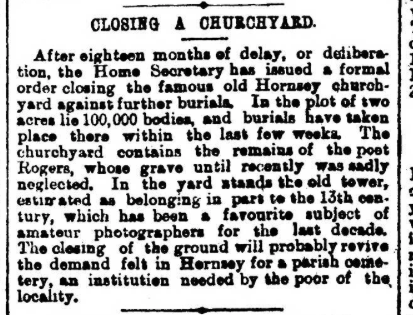 Perhaps an incident a few years later led to the Council's intervention.

Do you know how it came that Hornsey District Council took over the church and why a new one was built?

I think there was a serious problem with subsidence and the old church was demolished although the tower was saved.

I think you may have a couple of stories mixed up, John. See original post.

As I understand it it was the third church that was affected by subsidence. The subsoil was unstable and cracks began to appear and it was thought to be unstable, so was demolished in 1969.

Richard, I've just come across another photo buried deep in my archives that is very similar to this one, but there's no fencing. The growth of the ivy is very similar too. So they can't have been taken very far apart. Given that we have a date form the London Evening News, I wonder if the image I originally posted is late 1893/early 1894 and the one below id perhaps late 1892 / early 1893. 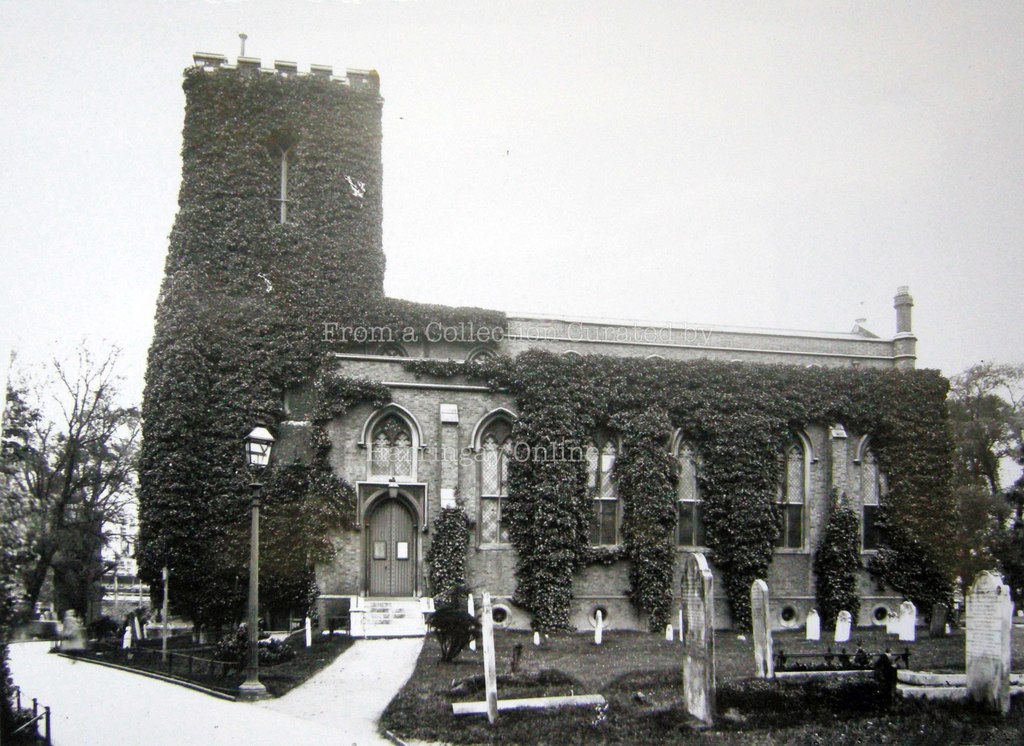 Also a couple of pictures of the 1889 church shortly before demolition - and, rather sadly, during it. 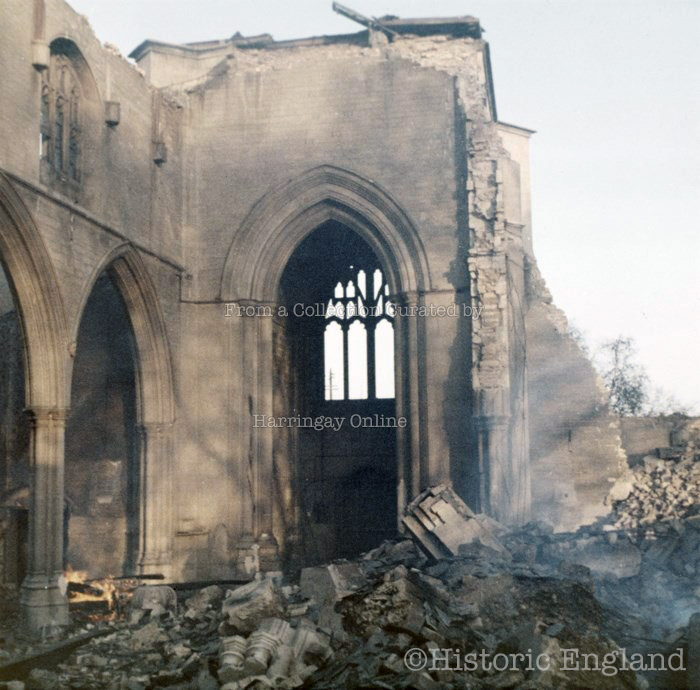 My parents married at St Mary's church here in 1945, and the external fancy wall remains in some places around the current school.