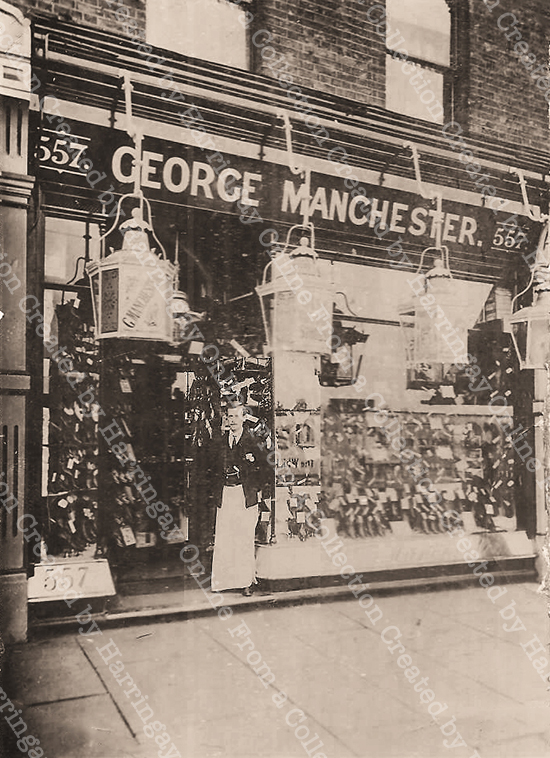 George Manchester's bootmaker shop was at 557 Green Lanes two shops up from the bottom of Hewitt Road. The business was located there for 60 years from about 1898 until 1959.

George was born in 1867, the fourth of six children of bootmaker, Henry and his wife Emma. The family were living over the shop in the Portobello Road.

By 1881 the family had moved out to Hammersmith where George lived until the 1890s. After his school, he learned his trade at his father's knee and became a bootmaker himself.

By 1900 he had set up his own business in the new suburb of Harringay, and moved into the flat above the shop with his new wife Alice.

George and Alice raised a young family in Harringay. Although they moved out to Southgate (I believed in the late 1920s), the business continued running until George's death in 1952 and seven years beyond.