I'm guessing the date. But that looks very much like a bull-nosed Morris which was made between 1913 and 1926. So I plumped for a date in the middle of that. It could of course be an old car at the time this photos was taken and be later than 1926.

Note the dutch gable ends-cum-pediments on the buildings on Broadway. These have now been removed. It makes quite a difference.

In respnse to a question asked by john McMullan, some history on the Harringay Arms.

The pub had opened and was fielding sports teams by 1864. I can find no earlier record. By way of confirmation:

The earliest Kelly's Directory I can access is 1892. This shows that at that time, the street address was 4, Chapel Place 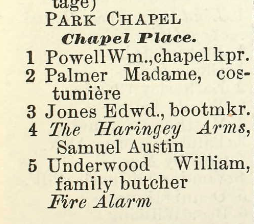 Of course, the story brings us immediately to the question of the-ey and -ay forms of Harringay/Haringey.

In almost the same year the Ordnance Survey map shows the -ay form for the road almost opposite the pub. 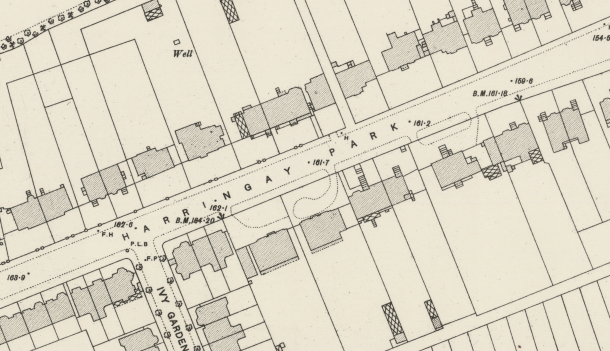 Now both are permanently reversed.

In 1894, the pub was one of several premises sold by H.W. Elder's trustees on death of Mrs. Sarah Elder. It seems that spelt the end of the pub for a few decades. It's probably worthy of noe that the documentation of that sale refers to the premises as a "Beer House" rather than a public house.

By 1896, the Haringey Arms ceased trading as a pub and became a beer seller. Perhaps Samuel Austin lost his victualler's licence. At any rate, the business had been taken on by James Winch who had obviously succeeded in getting a licence for off-sales. The address was now 143 Crouch Hill. 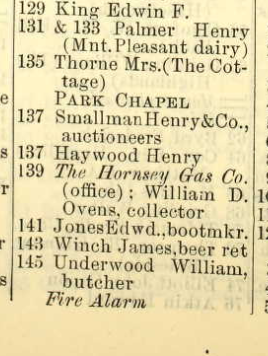 By 1902, the business was being run by Walter Shilling and in 1908, it was taken over by John Price Morgan. Then the following year it Kelly ceases listing it. One assumes it had gone out of business.

See my comment below for the end of the story.

How long has that pub been called the Harringay Arms?

The answer to that,  John, is a more interesting than one might think.

Edit: I've moved my answer to below the original picture because I came up against character limits in this reply.

There's no reappearance of the pub in the listings records until 1969 or 1970 by which time the road seems to have been renumbered and it was at 153, instead of 141. Its name now took the -ay form.

The pub wiki shows that a beer seller continued trading at 141/53 through the first half of the 20th Century.

Because these sites can't necessarily be relied on*, I randomly checked the entry in the Phone directory of 1939 and it appears to be correct.

So, Kelly's appears to have stopped listing the business for some reason. However, it seems likely that it did continue.

I'll tweet the pub - see if they can help.

As ever I love to see the difference. Interesting that the Harringay Arms still exists at least in name - tap room suggests some brewing today? 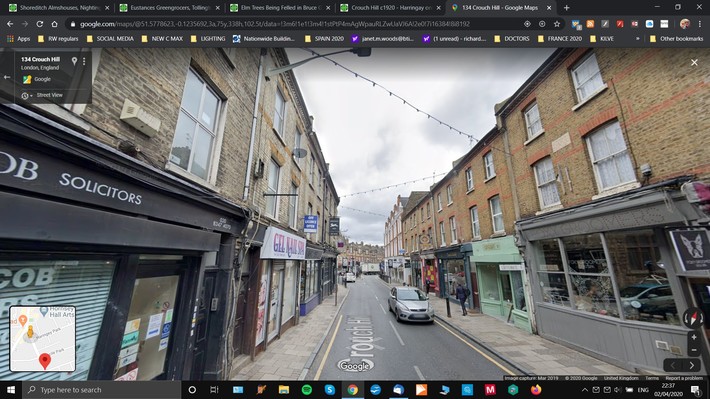 Those Dutch gables seem to be intact, Hugh?

If you look closer, Richard, the ornate gable ends are gone. They probably became unsafe and have been replaced with plain stubby brick pediments. If you zoom in on Street View, you'll see that the new brickwork extends half-way down the sides of each pair of windows. 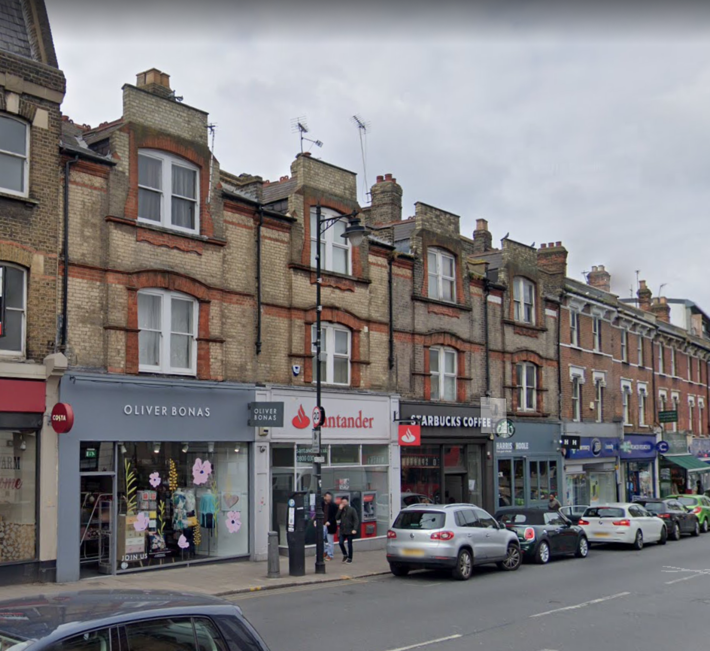 The comment below is moved form another earlier and much smaller version of this photo.